Hollywood loves a good teacher. Whether it’s Goodbye Mr Chips or Robin Williams in Dead Poets Society, the teacher is a perfect star turn for an actor of a certain age and offers that most Hollywood dream: the ability to change lives. Maria Speth’s film is all the more inspirational for the fact that it is no mere fictional conception. Her three and a half hour documentary portrait of Dieter Bachmann, a middle school teacher in a small town in Germany comes over as a version of School of Rock as filmed by Frederick Wiseman. Herr Bachmann und seine Klasse aka Mr Bachmann and his Class is a profoundly moving testament to a good man in the right place.

The place is Stadtallendorf, a town with a long and often dark history of immigration. Herr Bachmann’s class is made up of children from all over Eastern Europe, the Middle East and North Africa. They must learn to speak, read and write in German as well as their other subjects. When the year is through, they will move on to different schools depending partly on how they do and what their ambitions are. When we first meet Bachmann, he’s wearing a heavy metal t-shirt and sporting a beanie. At the slightest provocation he gets the kids involved in playing music and singing songs. He teaches them to juggle. At another point, they go on a field trip to do some sculpting. 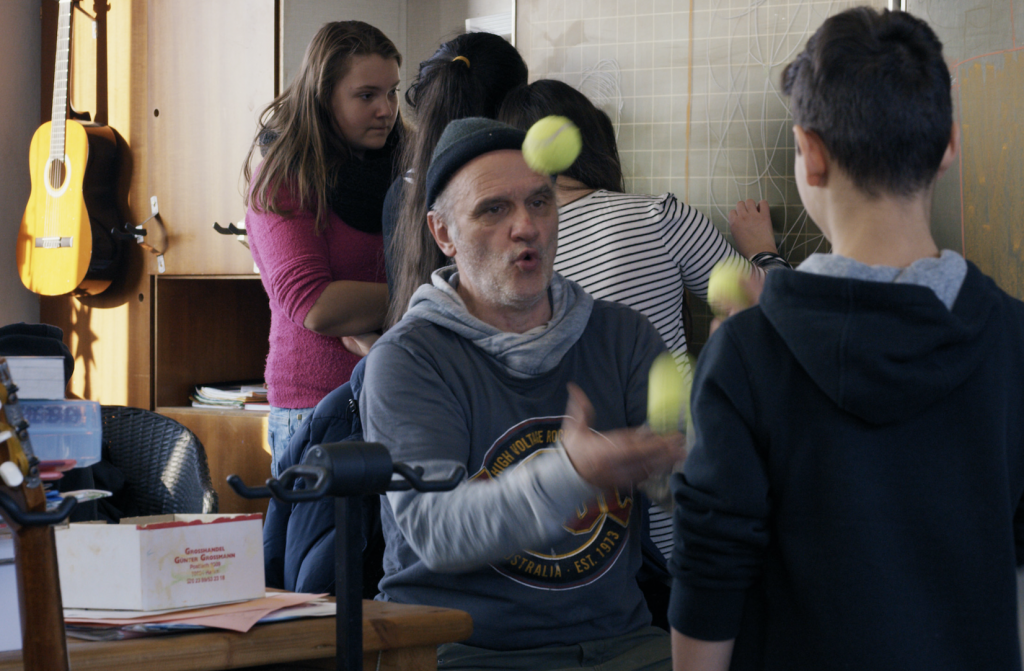 It’s not all fun and games. There’s hard work to be done and these kids have several disadvantages, including the insecurity of not knowing where they might end up next year. Bachmann also has his rules. He’s relaxed about his own language, often cursing, and he’s happy to joke around, but he has lines, imposing punishments and mandatory silence now and then. As much as they obviously have affection for their teacher, the kids call him Herr Bachmann. The length of the film will for many be off-putting. But like Wiseman – an obvious inspiration – time is part of the point. As we spend time in the class, it feels almost as if we become part of it. There are no interviews, no context given. 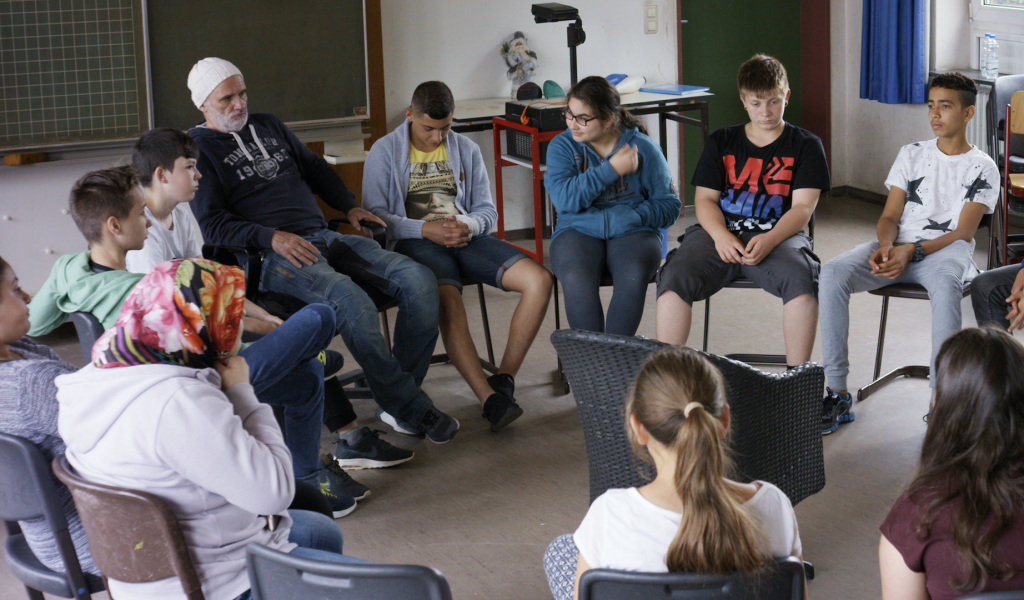 We see no cameras or microphones. An invisibility is achieved and the students behave so naturally. There are outbursts of emotion; there is tension and there are arguments. One kid doesn’t think the weaker students shouldn’t be allowed to take a test. Another girl wearing a Hijab feels offended when they talk about her mosque. But rather than ignoring or trying to paper over their troubles, Bachmann gets them to talk it out, reasons with them, cajoles them, talks to them. He tells them stories about himself: his own family’s experience of immigration, his name given to them by a Nazi official on their arrival in Germany – his own childhood living with alcoholic parents. Empathy isn’t a push for him: he knows how they feel. 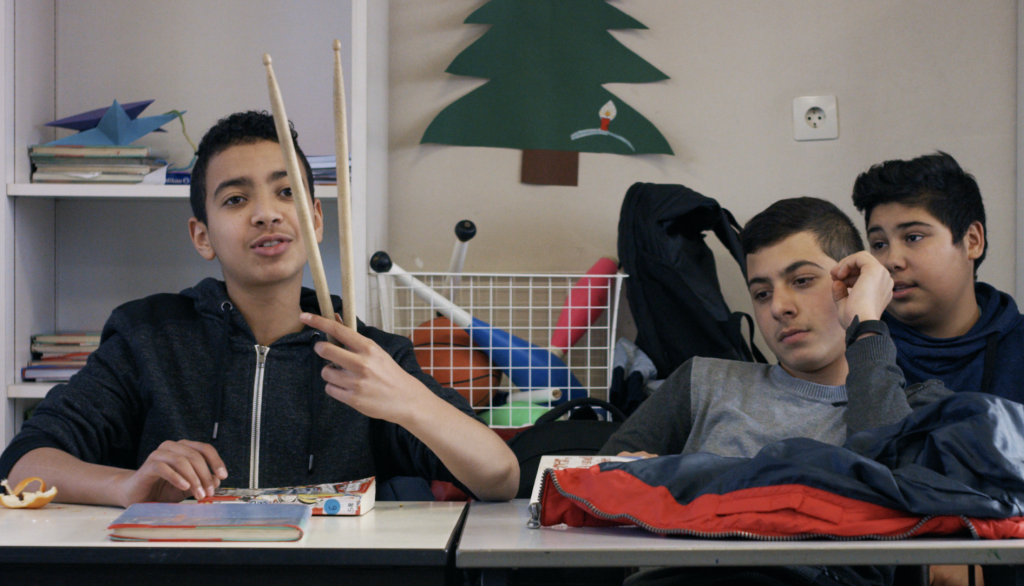 Ultimately it is the generosity of the man and its positive effect on his students. On a school trip during Mr Bachmann and his Class, he gives one of his students a present: it’s the class guitar. The student offers to bring the guitar with him to school so they can still use it. ‘He’s tired of being in school,’ Bachmann says of the guitar. ‘He told me he wants to go to your house.’ The school year passes and the children grow into something approaching the adult. As he approaches retirement, it’s sad to know Bachmann will leave his classroom for the last time, but the effect of his work will go on for decades if not longer.