It seems every time we mention Better Things, we talk about its co-creator, his fall from grace and the subsequent effect on the show. Let’s not do that here. Let’s not even say his name. Let’s focus on the people who matter and how they’ve proven beyond any doubt that they were the reason Better Things is one of the most consistently wonderful half-hour comedy series on TV. Stand up and take a bow Pamela Adlon. It does a disservice to her boundless talent that her name is usually only mentioned in close proximity to that of her former creative partner.

Those of you just about to dip your toes into the world of Better Things will soon know exactly what I mean, especially in the show’s stunningly brilliant second season. This is telly that embraces reality without compromise and still manages to come out feeling warm, optimistic and honest. It’s telly that shows us its protagonist at her worst, making horrible decisions and acting cruelly and selfishly, all the while trusting that by allowing us to understand her, empathise with her and also see her at her best, we are beyond judging her. In essence, it’s a show about real human beings and nobody on TV feels realer than Sam Fox.

Sam is a 40-something single mother to three daughters. Sam’s kids are challenging in their own individual ways, no more so than any other girls their age and no less so. Like everything else in Better Things, it feels unique because it feels just like average, ordinary life. Sam’s an actress, but not an extraordinary one. She faces the same struggles that her creator faces, dismissed for being too old, too edgy, not pretty enough, or as one character describes her: “funny but no tits”.

The world of Better Things is primarily a woman’s world. Sam’s household is made up of her, her three daughters and her increasingly eccentric mother (a scene-stealing Celia Imrie) who lives across the road. The men in their lives are mostly dead, absent or temporary, but the show doesn’t treat this like an obstacle. Sam does the traditionally maternal things (like comforting her daughters and guiding them along their path to womanhood) but she also does the traditionally paternal things. She’s their confidante and also chastises them for over-sharing. 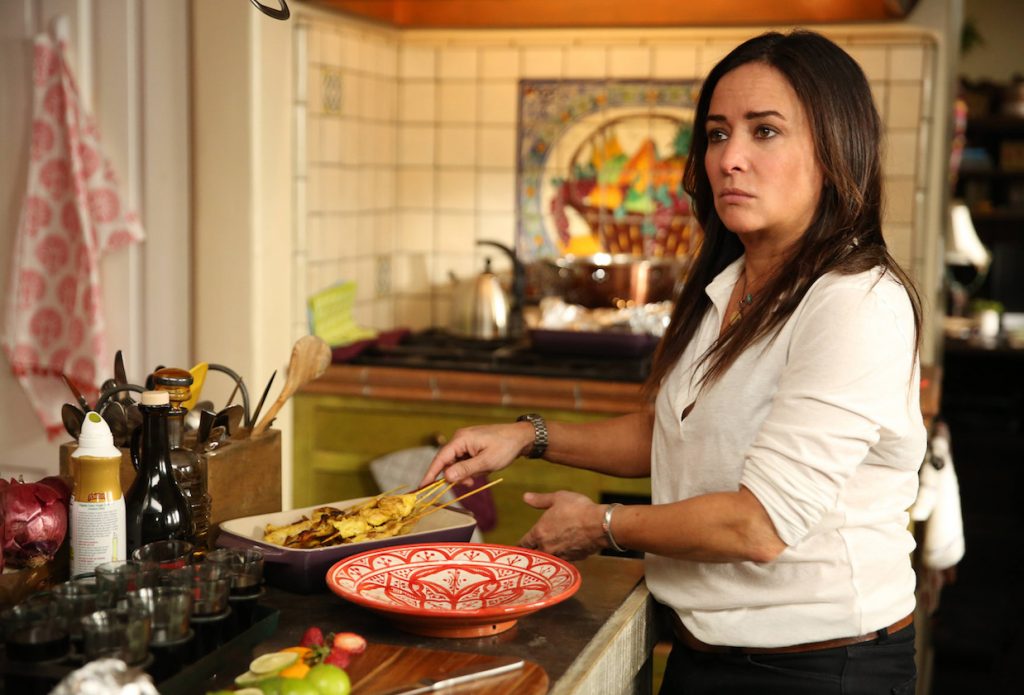 The writing throughout is razor sharp, barbed with wonderful, insightful put downs and softened with moments of true poignancy. Whether she’s dealing with middle daughter Frankie’s insistence on using the boy’s toilets at school, exhibitionist co-stars, her complicated feelings towards her mother or her self-destructive approach to romance, Sam is witty and profound in a way that never seems forced or unrealistic. By constantly aiming for the real, Adlon has instead created something transcendent and utterly hilarious.