NEW YORK – Brooklyn-based composer Giancarlo Vulcano has been steadily making a name for himself in comedy television for a number of years now, initially finding his niche as part of the music team for Saturday Night Live. Moving up to eventual scoring duties on that show’s fictious behind-the-scenes counterpart, 30 Rock, he has subsequently lent his talents to the hit Netflix show Unbreakable Kimmy Schmidt. More recently he created the music for the hotly-anticipated neo-noir series Briarpatch, from Legion co-producer Andy Greenwald and TV wunderkind Sam Esmail (Mr. Robot and Homecoming). We manged to grab some time over Skype to chat with Vulcano about Briarpatch and his formative years in the business. 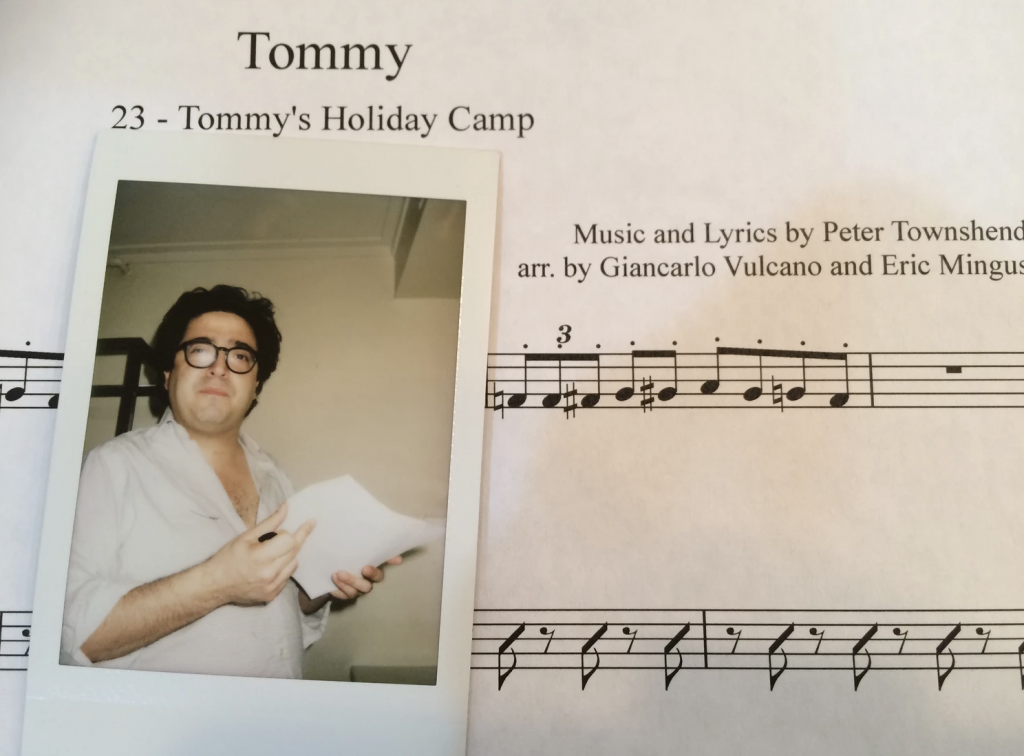 Your IMDb page lists your early experiences as working in the music department on a couple of Scorsese films and Cronenberg’s A History of Violence. Can you talk about what that entailed?

«My first job outside of college was a music copyist. That’s someone who separates the instruments in a musical arrangement for members of a band or an orchestra. I was working at Saturday Night Live where I met the composer of A History of Violence, Howard Shore. Incidentally, he was the original music director of that show. I started working for him as an assistant when he was in the middle of all his work for The Lord of the Rings. I’d do everything, including making sure copyists in England had the correct sheets and getting all the mixes back to Howard. I would actually sit in on the spotting sessions. This is where a composer discussing whereabouts all the music cues should go in the film. It was a little bit of everything. This also meant I was involved in a lot of the recording sessions, most of which were done in London. To see a score on paper for months and then to hear an orchestra bring it to life was an invaluable tool. I feel so lucky that I’d be sitting in the room while Howard conducted. It was really a great education on a technical level».

You started your career scoring short film but your biggest gig after that was scoring for 30 Rock, right?

«Again, that was through the Saturday Night Live connection. All those years when I was working with Howard, I actually held on to the SNL gig. It was back when Tina Fey was still on the show and I was copying for her husband Jeff Richmond – a fantastic composer in his own right – who was working there doing the sketch music. He was a lovely guy and we were friends. When 30 Rock started in 2006 he needed help with the scoring. That turned into playing guitar for score and then heavier work. At a certain point my IMDb credit for 30 Rock turned into score producer because eventually it became about getting musicians in to record and identifying musical numbers for the show in each script. Eventually I composed a bunch of episodes».

Sounds like it was a matter of leaning into your strengths as a composer and hanging in there until the opportunity arose to move up?

«That how it seemed to work for me. There are any number of ways to breaking into the industry but for me I really like the mechanics of music. I’m really a student of orchestration and the way each musical component works. I was certainly trying to ascend in my career. 30 Rock was a really exciting time for me. The show had 20 or 22 episodes a season. I haven’t done a season of that length in a long time. You see movies where a guy is running down the hallway with a piece of paper because an orchestra is about to record and he throws it on the stand. It was really like that».

Fast-forwarding to present day, can you give us a little flavour of Briarpatch?

«It’s a drama, which is a genre I’ve rarely tackled with my bigger gigs. It’s an anthology series where the entire story is held in ten episodes. It’s a noir mystery that takes place in Texas about a woman played by Rosario Dawson who goes back to her home town to solve the mystery of who killed her sister. There’s some incredible actors on the show. The more surreal aspects of the show offered me the opportunity to do some wilder stuff».

Did you get complete freedom to do that?

«My friend and co-creator of the show, Andy Greenwald, wanted things to be crazier. To be pushed to go even further out there is a really fun thing to have happen. I was friends with Andy even before the show and we have a shared love of music. He has great taste and is into things that are far from traditional. It was a real pleasure working with a guy like that».

You say it was a departure for you creatively. Was there any trepidation about signing up for the series?

«It was a departure from the TV stuff I’d worked on, but I was always scoring smaller, often darker, projects while I was on series hiatus, so that style is a big part of my life, creatively».

When you’re scoring for a fantastic actress like Dawson, does it somehow elevate your own work?

«Sometimes the performance on screen makes your music sound better than it is because the acting is so great. That can be deceptive because you can put something underneath a scene and think you’re done. Then you realise that it’s not quite up to the highest standard because the actor is carrying the whole weight. You have to step back and make sure the music is supporting the scene. I noticed that a lot on Briarpatch because visually it looks so great and the actors are amazing. I would just think “oh my god, my music sounds so good” (laughs). Quite often I’d have to withdraw a little and make sure I was contributing properly in regard to my part».