There’s an old saying that goes, “They broke the mould when they made him”. It’s one that could be applied to so many iconoclastic actors over the decades, but it seems to evolve beyond cliché and into an accurate description when applied to Robert Mitchum. Whatever force created him – whether it was an almighty deity or a biological collision – it must have figured it got it right the first time and called it a day thereafter. Born in 1917 in Bridgeport, Connecticut, Mitchum’s father was an Irish railroad worker and his mother the daughter of a Norwegian sea captain. He was a rapscallion as a child – getting expelled from one school for fighting the principal – unable to disguise the devilish streak that would define him as an actor.

As a teenager, he was arrested for vagrancy and put onto a chain gang; as a burgeoning young actor, he was jailed for marijuana possession. When asked about his time in jail, Mitchum replied that it was “like Palm Beach but without the riff raff.” The bust turned out to be a stitch up, but Mitchum never publicised his exoneration. In hindsight, those early years suggest he could only have ended up as one of two things: a criminal or an actor. Thankfully, he chose the latter, but only after a nervous breakdown while working the night shift at Lockheed left him with few other career options. He famously told his wife, “Guess what, your husband is going to be a movie actress.”

Cowboys, criminals, killers and soldiers: that’s the rogues’ gallery that most people associate with Mitchum. It’s likely that the first image of him that springs to mind is Reverend Harry Powell, the murderous preacher pursuing two children through the South in Charles Laughton’s nightmarish fairytale Night Of The Hunter. His Max Cady in Cape Fear was equally terrifying. The two roles are the perfect summation of Mitchum, a laconic insouciance mixed with a frightening intensity, those sleepy, disinterested eyes suddenly flashing with evil urges. When Robert De Niro came to play Cady in Scorsese’s 90s remake of Cape Fear (which featured a Mitchum cameo), it’s no small tribute that his version is an amalgamation of both of Mitchum’s great terrors, even down to replicating Powell’s LOVE and HATE tattoos on his knuckles.

From interviews with the great man and Lee Server’s superb biography Baby, I Don’t Care, it’s pretty obvious that Mitchum would have balked at high praise. He was a straight-talker, an understater, a man who viewed his career in an unpretentious light, but was eternally professional. Often, the dividing line between stars and great actors is considered the ability to disappear into a role. Mitchum rubbishes that idea by utterly inhabiting every role he ever played, while always being unmistakably Robert Mitchum. But then again, he also claimed there’s no such thing as a great actor.

He found a home in film noir, quipping, “I kept the same suit for six years and the same dialogue. They just changed the title of the picture and the leading lady.” His greatest contribution to the genre was the flawless Build My Gallows High (aka Out Of The Past), Mitchum chainsmoking and deadpanning his way through one of the best film noirs ever made. The 70s revival of the genre yielded another career high-point in Peter Yates’ downbeat masterpiece The Friends Of Eddie Coyle, Mitchum employing his hangdog expression to great effect as the title character, a Boston gunrunner trying to talk his way out of a prison sentence and an early grave. That decade also saw him play the great gumshoe Philip Marlowe twice, in the 1975 remake of Farewell, My Lovely and the 1978 remake of The Big Sleep.

Not that Mitchum’s career was all about killers and crooks. He proved his versatility and demonstrated a more sensitive side in Ryan’s Daughter, Heaven Knows, Mr Allison and The Story of GI Joe, earning his one and only Oscar nomination for the latter. Amazingly, he was only nominated once in a career that included around 130 films. But the dry-witted Mitchum probably wouldn’t have lost too much sleep over stuff like awards or reviews. He once said, “I only read the reviews of my films if they’re amusing. Six books have been written about me but I’ve only met two of the authors. They get my name and birthplace wrong in the first paragraph. From there it’s all downhill.”

Towards the end of his career, Mitchum would return to westerns, narrating Tombstone and cameoing in Jim Jarmusch’s wonderfully weird 1995 western Dead Man. His performance in the latter was so utterly Mitchum-esque that it serves as the perfect lasting memory. Johnny Depp’s accountant arrives in a dead-end town to take up a new position. He’s told the job’s gone and insists to John Hurt that he must speak to the boss. “I don’t think you want to do that”, Hurt says, with good reason.

Mitchum died just two years later, but that cameo is one of such incredible fury, that it’s hard to believe anything could kill him. He never aspired to do anything but a good job, and inadvertently became one of the greats. 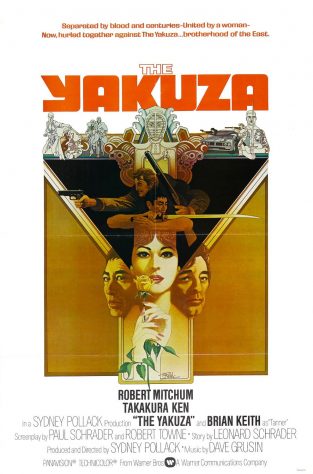