John Wayne was the tall man, the Duke, the man with the slouched gait of the permanently saddle sore. The squint from looking into the western sun. The drawl of a man who speaks only when he has to, and can take all the time in the world to say it, because you are going to listen. The legend. The icon. To some a symbol of all good in the American way – honesty, integrity, courage and cussed independence. For others, he was the ugly American. His way, or the highway: sexist, misogynist and full of jingoistic pride. When an interview with Playboy recently resurfaced, there was the non-revelation of his right wing views, but Wayne has always been a more complex figure on screen than either his detractors or his fans have portrayed.

Born Marion Robert Morrison in Iowa, Wayne moved with his family to California where he attended school at Glendale High School, whose alumni provided the world with a drummer for Supertramp, the Bob from Bob’s Big Burgers and Madeline Stowe. Following a surfing accident that nixed his football scholarship, Wayne got work at Fox Studio where he hung out with Tom Mix and the real life cowboy Wyatt Earp, from whom he copied his walk and drawl. His first lead in a film came in 1930 but The Big Trail proved an expensive flop and Wayne would spend much of the decade shooting B-movie horse operas until he got his first major hit with John Ford’s Stagecoach.

When Orson Welles was preparing to direct Citizen Kane, he watched Stagecoach over and over again to learn how a film was made. John Ford’s film is a masterpiece of early action cinema and Wayne’s role as Ringo, the fugitive who ends up helping save the stagecoach from Indian attack, won him plaudits. The Second World War broke out but Wayne would fail to serve in the army. For many, this failure undercut the uber-patriotism he would later espouse, but Pilar Palette, his widow, would claim that he was compensating for a shame he felt at not having served. It certainly didn’t stop him fighting the war on the silver screen though in such epics as The Longest Day. He even went to Vietnam in The Green Berets, an early film on the conflict and one which did little to reveal the reality of the war.

Wayne’s best movies were undoubtedly those which he made with John Ford, the cantankerous Irish American director who produced some of those most convincing and mythic portraits of the West. With films like The Man Who Shot Liberty Valance and The Searchers, Wayne excelled as both the legendary man of violence who could never be contained by the civilisation he made possible. In The Searchers, he gave perhaps his most nuanced performance. Ethan (Wayne) hunts for his niece, played by Natalie Wood, who has been kidnapped by Comanches, but it is unclear if he will rescue her or kill her. Wayne’s own racism has coloured the way we view the film, but there is a real sense that the rather than simply reflecting the racism of the time, Ford’s movie is analysing it.

As he aged, Wayne explored directing as well, producing the well regarded period film The Alamo. He had come across some of the new actors as they came through his films, starring memorably alongside Montgomery Clift in Red River for instance. But Wayne was often out of step with the times and turned down important roles in High Noon and Dr. Strangelove and any film he regarded to be un-American. In fact, he partly made Rio Bravo in response to what he felt were the anti-American sentiments of High Noon, though in the end he had to personally present the best actor Oscar to Gary Cooper for the hated film.

He finally received his own Oscar for his performance as Rooster Cogburn in the adaptation of Charles Portis’s True Grit and which even spawned a sequel. The cussed old man who’s almost at the end of the trail felt extremely apt and yet he was still able to yell «Fill your hands, you sonsabitches!» and win the day. With Don Siegel’s The Shootist, an elegiac end of the west tale, Wayne brought the curtain down on his own career with a restrained pathos. Whether his death of cancer was caused by his cigarette habit or filming The Conqueror downwind of nuclear weapon testing is hardly here or there. His death saw the end of one of the giants who was as old as Hollywood itself. His legacy would continue whether through filmmakers who admired his macho persona or others who kicked against the stifling consensus he represented. Either way he remains an era defining icon. 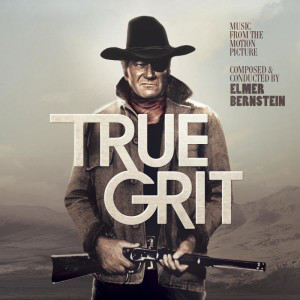