James Stewart is not your archetypal Hollywood superstar. Somewhat gangly in stature, he wasn’t particularly macho, he carried a distinctive awkwardness about his demeanour, he was someone we could identify with in some regards. An everyman, much like Jack Lemmon, but where he differed, was that Jimmy Stewart didn’t always play warm characters we could align ourselves with. We could see ourselves in his roles, certainly, but sometimes the side to ourselves we weren’t particularly proud of. And that’s not a bad thing either. For every C.C. Baxter we need a Scottie, and Stewart’s turn in Hitchcock’s masterpiece Vertigo best displayed this dark side he could tap into, moving seamlessly between warmth and coldness like a broken tap.

Born in 1908 in Pennsylvania, while James Stewart illuminated the screen, he was also considered to be something of a war hero. Having twice failed the medical for being underweight, during the Second World War he rose to the rank of colonel, to eventually retired as a brigadier general. But let’s take it back briefly, for in 1940 he won an Oscar, for his wondrous turn in The Philadelphia Story. On his award the spelling of ‘Philadelphia’ was incorrect, which seemed emblematic of an actor who often played roles who were down on their luck, sometimes romantically, sometimes financially. Sometimes both.

But this prolific actor was also heroic; he was a star of the Western genre, with some of his most memorable performances in the likes of Broken Arrow, Far Country and How the West Was Won. There was a heroic quality ingrained within Stewart, and yet he was never afraid to be disliked. He would play roles that would conflict against the traditionalist image of the Hollywood hero, he wasn’t John Wayne. He would be ruthless, selfish, and at times, he would strip himself of all masculinity and verge on being pathetic on screen. This points to a man without a big ego, someone who only cared about serving his characters, and that was, and still is, the most important thing in this industry.

Even in It’s a Wonderful Life he has a certain darkness about him, he’s a flawed lead. This naturally lent his sensibilities to the work of Hitchcock, who he collaborated with frequently. Not only in Vertigo, but in Rope, Rear Window and The Man Who Knew Too Much. Yet despite that, you could argue that he shared his closest affinity to director Frank Capra. It’s a Wonderful Life naturally stands out, but there was also You Can’t Take it With You and Mr. Smith Goes to Washington – as the filmmaker brought out the actor’s more congenial side. Which, it’s worth noting, he had in abundance. Stewart had this Southern drawl, and was so sarcastic with it. A somewhat odd combination, he would say sharp things without having a sharp voice.

James Stewart made for such a fine romantic lead too. His trademark kiss – where he grabs both shoulders of his co-star and brings her closer towards him is simply iconic – and would light up the screen in so many of his productions. And he’d attract such fine directors for them too. He worked with Ernst Lubitsch in The Shop Around the Corner, with Billy Wilder in The Spirit of St. Louis and he made Anatomy of a Murder with Otto Preminger. Foreign filmmakers who brought a distinct subtlety and sincerity to their work in Hollywood, and with that in mind it’s no coincidence at all they were queuing up to work with Stewart.

He had a quality similar to that of actors from France, Italy and the UK. In Europe we celebrate failure more so than success in our characters. It’s not like in the States, we are perennially endeared to those who get knocked down, and James Stewart mastered such a role. Just take Harvey – one of his finest performances, and certainly one of his most moving, too. Stewart was such a fine actor, and you can tell this as we even refer to him by his nickname Jimmy, as though we knew him personally. Given how authentic and truthful his performances were, it truly felt like we did. It’s why so many of us call De Niro ‘Bob’ or DiCaprio ‘Leo’. It’s an affection we genuinely reserve for the very best – and Stewart sits comfortably in that category. 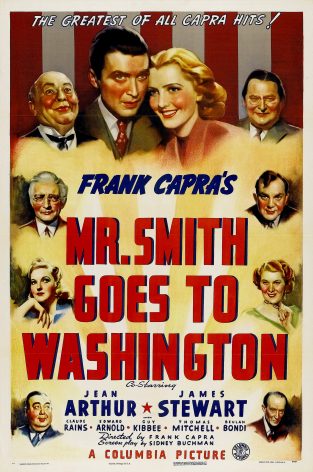