«You know the terrible thing, Fred, darling? I am still Lula Mae, fourteen years old, stealing turkey eggs, and running through a briar patch. Except now I call it having the mean reds…». The confession arrived more or less halfway through Breakfast at Tiffany’s and suddenly revealed to the audience that behind the sophisticated Holly Golightly was a wild creature, as incapable of being conventional, docile and predictable in Manhattan as she had been in a Texas henhouse. Today, after twenty-five years, what we have left of Audrey Hepburn are iconic memories – posters, quotes, merchandise and her style – but we have few about her real innermost nature.

She was much more, as a matter of fact: even if she was a symbol of the stardom, she was far from the star system, growing up among potato fields in the Netherlands, Nazism and starvation, she was adored as a living icon, but – like Holly Golightly – she felt more at home elsewhere, in Tolochenaz, in Rome, at home or in the kitchen. “Audrey makes me fly, she makes me feel blithe, I look at her and I feel good”, said Stanley Donen, who directed her in three movies trying to catch the uncatchable, to define the state of grace that the actress perfectly represented: her precious and unique fragility..

Although Audrey Hepburn’s legacy has endured long after her death, she dominated twentieth-century pop culture for just fifteen years, from Roman Holiday in 1953 to Two for the Road in 1967 before her semi-retirement and a mere four movies in the following twenty years. The final act was celebrated by another dream builder, Steven Spielberg, who depicted her as the angel appearing to Richard Dreyfuss in Always in 1989. “An enchanted creature that you believe in and adore just because she exists and you see her”, noted Abe Weiler in the ‘60s in the New York Times, trying to describe her uniqueness, which paralysed everyone, whether it was Richard Avedon or Fred Astaire facing Sabrina, Arianna, Holly or Princess Anna.

Audrey Hepburn had real style which was always understated, she was elegant rather than fashionable; it was just her identity, a woman looking as fragile as blown crystal but who had survived under the Nazis by eating bread and broth. So what we shouldn’t do nowadays is to think of Audrey Hepburn as a sacred icon: she was much more, she was a complex figure who never fell for the fake star mask. 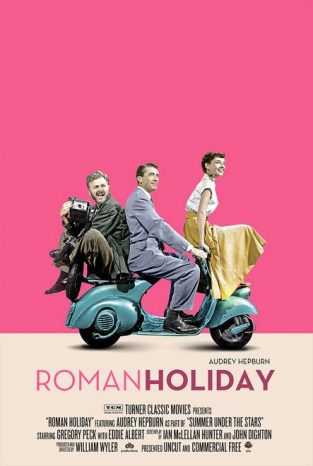