When Keith Fulton and Louis Pepe finished Lost in Mancha in 2002, it looked as if Terry Gilliam’s dream of making The Man Who Killed Don Quixote was over. The documentary chronicled a series of mishaps – including flash floods and cancer diagnoses – which would blight the production and see it finally cancelled. In the years that followed however Gilliam maintained a dogged attempt to bring his adaptation of Miguel Cervantes’ novel to the big screen until finally in 2018 it premiered at the Cannes Film Festival. He Dreams of Giants chronicles this journey but also creates a genuinely moving portrait of a man struggling to rid himself of an obsession.

If the first film was a very black comedy which pitted Terry Gilliam’s obsession against the vagaries of bad luck, this follow up is far less triumphant than you would expect. In fact, the question hanging over the film and Gilliam’s head, is was it really worth it? The situation has not greatly improved. The budget is smaller than it was the first time around, which even then was hardly sufficient to bring his oversized visions to life. He manages to snag Adam Driver in the Johnny Depp role and Jonathan Price who starred in Gilliam’s masterpiece Brazil takes over as the title role. There is some good luck for once: old costumes are found intact, a day is saved when the shoot speeds up.

However, Gilliam himself is older. There are health issues, following a mini-stroke. On set, he is a prickly presence: losing his temper and shouting. ‘I’m not a nice person when I’m nervous,’ he admits in a meeting. But you can’t help but wonder if this hands on drama is really necessary. Where’s his AD? You literally pay someone to shout for you. Gilliam’s career has been marked with difficult shoots and arguments with the studios. He needed to bully the studio into releasing Brazil. Baron Munchausen was an extremely expensive flop. ‘I’m no longer an A-List director,’ he complains. And contemplates the finishing of the film as potentially his last film. 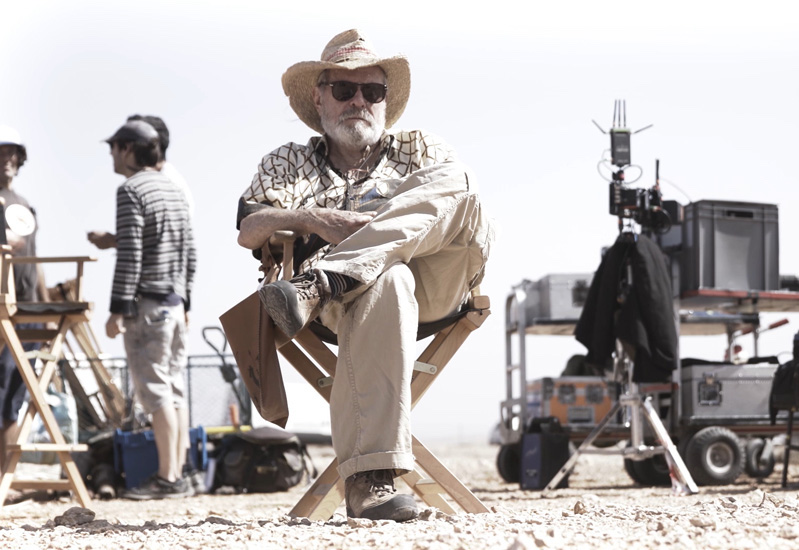 The picture we gain of Gilliam is of a man whose dreams have soured. He wanders around clutching his forehead, but usually manages to overcome the difficulty with good humour. A career of unbelievable highs – add to Brazil, the Python films, Jabberwocky, Time Bandits, Twelve Monkeys and The Fisher King – has petered out amidst poor box office and atrocious luck – the death of Heath Ledger almost completely scuppered his film The Imaginarium of Doctor Parnassus. Now all that energy has gone into completing the Don Quixote film which he describes more as a medical condition or a tumor than as an artistic project. Never have I seen the cost of dreaming the impossible be so plainly portrayed: the genuine madness of the mad genius idea, the suffering for your art which involves a trip to the hospital halfway through. It is a fitting testament to Terry Gilliam’s career and his unique personality.