In his 2006 novel What is the What, Dave Eggars made the excellent point that the recruitment of children as warriors was not only unethical and barbarous, it was also inefficient. His point being: it’s not only bad to make children soldiers, but children make bad soldiers. It is a point made forcefully in Alejandro Landes’ new film Monos which won best film at the London Film Festival two years ago. 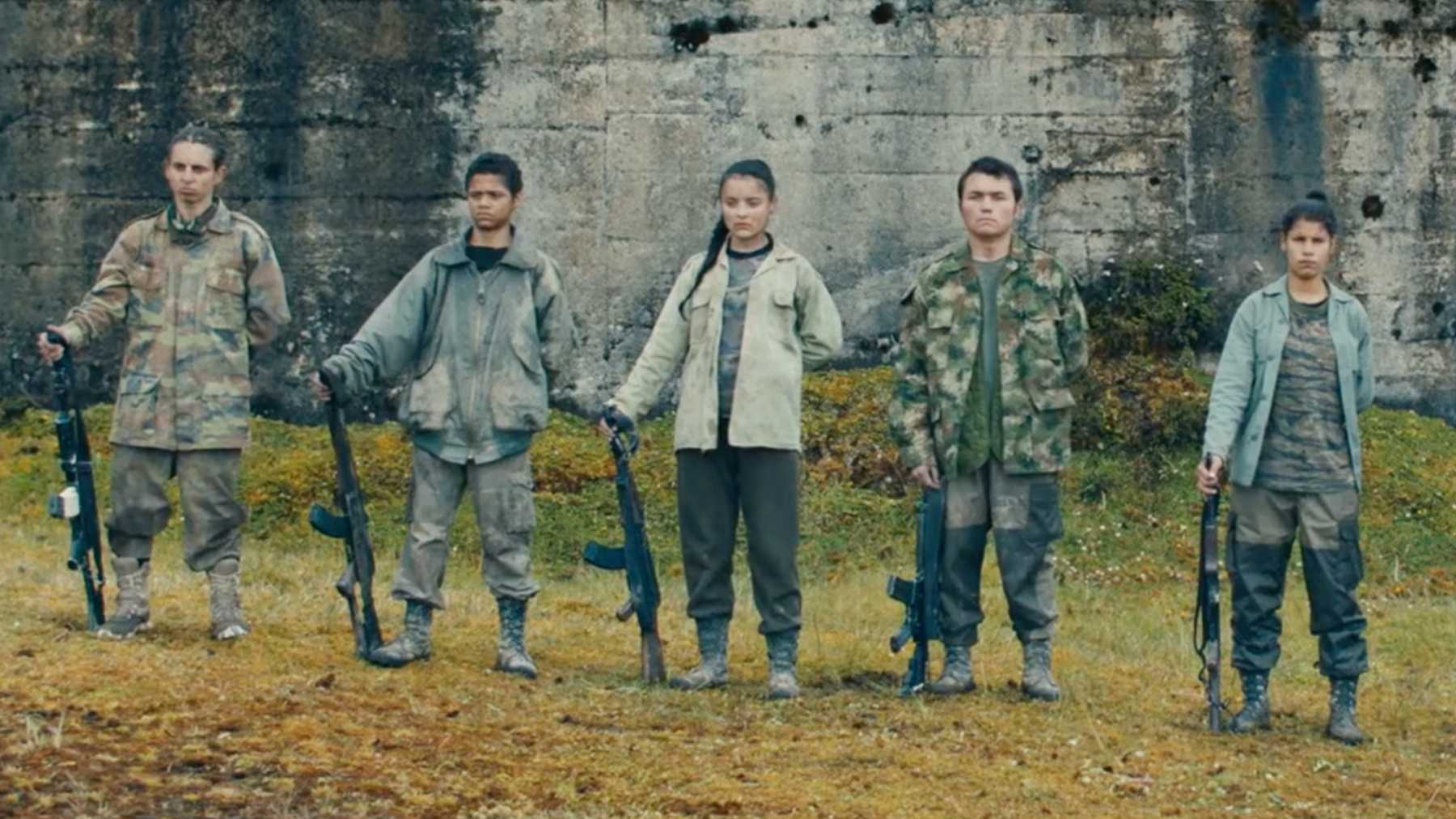 The film follows the travails of a small unit – Monos – of child soldiers who are camped out in a bunker high in the mountains somewhere in Latin America. They are holding an American woman (Julianne Nicholson) hostage and although they are checked up on by an older soldier (Wilson Salazar), they are largely left to their own devices. The leader Wolf (Julian Giraldo) wants to partner up with Lady (Karen Quintero) and they also have a new cow – Shakira – to take care of. But these kids get easily bored sitting at the top of the world. We never learn what has led them to join up but the chances are it is a mix of neglect, toxic fantasy – one of them is called Rambo, another Smurf – and abuse. They get drunk and things go wrong. Screw ups occur and the group begins to disintegrate as they  are sent into the jungle.

Landes’ third feature is a visual treat. An otherworldly quality imbues his visuals: whether it’s the cloud strewn calamity of the mountain top, the drug sharpened detail of the flora or the eerie green inferno of the jungle. The portrait of a dysfunctional feral band of children who all submit to a military discipline they struggle to understand is somewhere between Lord of the Flies and Beasts of no Nation. The enemy is rarely glimpsed, and the impression remains that they are more in danger from each other and their own potential realisation of what they are doing than any one else. This also proves something of a delusion. With a stunning score by Mica Levi, Monos is both a disturbing examination of war and its victims/perpetrators and beguiling sensuous experience, a movie which deserves a wide audience. 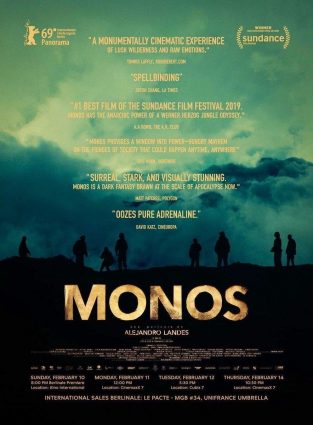