Just a day after his birthday, Bollywood actor Arjun Kapoor received a “threat message” from his paternal grandmother, Nirmal Kapoor, asking him to get married soon. The ‘Gunday’ star shared the message on Instagram, with the caption “When ur Dadi’s gift is a threat & request along with a bribe & command all rolled into one !!! @nirmalkapoorbombay #bossgrandma”. 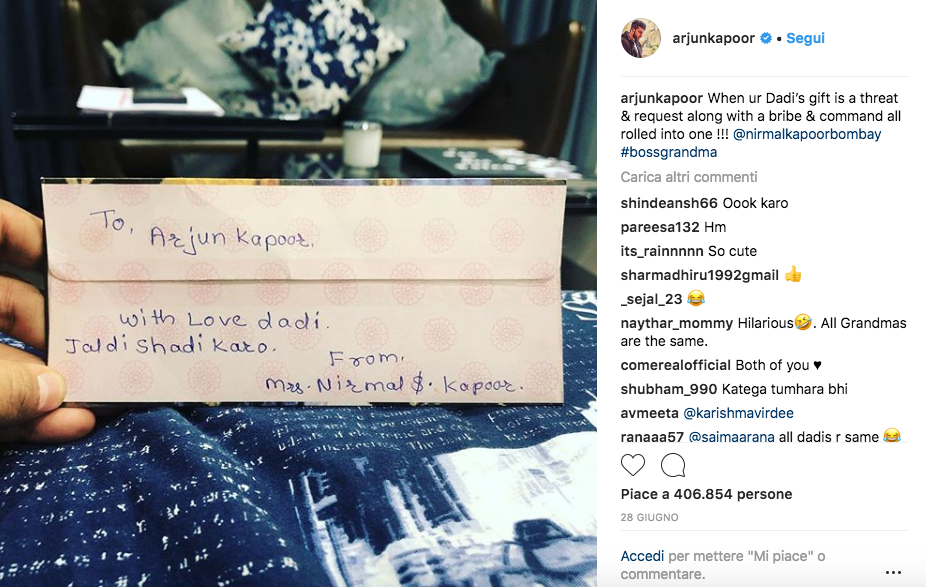 Arjun, who turned 33 on June 26, was showered with love, blessings and good health by his B-Town colleagues. From ‘chachu’ Anil Kapoor to his first co-star Parineeti Chopra, celebs took to social media to wish the actor on his special day. Three of the Kapoor sisters — Janhvi, Sonam and Anshula — too sent love to their brother on social media. On the work front, Arjun will be next seen in ‘Namaste England’ alongside Parineeti Chopra. He will also feature in ‘Sandeep Aur Pinky Faraar’ and ‘Panipat’ opposite Parineeti and Kriti Sanon, respectively.