THE WASP As you can probably tell from the title (it’s a bit of a giveaway) – this film no longer belongs just to Ant-Man, as he now joins forces with The Wasp, played here by Evangeline Lilly. Early reactions suggest this truly is her movie, and in a progressive cinematic landscape, where the likes of Wonder Woman, Elastigirl and Captain Marvel are taking the genre by superhero genre by storm – and now we have another to join the ranks.

LIGHT RELIEF Infinity War was an assault on the sense. An emotionally driven, draining affair (in a good way) that offered little respite to the viewer, as watched so many of our favourite superheroes face unsurpassable danger in the form of Thanos. What transpired was one of the MCU’s most dramatic endeavours, with so little by way of comedic relief. Well, in Ant-Man and The Wasp we certainly hope they will rectify this, for it’s what made the original film so much fun, blending humour and action in such a triumphant manor.

PAUL RUDD If there is comedy to be found, it’s likely to derive from Paul Rudd, who has a background in the genre, and exercises it to perfection within this franchise. Not just that, he’s one of the most likeable, and strikingly ageless performers out there who you pay money to go and see. Of course there’s always room in cinema for profundity, for thespians who will allure and frighten audiences in equal measure with intensely dramatic performances. But there’s also room for Paul Rudd. Nice guys who you enjoy watching because you just wish, throughout the entire film, that he could be your friend in real life.

HOLLYWOOD HEAVYWEIGHTS All big blockbusters generally appeal to Hollywood superstars (they do pay well, after all) but in the case of Ant-Man & The Wasp we have actors that transcend stardom. Actual, iconic, Hollywood actors. Naturally the first that sticks out in Michael Douglas, though he is joined by Michelle Pfeiffer and Laurence Fishburne. These actors simply wouldn’t sign up if they didn’t have an unwavering faith in the movie at hand. How can that not give you hope for what’s in store?

MCU Finally, we have the MCU. The cinematic gift that just keeps on giving. It’s like Santa has started doing shifts on Easter and Halloween. There is naturally a big debate whereby people are critical of the industry’s inclination to just barrage us with sequels, prequels, reboots and remakes, and you could argue that there are too many comic book movies currently in production. But every time those thoughts come in to your mind, a new Marvel movie is released, and every time a new Marvel movie is released, we go and watch it, and every time we go and watch it, we absolutely love it and completely regret having had any apprehensions at all. 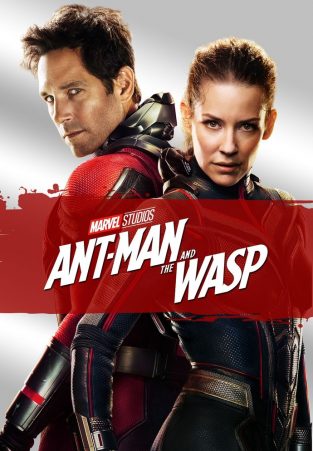