Chronicling the heroic missions flown by the Eighth Air Force during World War II, Erik Nelson’s new film The Cold Blue is a meditation on sacrifice and courage in the face of terrible danger. Featuring meticulously restored footage filmed by William Wyler and his team for their film Memphis Belle, there’s not only a vibrancy  in the crispness of the image but also an immediacy to its message.

We spoke with director Erik Nelson:

How did you come across this material?

I embarked on a treasure hunt to locate colour footage of World War II airplanes, I’m not sure why but partly as a public service to get that precious footage restored and within a day of embarking on my search with a researcher mentioned there were 34 reels of William Wyler’s footage, of out takes from his Memphis Belle movie and within a second, a search for footage became a mandate to make this movie. 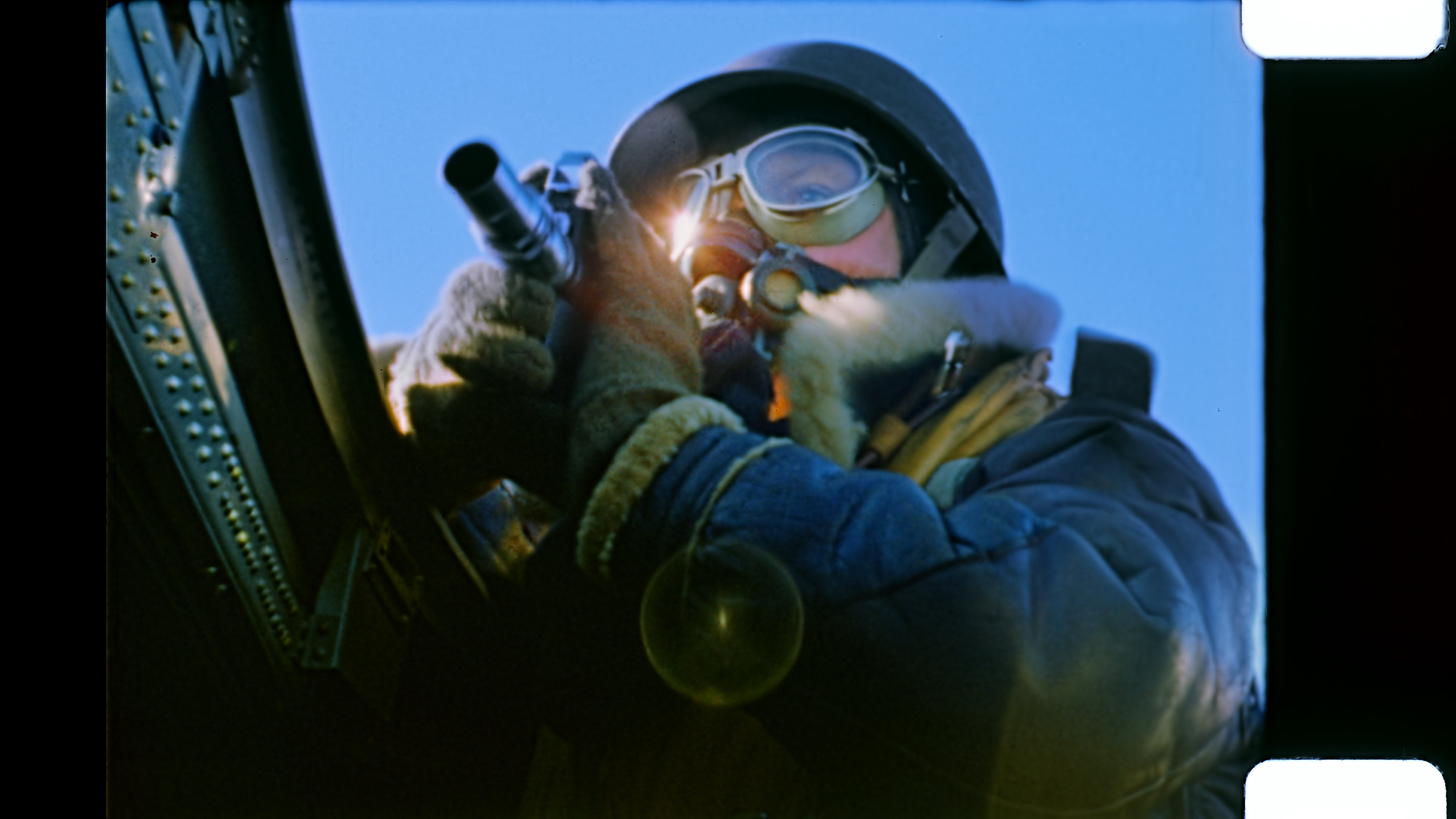 What condition was the original footage in?

Excellent to fair. So of 15 hours 5 to 6 hours was excellent quality and we made bulk of the movie from that 6 hours.

What did you do to make it look so fantastic and real? Was there a lot of digital work done?

No, unlike the Peter Jackson film [They Shall Not Grow Old] which had to colorize and add frames and convert to 3D, our footage was already in colour, so what we had to do was physically get it digitized, so taking the original film from the decaying sprockets and transferring it into 4K. Once it was in 4K, we could enhance the colours and digitally remove artifacts so the major work was the National Archives undertook to get the film from crumbling film reel to the video.

What was your relationship to World War 2, growing up? Do you have family members involved?

No, no family members whatsoever just a long term passion for the subject and I’ve made many films on World War II and the Holocaust. So I consider myself a popular historian.

You dedicate the film to the cinematographer Harold J. Tannenbaum who lost his life. What drove these film makers to take such risks?

They wanted to do their part. William Wyler was in his 40s when he left Hollywood. He left Hollywood to go to Europe to make the movie and he took his handpicked cinematographers who all wanted to make this movie to help the war effort. He won his Oscar for Mrs. Miniver while he was in the air over Germany to give you an idea that there’s a door number one and two if you will. William Wyler’s name is deservedly passed on through history, but Harold Tannenbaum is almost entirely forgotten and Harold Tannenbaum died to bring this footage back so it’s entirely appropriate to dedicate the film to him and the 20,000 other men who died serving in the 8th Air Force.

The narrators give a fascinating commentary. How did you choose them and get them to tell their stories?

We worked with the daughter of William Toombs, Nancy Toomb, who worked with the 8th Air Force Historical Society and she grew up with her father and his friends so she knew who would be willing to talk and who had something to say. She did the casting for us and found one for every single position on the plane. So we interview a composite crew of people.

The language is really interesting as well. They use phrases that have fallen out of use.

Exactly they’re a living link to the past. This film is a time machine designed to transport the viewer to 1943 and to have men who were there in 1943 to be your guide today to take you back to the past.

Particularly now it seems very appropriate, what with the current political climate. Did you feel that was part of the film or didn’t you consider that?

After I made the film, I came to the realisation that these men and the British crew and flight groups who flew on the equally dangerous night missions lived in impossible conditions and died to in essence create a better world, a union of Europe, where wars like this never happen again. And to see that world being deliberately unravelled again is sobering to say the least and I think this film stands as a testimony and a reminder of what happens when things fall apart. 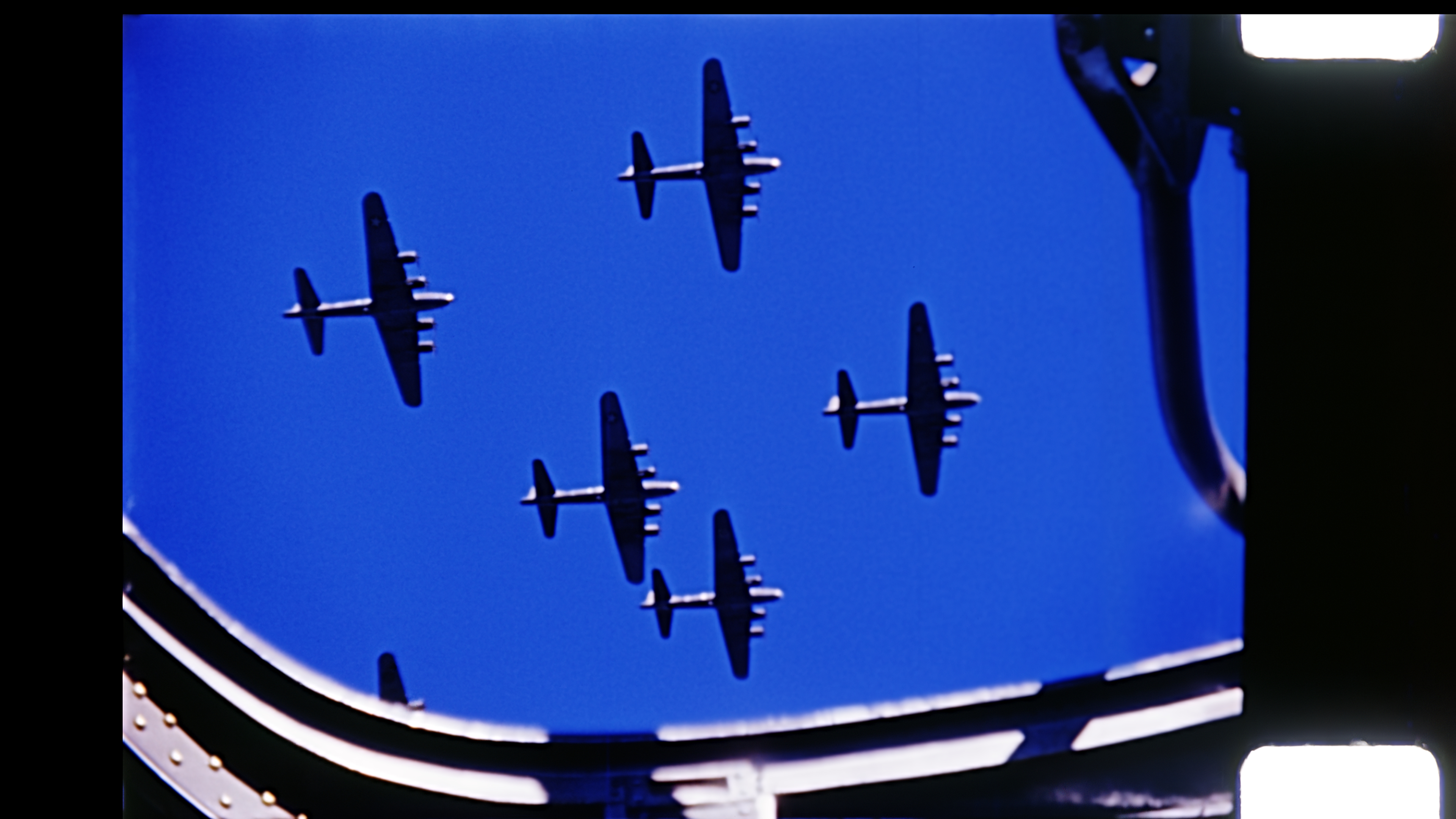 Notions of heroism are discussed as well. And fear. Do you think this was the ‘greatest generation’?

I think if today an existentialist threat like Nazism, and I’m not talking about fascism which is always an existential threat, I’m talking about Adolf Hitler, the SS, the Holocaust and men who wear black uniforms with death heads bent on destroying the world, if anything of that happened, an alien invasion of Nazis, I think every single 19 and 20 year old millennial would immediately volunteer and do their duty and they’d probably have an edge on our guys because of their video games skills. It’s not so much a question of character as the times that create character.

How did the experience of filming this affect William Wyler? He went on to make one of the best post-war films ever.

The film to some extent traumatized which is what led to the Best Years of Our Lives, because he understood viscerally what he went through. And physically it affected him because he lost hearing in one ear, so for the rest of his life he could hardly hear out of one of his ears and so if you’re a director like Wyler where your work is all about the nuances of performances that’s a huge blow. 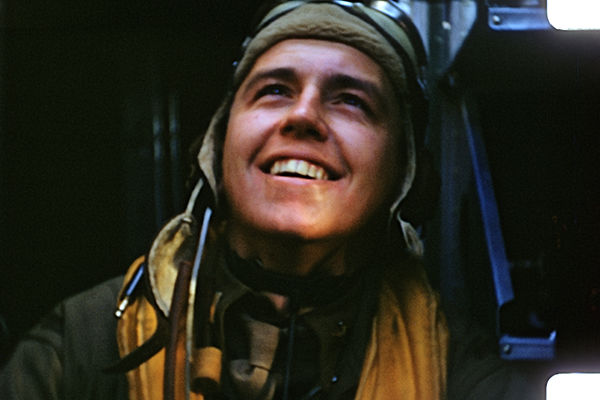 How important was it to show the German bomb damage?

Absolutely to not include that would have been wrong. 75 years has given us perspective yes there were heroes and villains but there were also a lot of innocents caught in the middle. And so the Germans you see digging out the rubble and the children with the carts for the firewood with their barefoot mothers, they’re not war criminals and they didn’t deserve to die. They were caught in the crossfire. Again it is a reminder of what happens when things fall apart.

What is your next project?

The Cold Blue is in cinemas for one night only on 4th July, tickets for your nearest cinema can be found at