Nothing brings you closer to the moon landing, and reminds you of just how recently it took place, than talking to the offspring of the man who did it. Neil Armstrong – the subject of this David Fairhead production – was an unremarkable, normal man who did the most remarkable, abnormal thing of all, and his story is brought to life emphatically in this moving doc, with Harrison Ford narrating the subject’s words. To celebrate the release, we spoke to his son Mark, who talks about his father in great detail, as we strive to understand what it must’ve been like to have been the son of such an iconic figure that will outlive us all.

What do you remember of your father from the time he went to the moon, and what sort of man was he?

He was always like a professor, he was always very calm, not just when he was on a mission, but at home as well. He was a very good listener, and he was the kind of guy who wouldn’t tell you what to do, if I asked for advice he would instead ask what the options are, he’d walk you through it, let you see all the available options and encourage you to do the right thing.

Did he ever talk about his work when he would get home in the evenings?

Generally he was more interested in talking to us as kids, what we did at school, what we were learning. I was on the swim team and my brother played baseball and he’d ask us questions about those type of things. He was so involved in his work and his work took him away from the family for so much time that when he got home he wasn’t sharing his work, he was trying to catch up on everything that he missed while he was busy training.

When you watch the footage of the moon landing – it must be so surreal to think that’s your dad. The first man on the moon. Do you see your dad in the suit?

I definitely see my dad in the suit. Yeah, absolutely. But I still find it incredible. Though it’s less incredible just seeing it on the TV, but when you see these physical rockets and the capsules that they sat in and you see all the technology at the time, it is incredible that we did this 50 years ago with the computing technology we had available, it’s just absolutely incredible.

Not only have I watched Armstrong recently, but there’s also Apollo 11 and of course First Man came out last year. It feels like there’s a resurgence of late – why do you think it is that we’re now looking back to that period? Politically America is a turbulent place at the moment, do you think there’s a longing for that sense of patriotism and hope that the moon landing brought about?

You know, I’d have to say that that time in our history was both. When you look at the moon landing and the entire project that led up to the moon landing, it was extremely positive and the country was behind them and the world was cheering, but it was also a very turbulent time sociologically. We had assassinations and we had the Civil Rights Movement, that were long overdue, so it was a difficult time. The birth of rock ‘n roll was changing people’s views, so there was a lot going on in the country, but the Mercury, Gemini and Apollo programmes really helped to put a positive spin on a lot of the difficulties that the country was having, and it was certainly something that everyone could rally around. 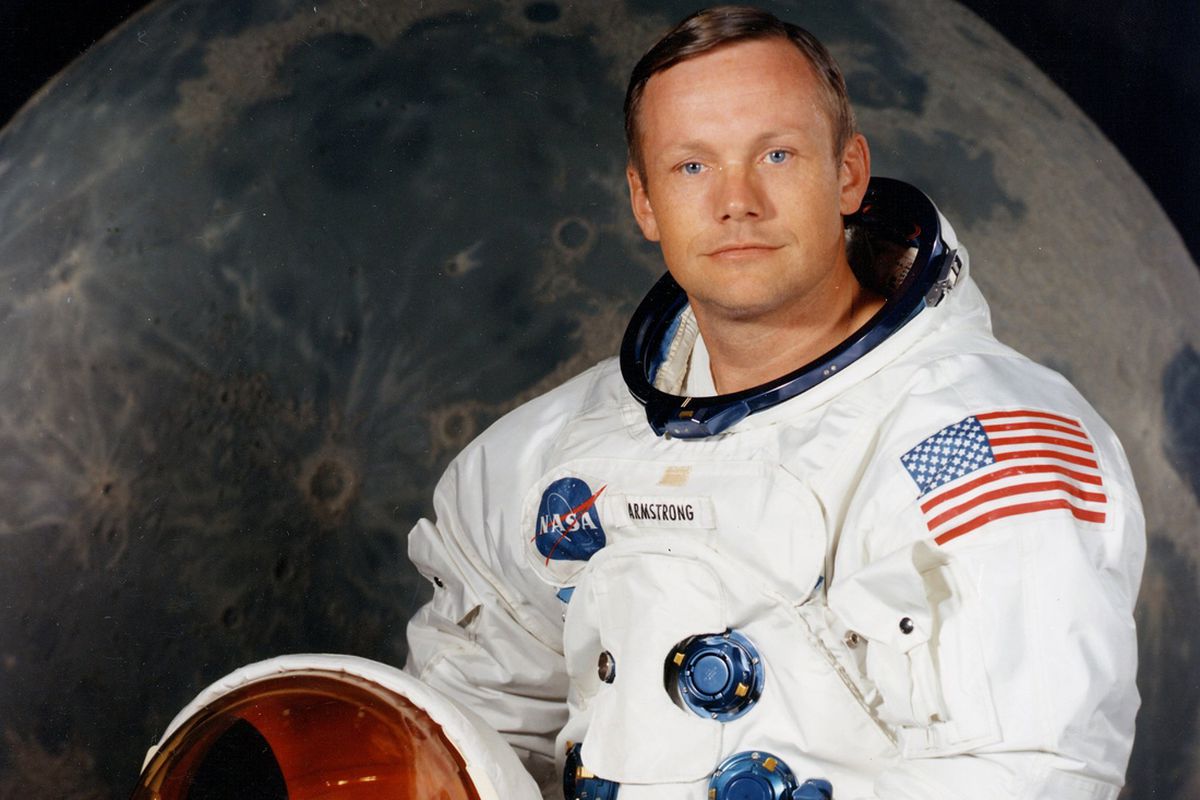 Harrison Ford has done a fine job narrating this documentary – what would your dad have made of him speaking his words?

I know for a fact my father enjoyed his movies very much. I went to see Raiders of the Lost Ark with my father. My dad being an explorer, not just of space but of our planet, I think he really loved that type of film. Harrison is of course a pilot, and it’s one of the reasons why I really wanted him to consider this role because I felt that not only is he a great actor and a great man in his own right, but I felt like he understands the passion of flight, of aviation, and he could draw on his own experiences to find the right way to present my father’s words, and I think it’s exceptional the job that he’s done and it really adds a tremendous amount to the film.

Going back to when you were a child – do you remember asking a lot about the moon? Was it something that fascinated you? And did you ever get a sense for the danger of your dad’s vocation when you were that age?

I definitely did not understand the danger. I was intentionally sheltered from it by my parents, as a six year old, but also it just didn’t occur to me that things could go horribly wrong and that dad might not come home. He was always very confident and he expressed his confidence in a way that I just thought he and the rest of the team, which is enormous really, hundreds of thousands of people all working on the same project, that they’d always figure it out. It really wasn’t until The Challenger tragedy in 1986, that’s when I realised that something can go wrong, no matter how many people are around, or how many people are working the problem, they might not be able to solve it, it’s just something that happens so fast and is so catastrophic that there’s nothing that can be done, and that didn’t occur to me until that day in 1986. 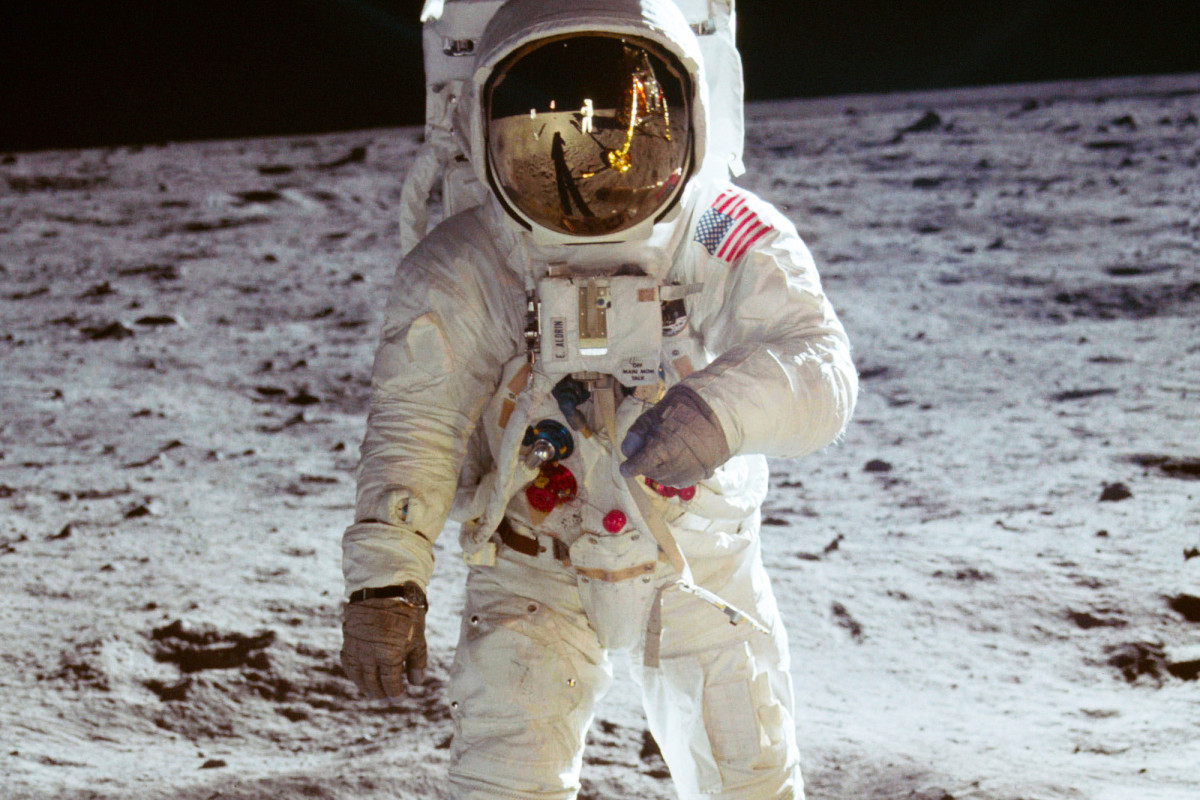 What do you remember of the fame and exposure? Your dad took on superstar status after he became the first man on the moon. Did it change him at all?

I didn’t notice him changing, but I think fame and the success of the Apollo mission brought a lot of media attention and I think both my mum and my dad wanted very much for our lives to remain as much the same as possible, and for us to have the same family dynamics. They wanted things to stay the same, but the world wanted things to be different. There was a constant tension between those two things and I think that put us in a difficult position because we didn’t have any training or anyone to guide us through how to handle the change of status, but we wanted things to stay the same, it was a difficult thing to navigate.

Do you think enough was done for the astronauts after the Apollo mission?

There were a lot of requests and a lot of demands on their time. For example the world tour, which took place over the course of about 45 days and they went to a couple dozen countries. I wasn’t on that tour it was just the astronauts and their wives and a few people from NASA. It was a wonderful thing for America to share these experiences and the knowledge gained and to use that to build bridges with other nations, and let’s, perhaps opportunistically, take this success and use it to make a better world. These gentlemen and their wives were ambassadors and I think once the world tour was over, we had to pay bills and get back to all of those other things, so I think the idea was to get back to some sense of normality. That was a difficult thing to achieve.

Is it emotional for you to watch this movie back? It can’t be the easiest watch.

It’s definitely emotional for me. I saw the film a couple of months ago when it was still in development, before Harrison’s voice-over was added, so I feel like I knew what was coming, but I intentionally did not watch it on my laptop or anything like that, I wanted to see it on the big screen. It was difficult at times, especially seeing both of my parents, it’s a very emotional thing and I don’t think that’s going to go away anytime soon, even if I see it many more times. It just brings back a lot of emotion and a lot of memory. They’ve done it to me intentionally I think, and it’s really lovely the way it’s done, because at the same time you have these difficult moments, but there’s always a lighter side that is presented afterwards and really makes you feel very positive, even though life can be tragic.

You must be so proud of your father in what he achieved?

Very much so. I’m proud of my father, just for being a father. He was one of many who were all focused on these objectives, four hundred thousand people worked on these programmes and I’m grateful for them, all of them, for getting him there and most importantly, for bringing him back home safely. And I am equally as proud of my mother, and all of the other wives who kept the families going, and who had their own challenges and their own issues to deal with, so that their husbands could do their jobs and not worry about things at home. I feel very blessed to have been a part of it. I’m thrilled that this movie is coming out and gives you the chance to get to know my father the way he really was, the way I knew him.

Armstrong is out in cinemas across the UK on July 12th – with special screenings taking place nationwide on July 9th – with Q&As with Mark Armstrong, hosted by Dara O Briain.