Renowned indie filmmaker Shane Carruth – the auteur who was behind Primer and Upstream Colour, has revealed exclusively to The Hot Corn that he’s set to quit the film industry for good. Speaking to us while promoting his new film The Dead Center, where he takes on a rare acting role, the resourceful creative explained that he’s fed up with what the industry has to offer, and is seeking a new challenge in life.

When we asked whether this early retirement from film will kickstart as soon as his next project concludes, he said: “That’s the plan. I’ve done some acting in the last year that will come out next year, and I’ve enjoyed that process. But I’m inspired by the young people who are doing wonderful things, so I’m going to help others and find ways to navigate a new path.”

From an audience point of view, the news comes as something of a shame, albeit one we fully respect and support the filmmaker in – for his latest role shows off his abilities as one of the most versatile and creative filmmakers out there. You only need to take one look at his IMDB credits and see the sheer volume of different roles he’s taken on – from composer, to actor, to producer, director, editor, cinematographer, as well as jobs in casting, production, sound and electrical. But in The Dead Center, he’s just an actor, working under the guidance of Billy Senese.

The film is, to be frank, completely terrifying, as Carruth plays a hospital psychiatrist who finds his own sanity being tested when a new patient, played by the ineffably creepy Jeremy Childs, claims he’s been back from the dead and brings with him a deeply unsettling and malevolent force. We asked Carruth how he felt about taking a step back from so many roles and just being an actor for hire, for a change.

“Honestly I loved it and it’s why I wanted to do it,” he told us. “What happens if I have one job, and I can just try to excel at that, and I wouldn’t say that I did, but I learnt a lot. Everyone has their job to do, and I would have those moments where internally I’d feel like, really? Why are we doing it this way? But I had to shut that down because that wasn’t my job, I wanted to excel as well as I can at what I had to do, and I loved it. I loved it.”

He did admit to us though that while only serving this film as an actor, he had to make it clear to Senese that he wasn’t trained, and couldn’t be pushed in the same way other actors are. “There was so much support, but I have to tell Billy every once in a while that look, I am not a trained actor, I didn’t go to Juilliard, I can do this like five times and you’re going to get the best of me, but I cannot do this 60 times, I will lose my voice and I won’t know where I am anymore, and luckily he was receptive to that, and we had a great working relationship where he understood that he wasn’t going to bring out Meryl Streep out of me every day,” he said.

He needn’t worry though, for Carruth turns in a nuanced display, and works well as an unreliable narrator, a classic trope of the genre where we the audience, never quite know who, or what to believe.

“It’s so interesting and I’ve thought about this, because I saw Ad Astra last week which is the same,” Carruth said. “Billy and I talked a lot about this character of Daniel and his past, his mother who committed suicide and he’s been wrestling with it. Like Brad Pitt in Ad Astra, he’s broken from day one and we see it play out.”

Finally, just to end on a nice and easy note, we asked Carruth if he believes in life after death, and whether he’d be open-minded to hearing the same things his character of Daniel is told, or if he’d just shut it down off-hand.

“I would’ve answered this differently about three years ago, but today I would say that I don’t know,” he admitted. “I do think there is enough evidence to say that there is something else out there. I was raised Christian, and spent a decade having experiences where I got away from that, whereas now I would say I find peace when reading the bible, even though I don’t know what it means anymore. I’m just at a point where I don’t want to say anything, I don’t want to speak about my beliefs because there’s something else going on other than the pragmatic, for sure.” 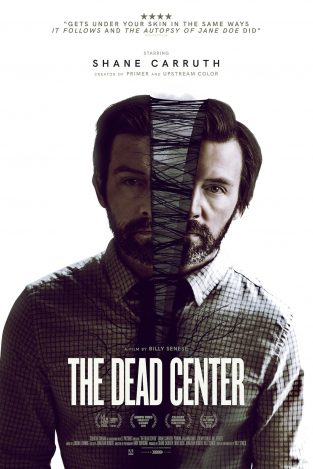