There are few films we’ve seen this year that feel as original and creative as The Last Black Man in San Francisco. To combine that resourceful element with a strong story and a profound emotional undercurrent is no mean feat, as it feels like we’re witnessing the birth of two exciting new voices in cinema in director Joe Talbot, and lead star Jimmie Fails. Needless to say we were thrilled to sit down with the duo when they visited London for the film festival, where we discussed in length the notion of nostalgia and gentrification, and how the two enriched this particular tale.

I was interviewing Joanna Hogg recently and for The Souvenir she recreated her old flat, and we had this chat about nostalgia and how strong it can be when attached to buildings and home. Was that a theme that kickstarted this project?
Jimmie Fails: We’re nostalgic people and we come from a nostalgic place. Naturally it just kinda came about, we’re always talking about the past and what it was. We want to live in a different area, and if we could, we would have. It just naturally happened that way.
Joe Talbot: Yeah, a place is built on stories of the past, it’s what we’re raised on. Even your current moments come from what was. It’s a funny thing, I was looking back and there’s a line in Vertigo when Tom Helmore tells Jimmy Stewart that San Francisco is not what it used to be, it has gone to the dogs. In the 1870s, Mark Twain was saying the same thing, ‘it’s not the 1860s, the town is f***** now, the businessmen have descended on San Fran, it’s no more fun’. So there has always been a thing about looking back at this city, and yet some of that I think is informed by truth, and the people who made San Francisco what it was when we were growing up, all of the outcasts and the people who came there escaping persecution, hippies, gays, African-Americans who came to work on the shipyards and their descendants, and they’re all being pushed out. So the city is becoming unrecognisable, so you cling to your memories.
Fails: That’s the thing about gentrification, it creates nostalgia because it’s changing your city, it makes you think about how your city was before it was changed.

Is this a general city thing then? Or do you think as you’ve given examples from pop culture referring to San Francisco, is any of this specific to your city?
Talbot: I think it’s ground zero in the US for the changes, because of tech money that is coming in, it has created a wealth gap that I believe at this point has the unfortunate distinction of being the greatest wealth gap in the country, and this is a city that was once known as the liberal epicentre of the country, so how’s that for irony? But I think of course what we’ve realised making the film and talking to people from other places, is that this is not unique to San Francisco unfortunately, people wrote to us when we first began working on the film saying ‘the same thing is happening in London’, or New York, and I think we’re all grappling with where we belong, if we can’t fit into the places that raised us. Like, you leave San Francisco, and I was staying with friends last night who are all San Francisco natives who went to my high school, and they’re now living in London and they’re in Tooting, and they’re like, this is the only place they could barely afford, they tried to get closer to the city centre, so it is like we’re all being pushed out. You read stories now of city employees in San Francisco who commute six hours to get to work every day, like two trains and a bus kind of thing, it’s unbelievable.

When tackling the theme of nostalgia, did it make this movie a cathartic experience for you guys?
Fails: Absolutely, absolutely. It’s funny the word cathartic has been brought up much more here than anywhere else, I’ve heard it a lot today. But yeah it was, and obviously playing myself it becomes a personal acting experience and therefore cathartic for me, but it’s not just personal for me but for Joe too. It was personal to everyone who worked on it, it’s why they all worked so hard on it, and why we got where we got because everyone gave their all. I think it was cathartic to everyone, and we were just happy to be working with each other.
Talbot: We’re so privileged as artists, because I feel like no matter how bad your day is or how f***** up things are in your life, you get to put them into something and try to channel it, and it can literally feel like a release, like a weight off your shoulders as you’re putting it into your films, and we had this collective depression when we began, anger and frustration and over the course of the movie we became less angry because we were able to work through it, and also we felt very lonely when we started, San Francisco creates a very deep sense of loneliness right now because there aren’t many artists because there aren’t many people left that we grew up with, but in making the movie we met all these collaborators who we didn’t know existed, but were still in San Francisco themselves, fighting to stay, and now they’re some of our best friends in the world, so how can you be as angry when you’re meeting people that you love, you know? That was a big part of our process.

You mention collaborators, Jonathan Majors is incredible in this, and Danny Glover breaks my heart. Some beautiful performances in there – you must’ve been so thrilled when you saw these characters that came out of your minds brought to life so brilliantly?
Talbot: It’s true, sometimes we had to take a step back and think, holy f****** shit that’s Danny Glover. He’s an icon in the States but especially in San Francisco because he’s from there. He was an activist in San Francisco for a long time before he became an actor. To see these guys go to those depths, especially a veteran like Danny, on a movie that for us was our first time, you feel almost embarrassed at times when directing him, like, what right do I have to give directions to Danny Glover? You know, shut up and just say action. He was so kind, and Jonathan too.
Fails: Jonathan taught me so much. I was with him very closely and not only did he teach me certain things but just watching him work was like taking a masterclass. I got to see it day in, day out, take after take, he’s just my boy, he’s incredible.

You’ve worked closely together for a number of years, doing stuff creatively for some time. When I saw this film is felt like it had such a distinctive, creative spark to it, already it felt already unique to both of you. Is this very true of your creative output over the years? When you watch this and place it against your earlier work together, does it feel like it’s part of the same tone and style?
Fails: It does actually!
Talbot: Yeah, I haven’t watched our high school short in a long time until recently, and it’s funny that we didn’t the money, we didn’t know how to make movies at that point, it was 20 minutes and probably should’ve been ten minutes, we were still figuring out the craft, but there are parts of that movie that want and strive for the tone that we’ve since figured out how to perfect in Last Black Man, or at least got to a better place with. Even the short we did before this was very different tonally and a very different story with more dark humour, but I feel like you see elements of what we like, I think but we were still figuring it out.

Yet despite how creative it is, you just wear the same shirt pretty much the whole way through. It’s like The Simpsons, I imagine your character to open a wardrobe with just countless of the exact same tops.
Talbot: He’s Bart Simpson! It made it easier.
Fails: [Laughs] I couldn’t afford another shirt.
Talbot: Yeah production was really broke.
Fails: No actually, it wasn’t the same shirt, I mean it was the same shirt but we had multiples, so I was switching throughout.
Talbot: Shhh! Giving away our film secrets.

Tell me about the title and where the idea came from?
Fails: It was an exaggeration of how it feels. It’s very literal, but it’s less than 4% black now, so imagine growing up and it’s like 13% and then it becomes less than four? You walk down ten blocks and don’t see one black person and you feel like the f****** last black man in San Francisco. It was never that way when I was growing up, there was no way I wouldn’t see a black person within five minutes of leaving my own house.

So finally what’s next? Will you be working together on your next one?
Talbot: Yeah, we’re working on what I’m calling the second instalment in our San Francisco trilogy, so completely different characters and a completely different story, but San Francisco is the backdrop, as a place that’s racing towards the future but trying to cling on to its past. We’ll be working on stuff together for a long time.
Fails: I’m just grateful for the privilege of being able to make art, and to have landed another movie where I can continue to work with my friends. We’ll just leave it at that, it’s an honour and a privilege and it’s given me something to do. I didn’t know what I was going to do before I threw myself into this movie, I had no f****** clue to be honest. Lord knows where I’d be.

More of The Last Black Man in San Francisco 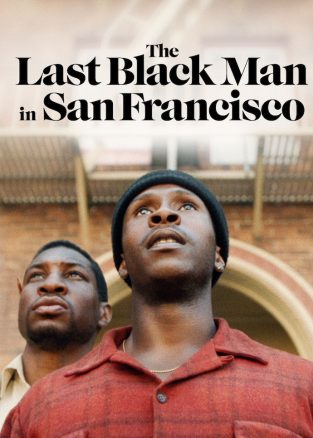