The rise and rise of Daniel Brühl has been quite something. From his breakout performance in Goodbye Lenin to acclaimed often film stealing roles in Inglorious Basterds and Rush, Brühl has become a Hollywood fixture. Not exactly a Tom Cruise level of stardom, but enough to get him stopped on the streets of Berlin. Also, he’s a famously nice guy – so one imagines he would wear his fame lightly, even if he does get elevated further into the firmament by… who knows? a role in the latest Marvel film. This situation is the set up for his directorial debut Nebenan, Next Door, which showed at the 71st Berlin Film Festival. 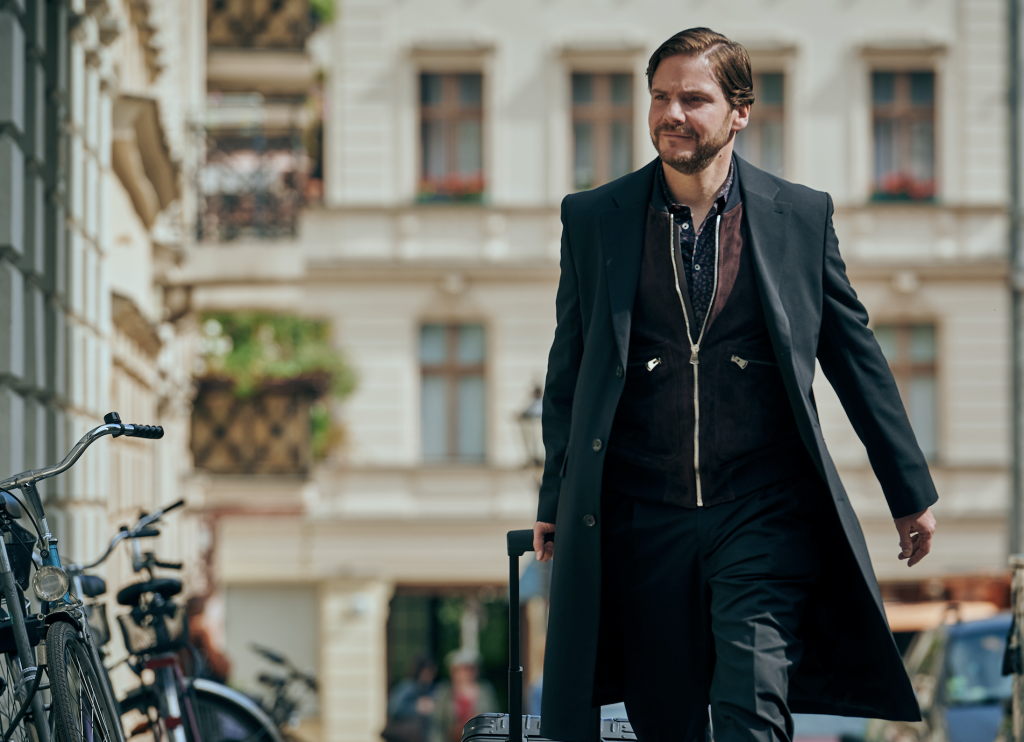 Daniel (Brühl, of course) is a famous actor. He leaves the kids in the care of the Spanish nanny while his wife sleeps and heads out for the airport. He’s flying to London to audition for a part in a new comic book movie. A bit early he stops at the local pub for some coffee and there meets Bruno (Peter Kurth), a man who seems to have a low opinion on Daniel’s acting and as the conversation goes on, the dislike seems to go much deeper. It turns out they live in the same building and Bruno is privy to a lot more information that is healthy. 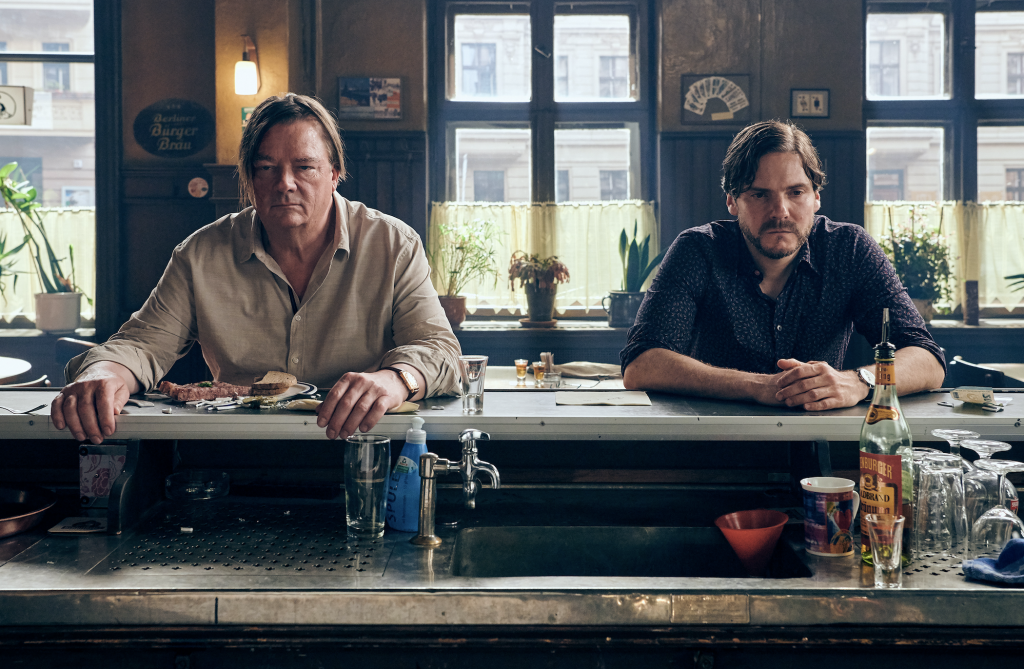 Essentially a minimalist two-hander, from an original screenplay by Daniel Kehlmann rather than a play. The action is reminiscent of a film like Sleuth with Michael Caine and Laurence Olivier. A great deal depends on the actors and Kurth is a formidable presence, looking like a latter stage Robert Mitchum, has a twinkle that can be occasionally avuncular – the other patrons seem to love him – but when it turns on Daniel takes a more malevolent glint. The game of cat and mouse between the two is credible as Daniel – in the words of Vic Reeves – ‘Just can’t let it lie‘. Forever forestalling his departure in order to get the last word in. 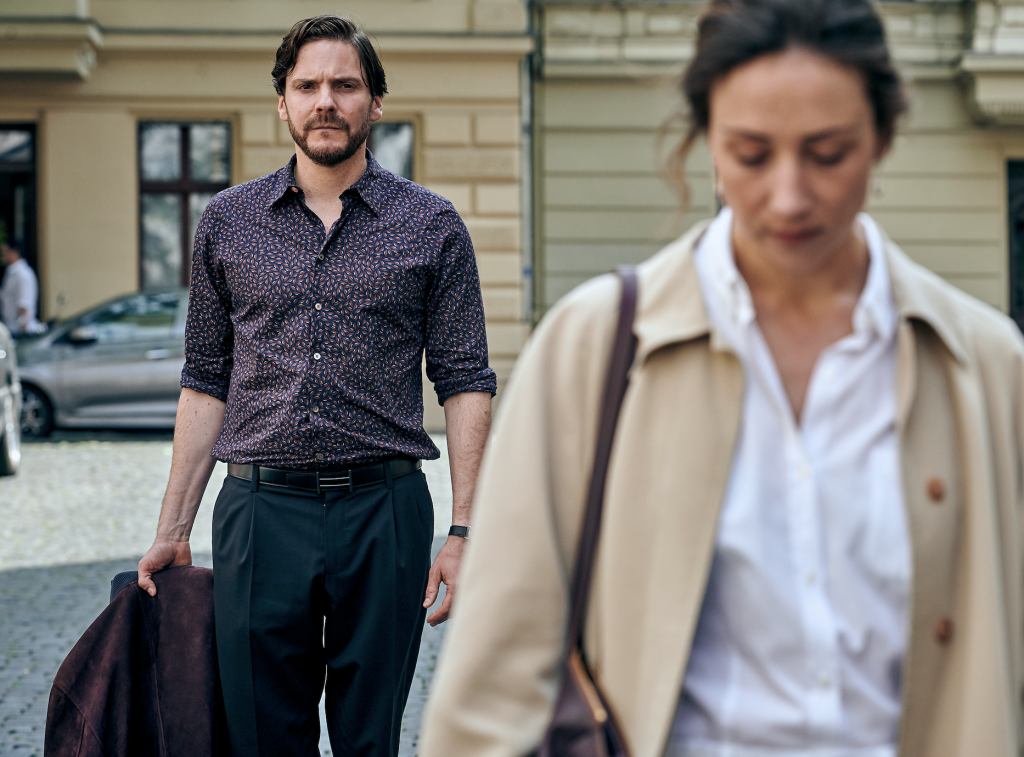 Occasionally the film can be a little too on the nose. They flat out say it’s all about gentrification at one point but there are layers here that are more locally relevant, like the persisting tension between East Germans and its submergence by the West. In deconstructing his own character into something that is far from being a nice guy, Brühl has created the opposite of a vanity project. He comes across as a tosser, in more ways than one. And yet with this tight little psychological drama under his belt, I can only see the star going from strength to strength.