‘Tis the season to wreak havoc. Joe Dante’s 1984 tale of that loveable and unique Christmas gift which turns out to be more trouble than he’s worth is now a firm festive favourite. Similar to Die Hard, it has earned a loving place on that list whilst using the holidays ostensibly as a hook to tell the story. Produced by Steven Spielberg under his now legendary Amblin banner, director Joe Dante was apparently brought on board due to the Jaws auteur being a huge fan of his debut feature, The Howling. 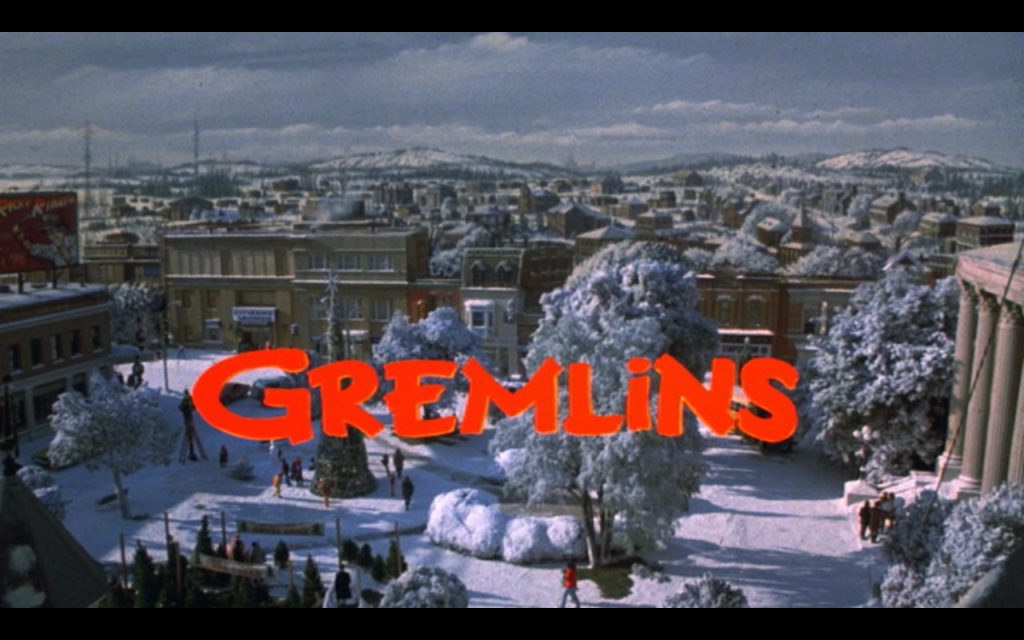 Dante’s playfully sense of mischief alongside that more traditional wholesome Hollywood outlook serves the story perfectly, and the film has a little more bite than some of the other fantasy features it shares a kinship with from that same era. The director’s own love for Christmas is palpable throughout, and he litters the film with amusing references amongst the creature mischief and carnage. He also has fun subverting the traditions associated with the season, and this is particularly apparent when a main character reveals the tragic reason she doesn’t join in with the festive celebrations.

The Gremlins themselves are a fantastically evil creations, and the air of menace and danger is much more evident here than in the sequel, which opted for a more comedic knockabout tone. In the days before CGI, the model work on display is hugely impressive, even with the limitations that process brings. The Mogwai and their green transmutations all possess distinctive personalities and the strong creature design and puppetry really help bring out those characteristics. In fact, the effects work sometimes threatens to overshadow the sketchily-drawn human characters and the actors who inhibit them. Leads Zach Galligan and Phoebe Cates – fresh from being the object of lust for an entire generation of young American males in Fast Time in Ridgemont High – are appealing if a little bland, and Polly Holliday’s performance as the spiteful and cantankerous town matriarch Mrs Deagle is very broad and veers a little too close to out-and-out caricature at times.

It’s undoubtedly the Gremlins show and it’s easy to forget just how vicious and deadly they can be during the scenes which begin more slapstick in tone. That the cinema turns out to be the only place where they are visibly enraptured is both a wonderfully surreal sight and a salient comment on the power of the moving image. Gremlins was the fourth highest-grossing film of 1984, but when you see the now holy trinity of Hollywood classics it failed to usurp – Indiana Jones and the Temple of Doom, Beverly Hills Cop, and Ghostbusters – it’s success is even more impressive.

While Gremlins might not have aged quite as well as some of it’s Amblin stablemates – there’s an occasional unevenness to both the pace and structure – the film’s delicious premise and Dante’s own reverence for the type of cinema he’s emulating ensures there’s still much fun to be had. It remains the perfect respite for the oversaturation of those slushy Hallmark-type Christmas-themed films which an audience is bombarded with in the festive season.

Watch it on CHILI: Gremlins 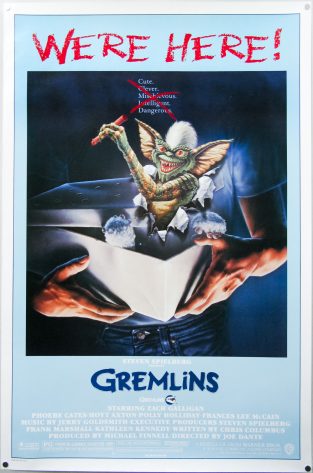