Deadwood fans will have been pretty excited to see the name David Milch appear in the opening credits this week. Last time out, I complained a little about the writing so far this season, primarily that it’s been all shade and no light. But if you want to add some grim, gritty humour to your script, you could do a lot worse than the man who somehow made ‘profound’ and ‘profane’ mean exactly the same thing. Obviously, it’s impossible for anyone to know where Nic Pizzolatto’s writing ends and Milch’s begins but there are more than a few moments this week that bear the latter’s hallmarks. Driving back from visiting the Purcell’s church, Roland West expresses his dislike of the priest, saying, “Man signs up to go without fucking for life, either he don’t know himself for a liar or he’s some type of limited edition psycho.” If you’ve even seen 20 minutes of Deadwood, you’ll see Milch’s fingerprints all over dialogue like that. I’m pretty sure Al Swearengen would have said the same thing. 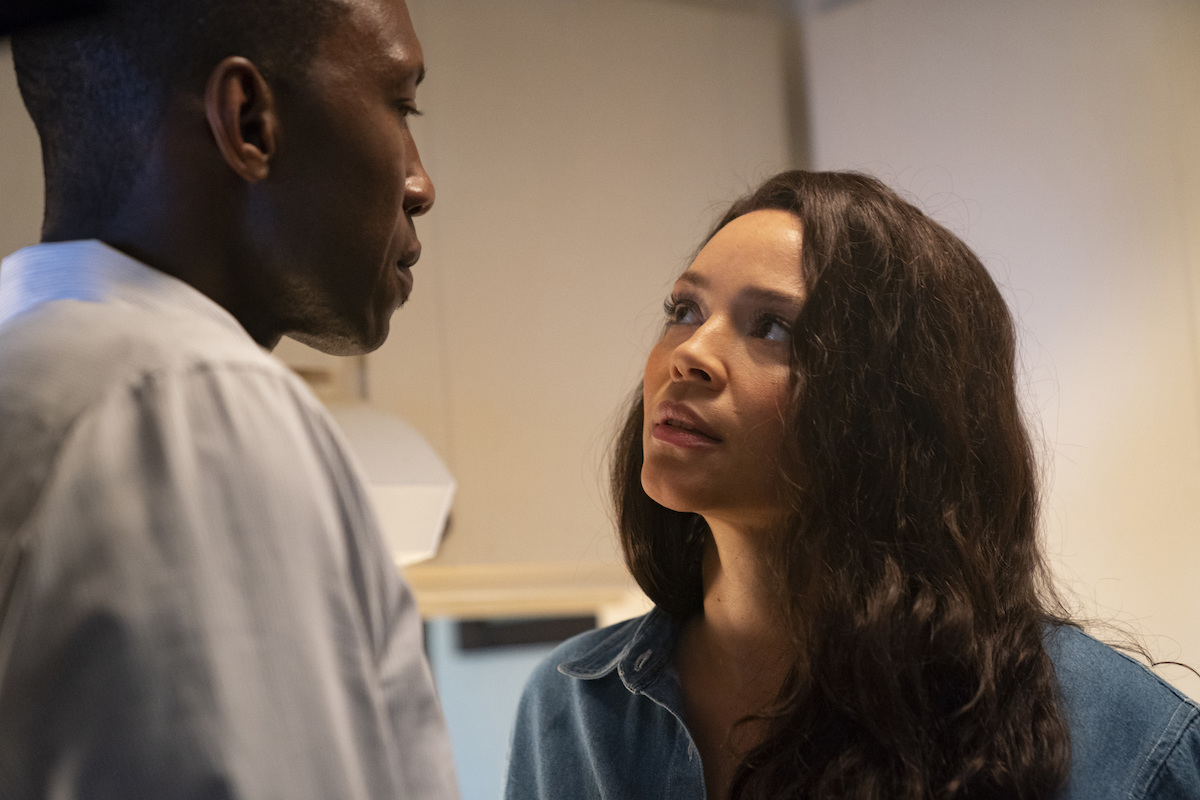 Along with a snappier script, this week steps up the pace a little. We spend more time in the details of the original investigation and more time with the suspects who were lined up in the season premiere. Is one of these the man we’re told has an impending retrial for Will Purcell’s murder? Could that be Brett Woodard (Michael Greyeyes), otherwise known as the trash man? Woodard should be savvy enough to know that paranoid rednecks and an ethnic minority outsider don’t mix well, but he keeps going about his business, leading to a frantic chase, what can only prove to be a deadly explosion and at least one less paranoid redneck in town. 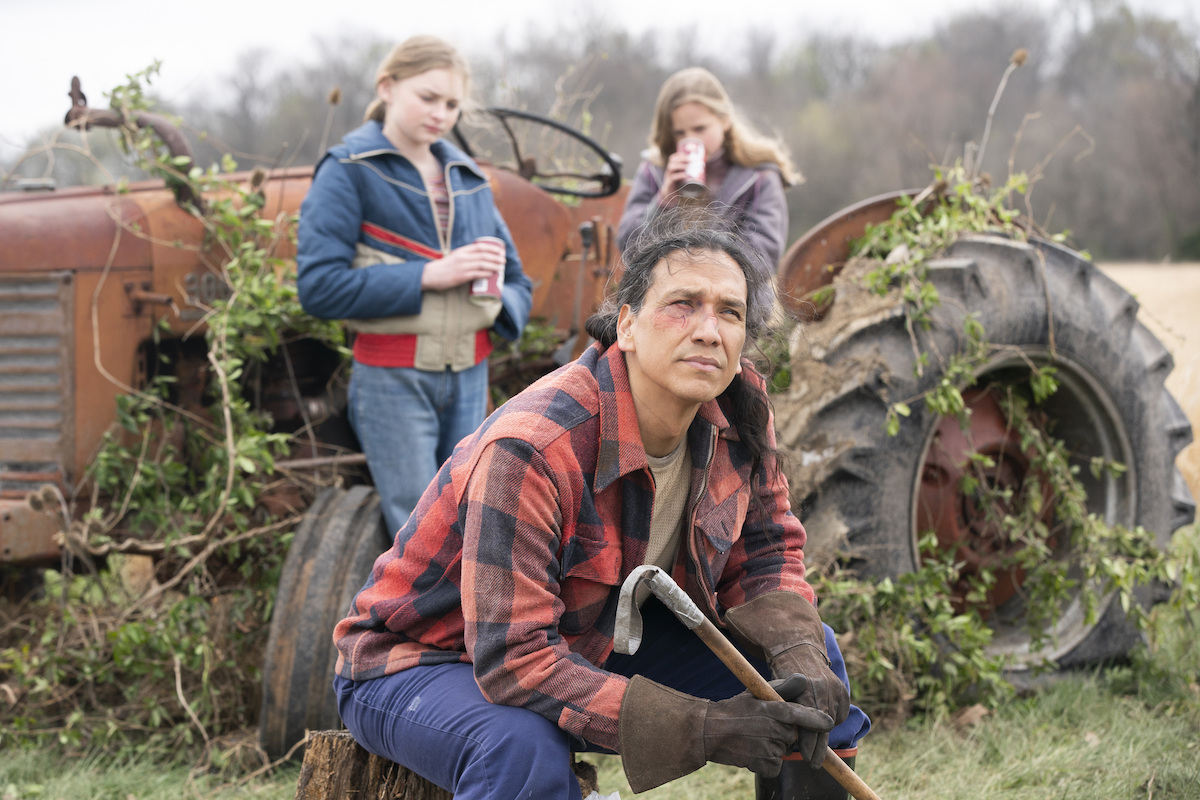 Hays and West carry on their investigation in the 80s timeline, but the two later timelines see him drawn back into the fold – at Roland’s invitation in the 90s and at the instigation of Amelia’s ghost in the 00s. In both investigations, he’s not doing what he says he’s doing and the later one strongly hints that he’s out to cover up rather than uncover. Surrounded by the ghosts of men he’s killed (both at home and abroad), an unravelling Hays says he needs to find Roland, suggesting that next week could see the dynamic duo working together across all three timelines. That’s no bad thing. We could all use a little more Stephen Dorff in our lives. 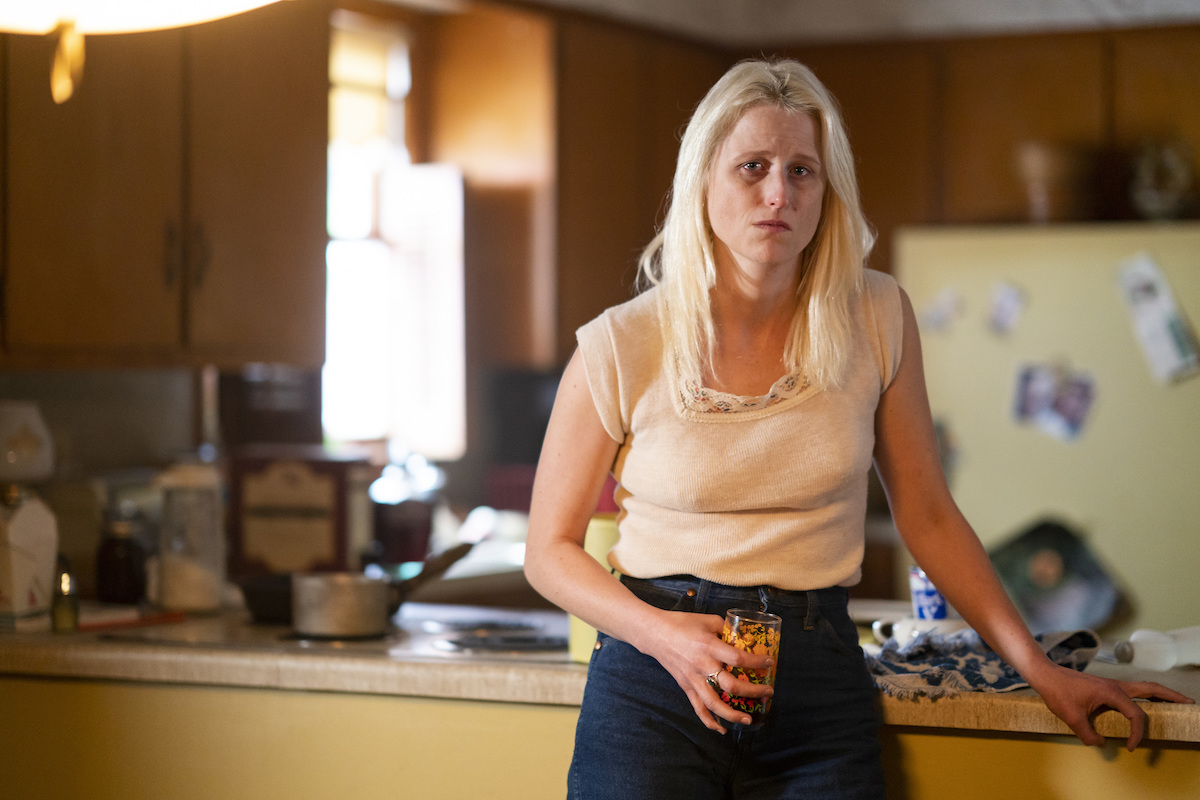 I’ve spoken before in these reviews about how difficult it is, as a parent, to imagine what the Purcells are going through. Their paths seem headed straight into darkness, although we know Tom turns it around while Lucy ends up dead of an overdose in a casino carpark. Mamie Gummer has been on the periphery so far, but dammit if her performance in the scene opposite Carmen Ejogo isn’t the most devastating portrayal of grief I’ve ever seen. The pain, the anger, the self-loathing, the guilt, the sheer, furious helplessness of it all – it’s impossible to watch and impossible to look away. The first stages of a pain that has no logical endpoint and no cure is like staring at an abyss and praying for it to leap up and grab you, not being able to believe anyone who tells you that it eventually becomes bearable. Even before we’re told of Lucy’s later overdose, Gummer’s extraordinary performance in this scene makes it horribly clear that she will never get past this point.