There are elements to this season of True Detective that work and some that are starting to feel like they’re getting in the way. It may be that they’re all heading towards the same point on the horizon but so far, some feel slightly irritating and unnecessary, like that passenger who wants to pull in and use the toilet when you’re 20 minutes away from your destination (full disclosure: that’s usually me). ‘Hunters In The Dark’ is a hard episode to review for that very reason. I feel myself groan whenever we get to Sarah Gadon’s interviews, the book stuff in the middle timeline and Mahershala Ali mumbling to himself in the dark in the latest timeline. They might have an ultimate purpose but there’s a flaw there when plot points exist just to be plot points. If it stalls momentum, then it needs to go. Do we need to know that Wayne’s son is having an affair with Elisa? It leads to a nice moment between father and son but still feels like flab where it should be sleek and lean. 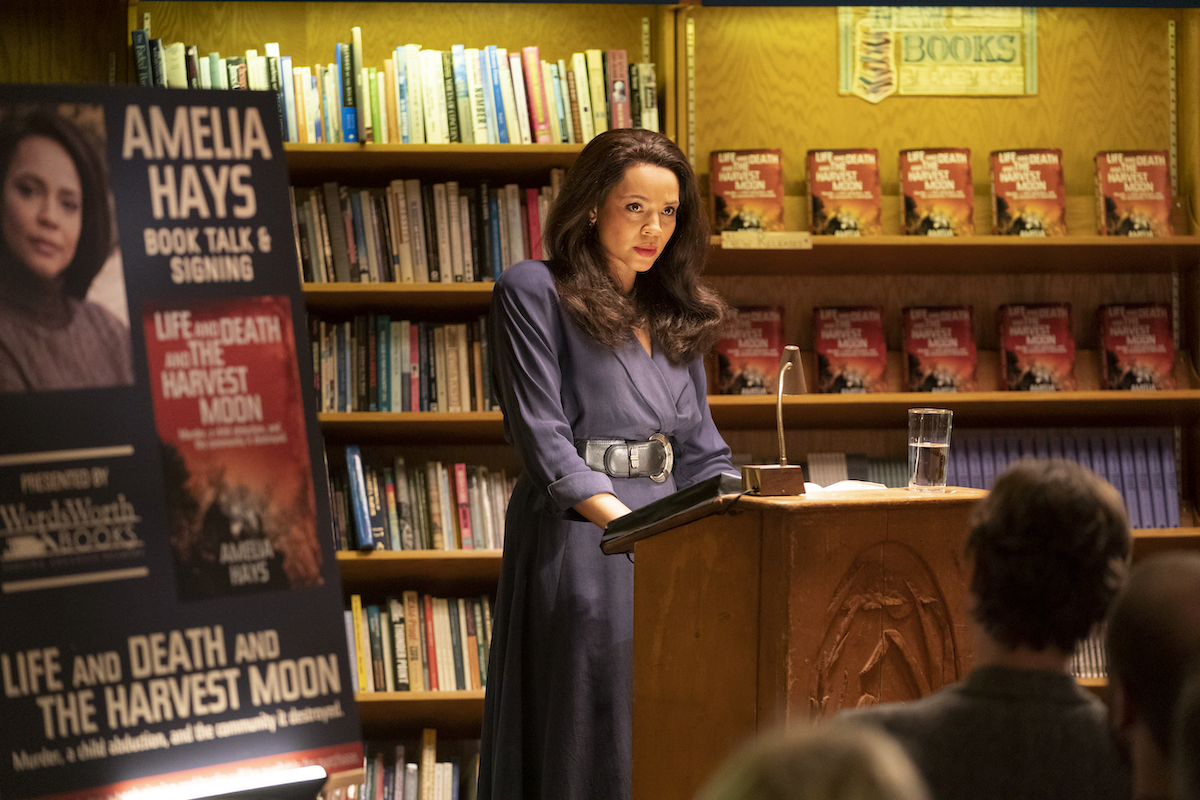 But, at the same time, there’s so much here that works, not least that faceslap of a final scene when the lights go on and we see that the walls are exactly the colour we feared: a kind of maddening pink. Tom Purcell has stumbled into something that goes way beyond his comprehension and as Harris James looms up behind him, we get a pretty good sense of how badly this is about to go. We know that Harris goes missing around this point so I’m tempted to stick to my belief that he’s removed as a potential loose end. Also, I’m doubly convinced from other conversations this week that our publicity-loving Attorney General Gerald Kindt is involved in this. He’s far too gung-ho in pressing Wayne and Roland to pursue Tom for it not to arouse suspicions. 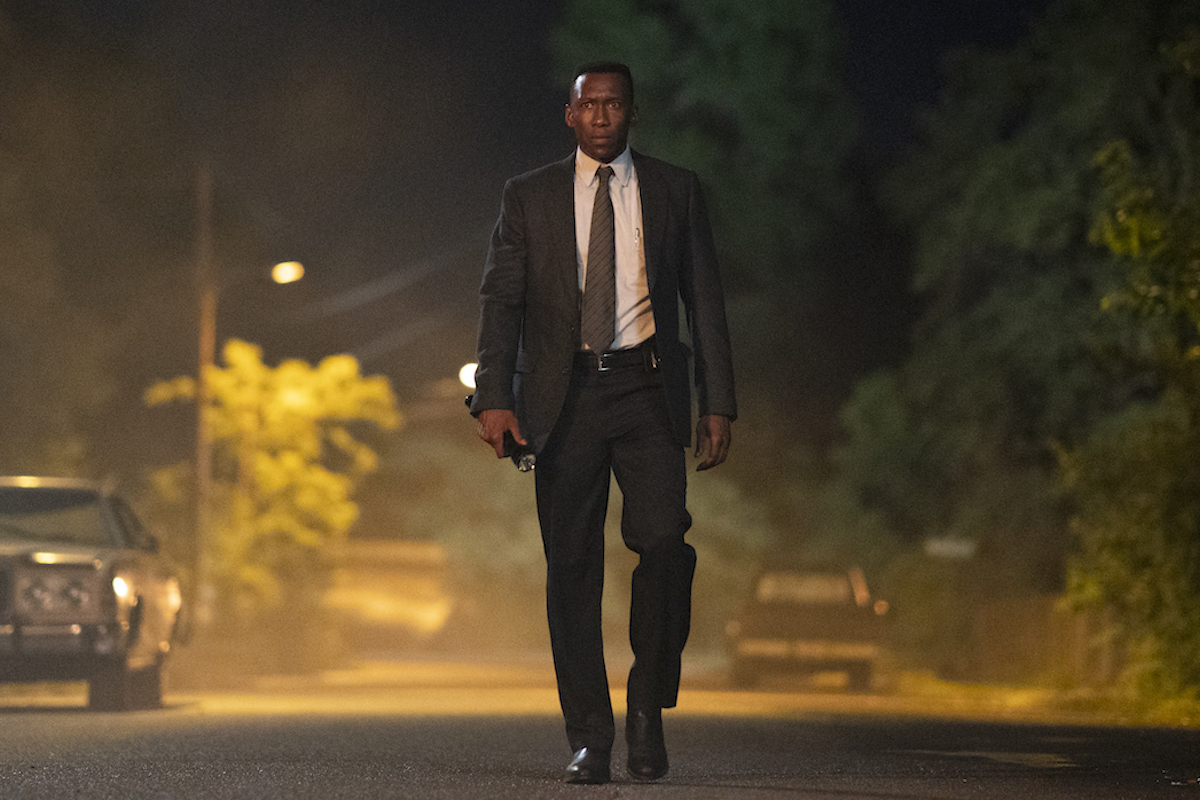 Speaking of Tom, we need to spend a little time talking about Scoot McNairy’s performance here. Obviously, most of the attention has been devoted to the Mahershala Ali train, as it steams ahead towards what looks like a nailed-on second Oscar in three years. And make no mistake, Ali is truly exceptional here, beautifully conveying the changes in Hays over the years – from haunted and unwaveringly stubborn to confused and desperate – while keeping him recognisably the same person. But Tom is probably a trickier part to play. We need to remain suspicious of him on some level, yet he needs to be sympathetic and tragic enough for us to feel as guilty about our suspicions as Roland does. Just like the teenagers, Tom is disliked and suspected because he’s outside the sphere of what’s deemed normal in 19080s Arkansas (granted, that’s a pretty small sphere). McNairy is perfect for this kind of work. He’s always likeable, but there’s something there that’s a bit squirrely and cagey (see Killing Them Softly) and he does impotent rage brilliantly. There’s enough physical threat there than you buy him kicking the crap out of Dan, while also seeing why Dan would need to have the crap kicked out of him before he’d take Tom seriously. I’ve been a huge fan of McNairy ever since seeing him in the beautifully understated indie romance In Search Of A Midnight Kiss and he’s never disappointed since. No matter the role or the project, he’ll make it worth watching. 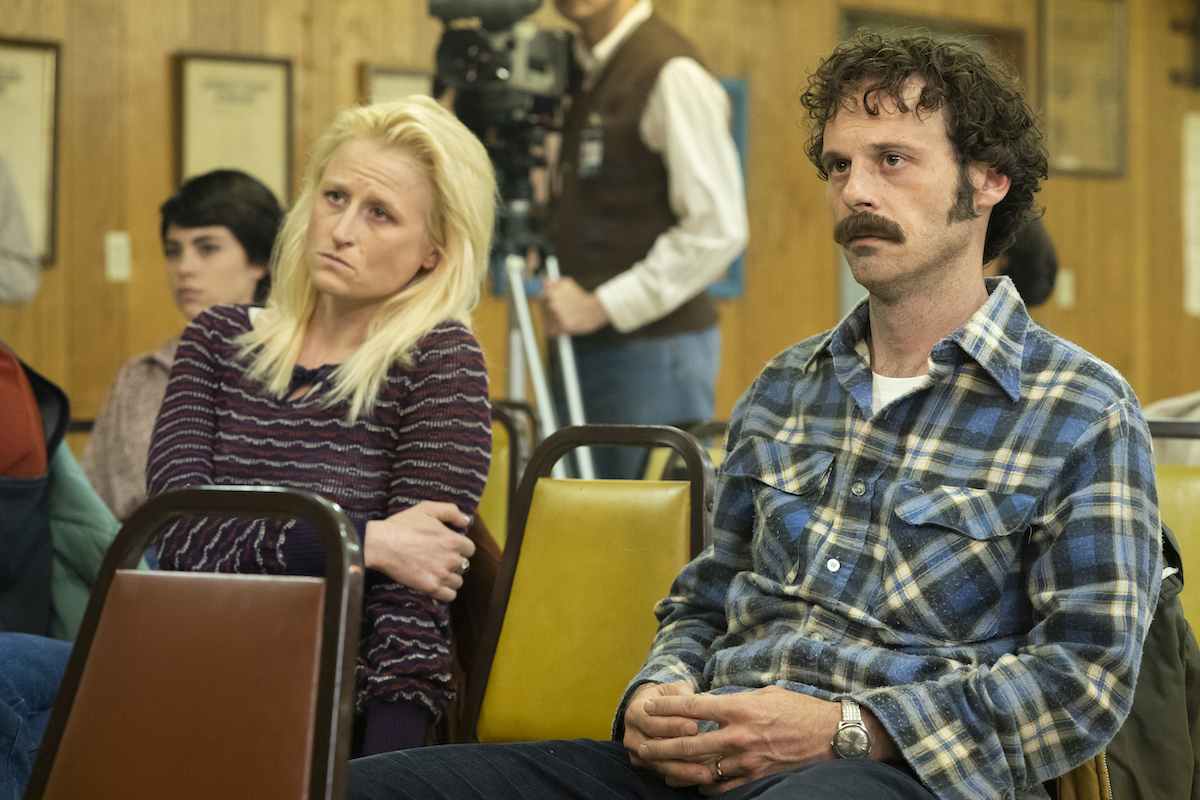 So what comes next? We’re in the back nine (so to speak) and the mystery feels like it’s just ramping up now. Is Tom about to be removed or will Hoyt, Kindt and James pin Julie’s ‘death’ on him? Who is the man that Julie accuses of “acting like my father”? Who is the black man with one eye who shows up at Amelia’s reading and why is he so damn furious? What’s for sure is we’re in for a few more twists before all this winds up.