By now, True Detective comes with its own set of expectations, chief among which is bountiful grimness. This season has delivered that in spades, from the tragic ends met by the tragic Purcell clan to Wayne Hays’s slow descent into the murk consuming his memories. What we don’t expect from Nic Pizzolatto is a happy ending, yet that’s what we get here – or as close to one as the situation allows. 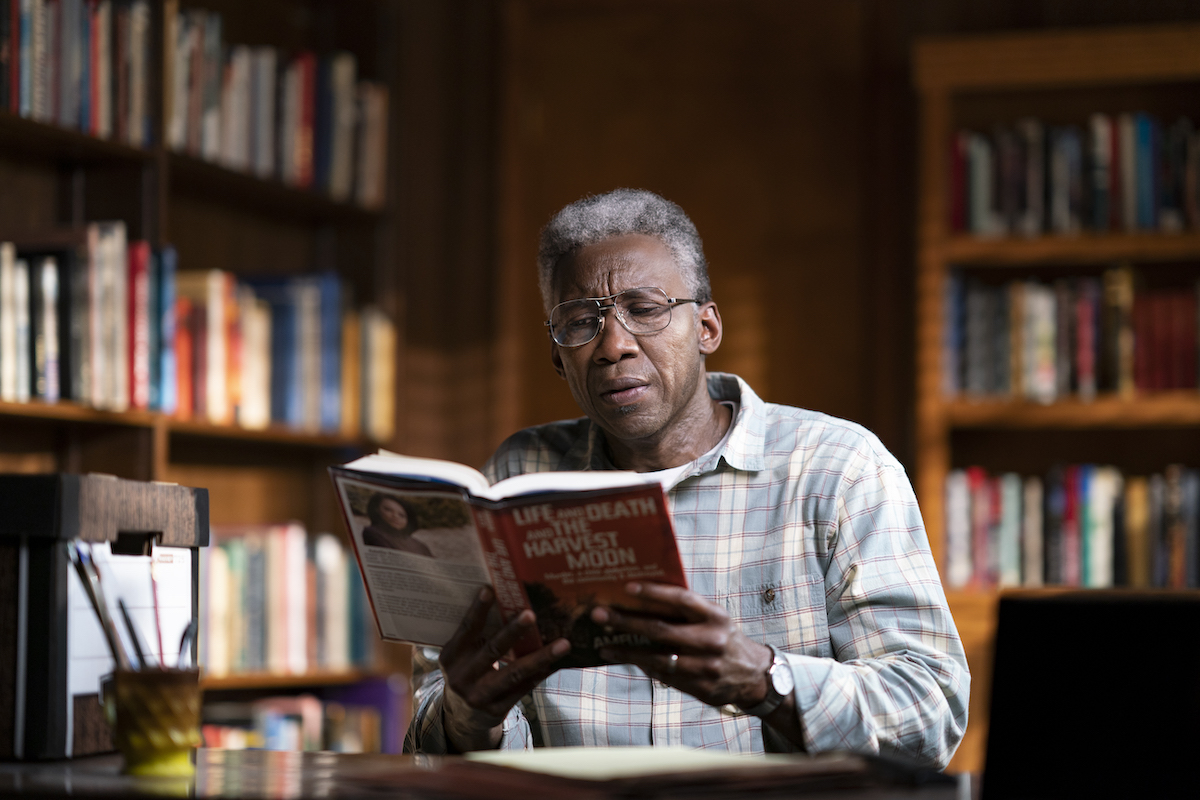 When we left Wayne, he was climbing into the back of Hoyt’s ominous sedan for a drive to God-knows-where. Michael Rooker’s brief cameo as Hoyt is a little too tantalising. The character has such sweaty menace that you can’t help but wish we’d had a little more of him over the course of the season. Hoyt and Wayne skirt each other tentatively before they reach a kind of unspoken truce: Hays stops looking at the Purcell case and Hoyt won’t look for Julie and will leave Wayne and his family be. It’s not justice, but it’s the best Wayne can hope for, especially as Hoyt claims (emphasis on claims) to have a GPS tracker that will lead him to Harris James. “Are we gonna need shovels?” he asks. 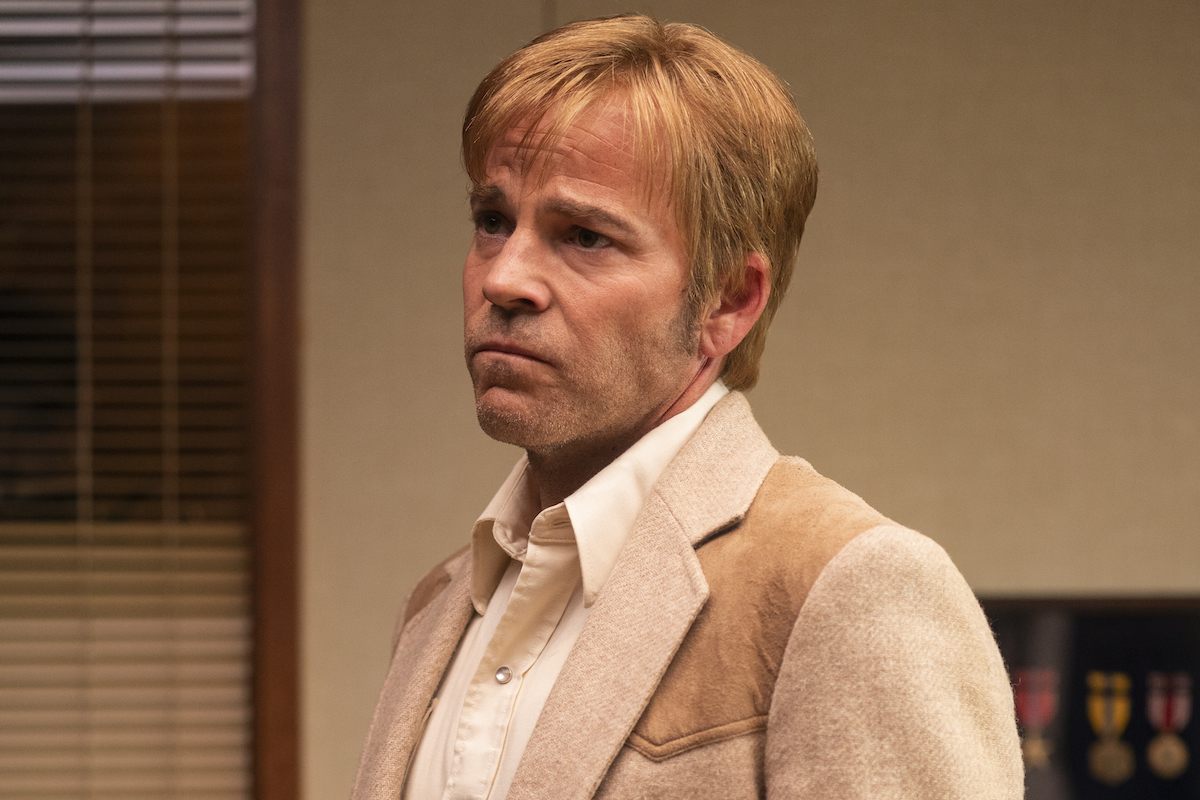 In the present day, everyone’s favourite ageing buddy cop duo finally tracks down Junius Watts, the one-eyed black man who has been lurking around the periphery of the Purcell case for some time. When they arrive at his house, it transpires he’s been waiting for them, desperate to unburden himself of the guilt over Will’s death (which it turns out was an accident) and his role in Julie’s abduction. The whole thing was orchestrated with Lucy’s co-operation as a way to replace Isabel Hoyt’s daughter, but it became hopelessly convoluted and sinister as the extend of Isabel’s mental illness became apparent. Watts helped Julie escape with a plan to meet once she was free, but she never turned up. 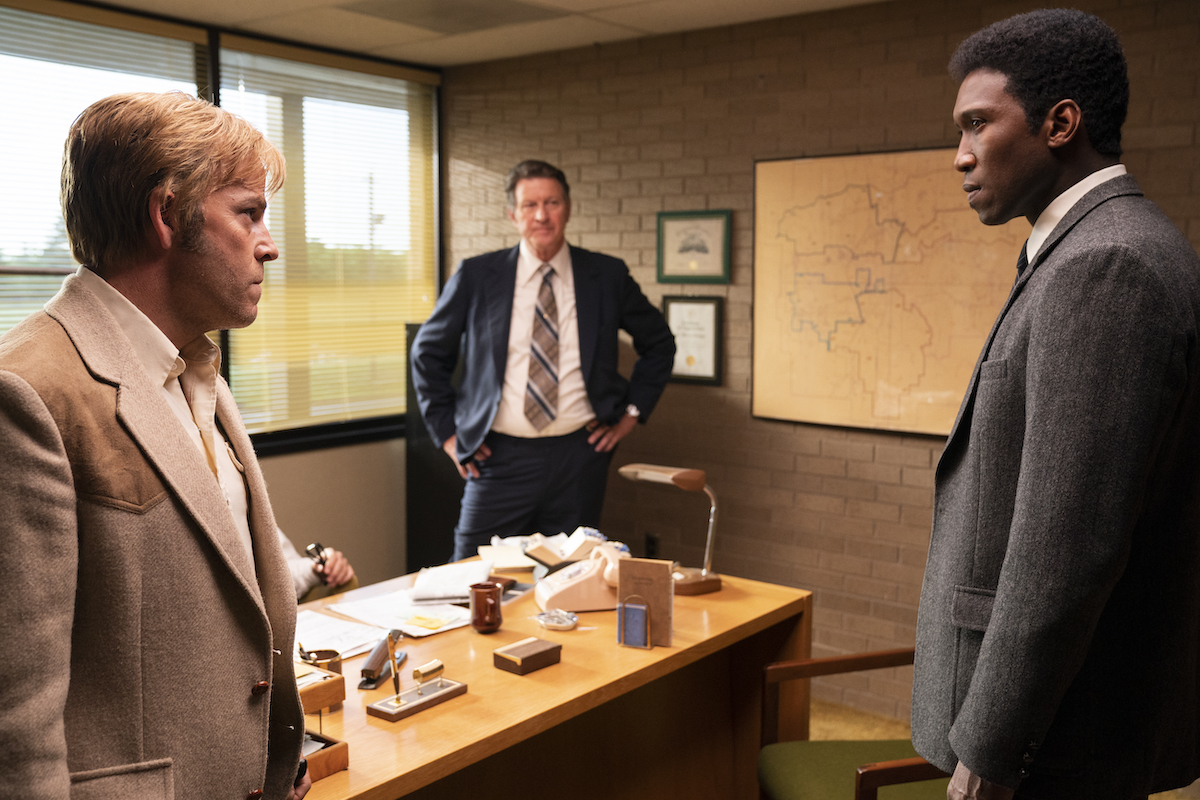 Julie’s story is a crushingly sad one. Sold by her mother, drugged by her “adopted” mother, lost in a world of runaways and strays, finally turning up HIV positive at a convent where she now remains forever, six feet under a gravestone engraved with a false name. This tragic end adds up, but it takes Amelia’s ghost to point out the clues that Wayne missed along the way. The little girl who looked just like Julie. The kind father who takes care of the convent grounds for free. As Amelia says, this is a story that kept going until it healed itself. Wayne finds Julie, happily married to a man who loved her since she was a child, and a mother to the happy little girl she never got the chance to be, living a life away from those who harmed her and would harm her again. 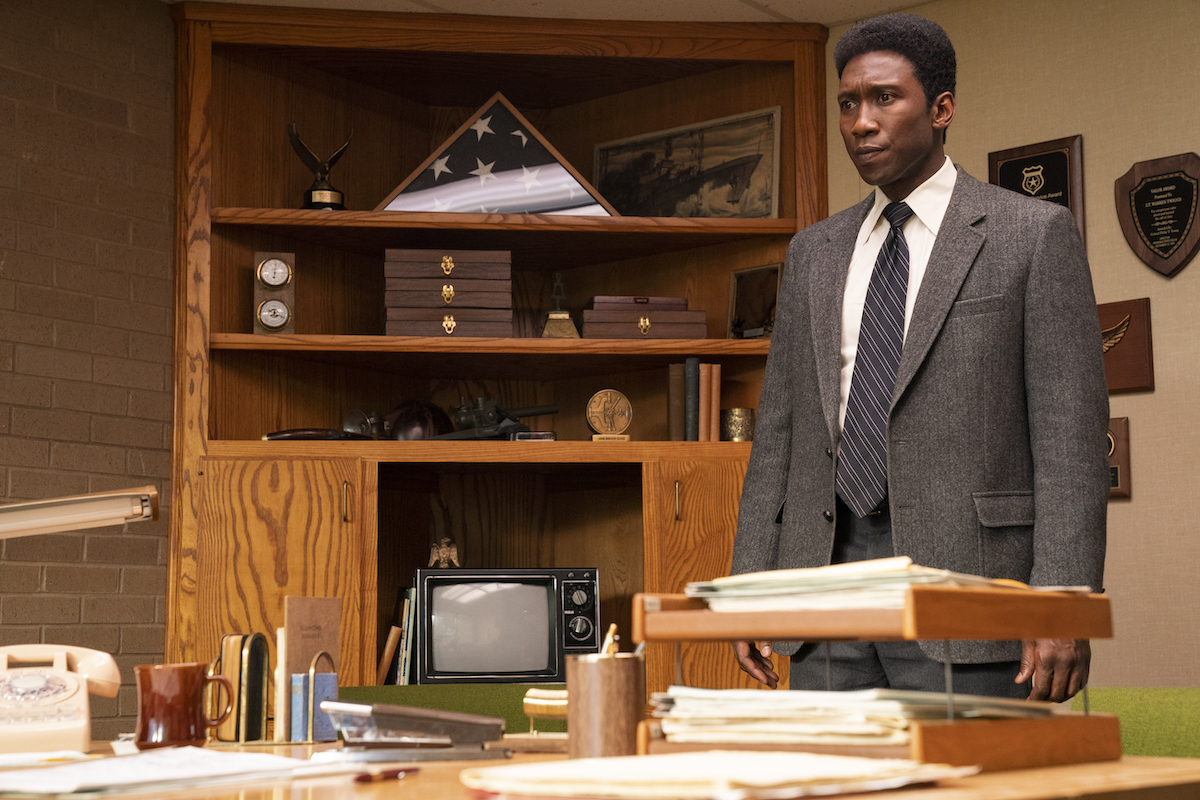 Sitting in his car outside Julie’s house, Wayne’s memory fails him and he can’t remember why he’s there. There’s been a thin line throughout this season between what Wayne forgets and what he allows himself to forget. Maybe it’s the lingering shadow of the conversation with Hoyt that draws down the shades and allows Julie to carry on her anonymous life. Although, the way that Henry pockets the address suggests that he’s not about to let her fade away into the fog of his father’s lost memories. 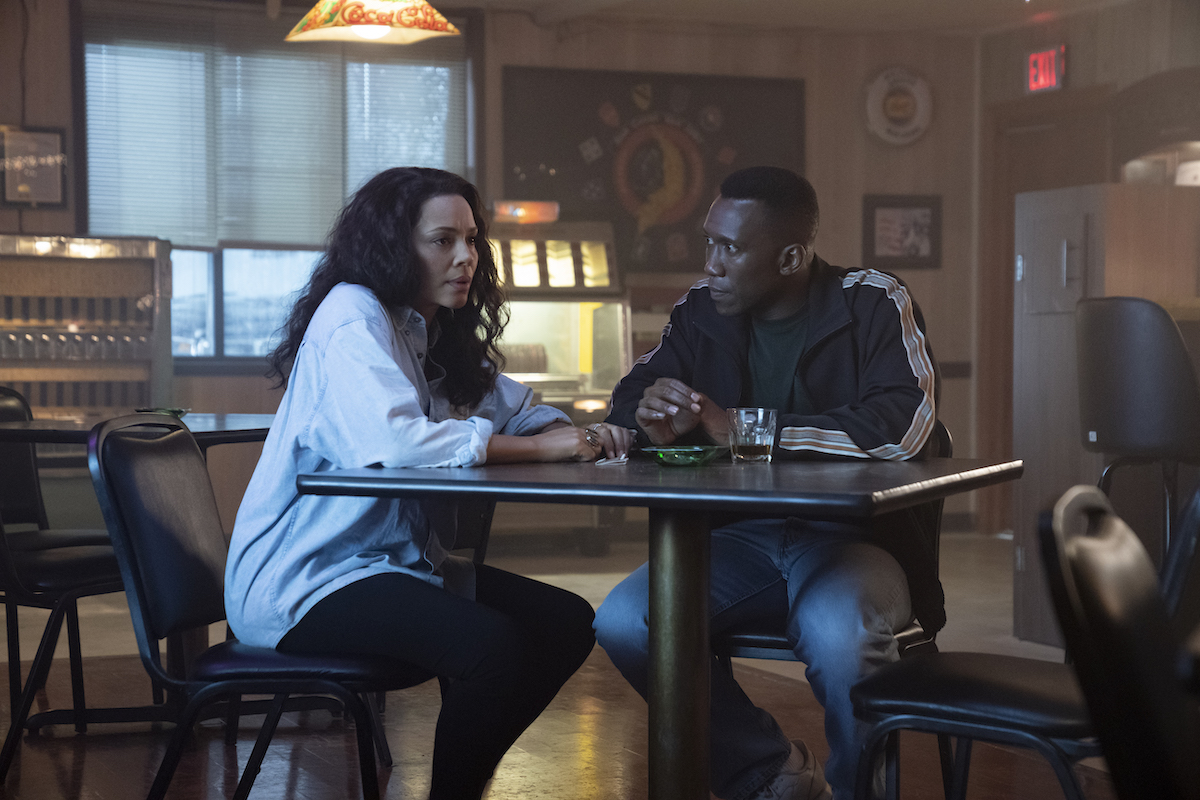 There are two scenes in this final episode – both in the VFW – that act as the glue for everything that’s gone before and offer a kind of clarity in hindsight. We’ve only ever seen Amelia and Wayne as tentative new lovers brought together by tragedy or as a troubled couple being torn asunder by it. The shift in tone in this finale shows the strength that Amelia and Wayne find in each other, the elastic band that keeps snapping them back together. We’ve seen precious little of their love up until now, but Amelia’s resolute defiance in the face of Wayne’s attempts to shut her out makes it abundantly clear why he now needs her ghost to keep steering him back onto the right track. 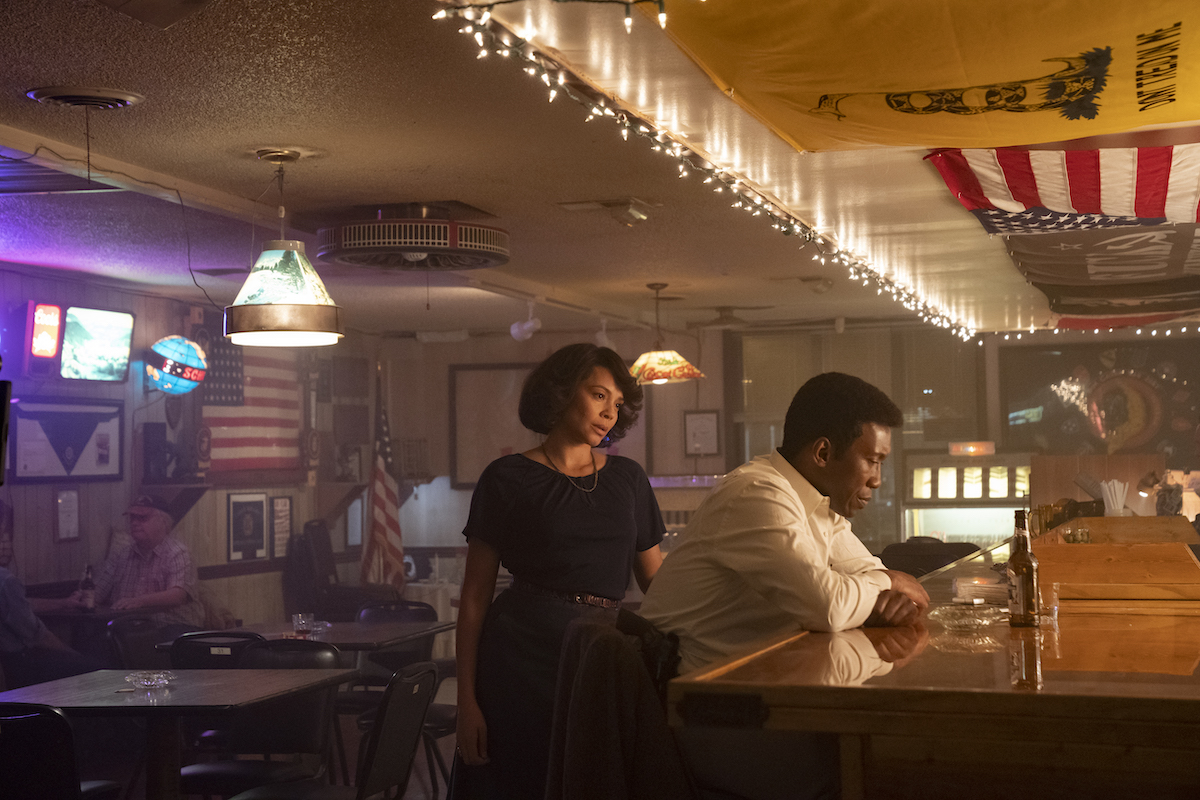 It feels incredibly appropriate that this finale was first shown as Mahershala Ali was winning his second Oscar. It’s hard to single out one member of such a stunning cast – Scoot McNairy, Stephen Dorff, Carmen Ejogo and Mammie Gummer have all been simply wonderful – but this is primarily Wayne’s story and Ali brings such a delicate nuance to three versions of the same man. Whenever this season’s writing and plot wavered, this brilliant cast was always able to smooth out the bumps and keep the wheels on the road. It’s not been a perfect ride, but it’s one that’s been overwhelmingly worth taking.