Do you believe in ghosts? I do. Not white sheets or terrifying apparitions, but the moments in life that leave a trail, a presence in our memory that comes lurching back through time. These things are like a room behind a closed door. Sometimes you forget what’s in that room and stumble in, blindsided by the pain that lives there. Other times, you choose to open the door and sit for a while, surrounded by moments. For Hays, that door just won’t stay shut anymore. He put all these things in a room with no guarantee that they’ll stay put. Now they’re running amok and he can’t tell what’s a ghost and what’s real. He stares at his blood-stained self through a window, while his older self watches from the doorway, ghosts peering in on ghosts. Your memory is a potent enemy when it turns against you. 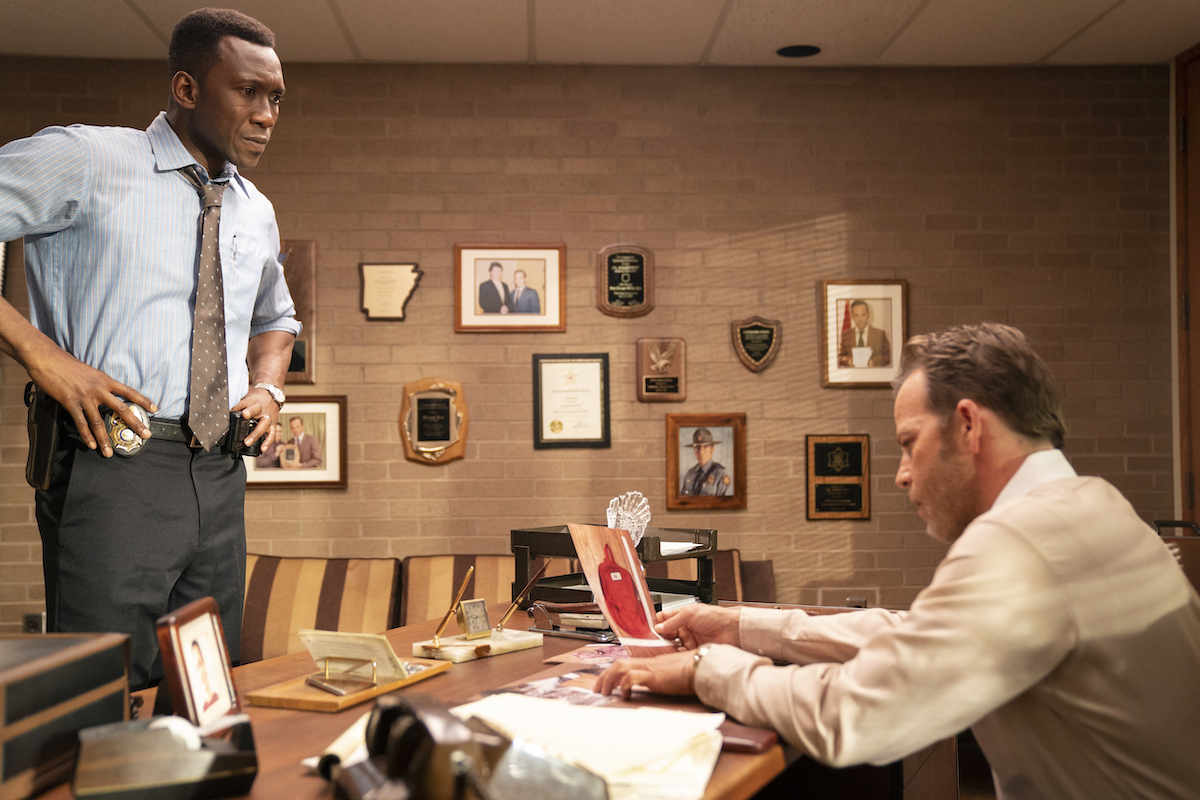 The plot is thickening this week and gaps are being filled in. Whatever it is that Hays did, we now know that he did it with Roland. But something happened between them afterwards; Hays did something to his partner that caused a 24-year breakdown in communication. Hays can’t remember what that was, and it’s a testament to their friendship that West doesn’t remind him. I’m sure it’ll come up soon enough, but there’s a real tenderness in West’s concession to his friend’s confusion and desperation. Their conversation about the bad old days brings up three important names: Dan O’Brien, Harris James and Hoyt. 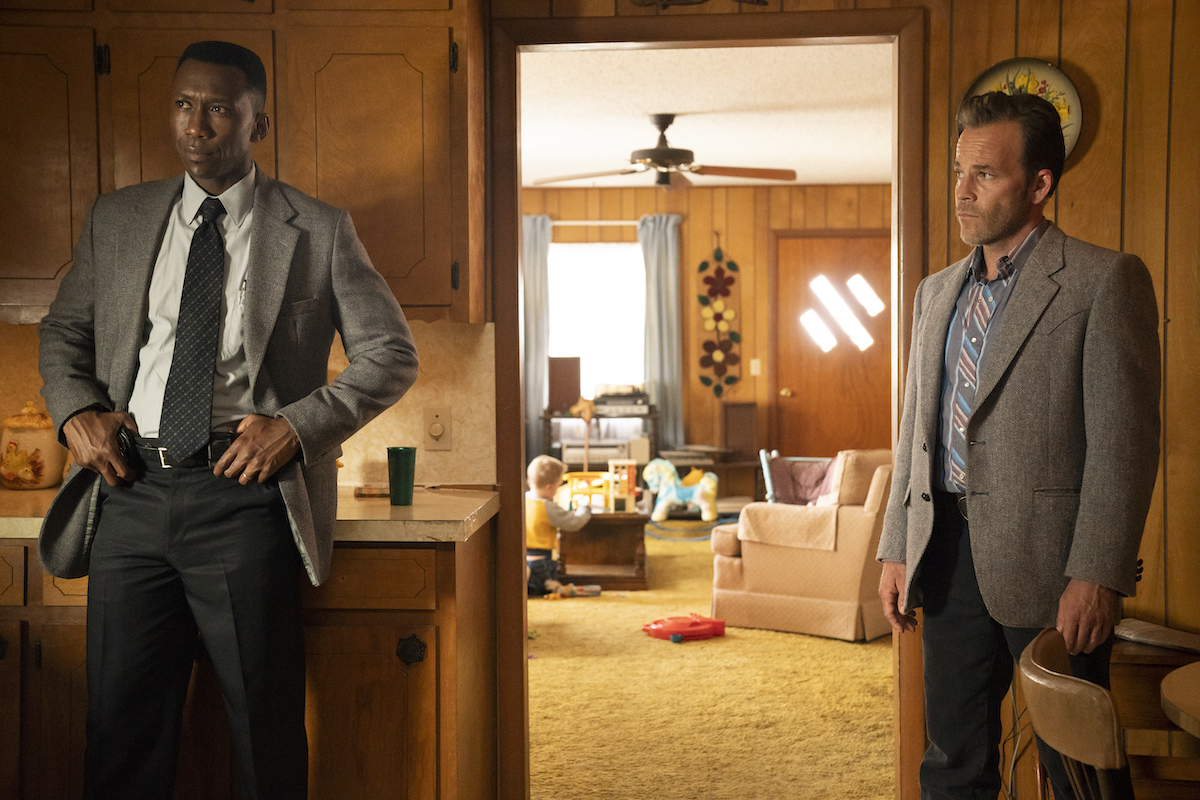 Let’s take these one at a time. Dan O’Brien is Lucy’s cousin, the one who possibly left porn mags for Will and was spying on Julie through a hole in the wall. His body turned up in a drained quarry in Missouri, and if I was a gambling man, I’d bet that Hays and West put him there. They certainly showed no qualms stepping outside the rulebook with other suspects. Harris James is someone who looms large in this episode. It’s mentioned that he went missing during the second investigation in 1990. He’s also the cop who recognises Will’s backpack when it’s found in Brett Woodard’s crawl space, a fortuitous discover that Hays later identifies as a plant. If James planted the backpack at someone else’s behest, there’s a good chance his disappearance was a tying up of loose ends. And wasn’t there a white guy in a suit among Hays’s Vietnamese ghosts last week?

Finally, there’s Hoyt, the owner of the chicken plant that connects Lucy Purcell and Sam Whitehead, the black man with the dead eye. Hays says that Hoyt came to see him in 1990 but doesn’t say why. We know Hoyt’s granddaughter went missing and that his foundation put up the reward money to find Julie. A white woman and a black man were spotted hanging around Julie and Will. There were rumours that Tom wasn’t Julie’s real dad. Lucy intimated to Amelia that she did something terrible. Julie calls the helpline and talks about “That man on TV, acting like my dad. Keep him away from me” but never explicitly says that she means Tom. Call me crazy, but all that sounds like dots just waiting to be joined up.

A musical note: True Detective’s sterling use of music (see season one’s use of The Drones and Grinderman) reaches its zenith here with Warren Zevon’s ‘Desperados Under The Eaves’ – “Don’t the sun look angry through the trees? Don’t the trees look like crucified thieves?” Good lord, that man could write a song.