Though dressed up as a genre movie, Daniel Isn’t Real is a movie that is dealing uniquely with the theme of mental health, and to mark the film’s release we had the pleasure of getting on the phone with one of its stars, as we talk about the project with Sasha Lane, who also discusses her own issues with us that has she suffered through in the past. Lane tells us why films like this are so importantly, and just how thankful she is to Andrea Arnold for casting her as the lead in American Honey.

What was it that attracted you to getting involved in Daniel Isn’t Real?
It was the script, when I read it I thought the character and what he was dealing with, with Daniel and his mother, and dealing with mental illness, and how he was supposed to cope with that, having a male perspective being portrayed in a film like this I thought was really cool. And the director’s passion behind it made it something that was the perfect match for me. It was very easy to get into.

You play an artist in the movie – have you ever been creative in that way before? Other than movies of course.
I like to write poems, and it was funny in the year I did the film I had just started painting because I was in Bulgaria for four months and I was basically just losing myself and needed some kind of outlet and I started painting. 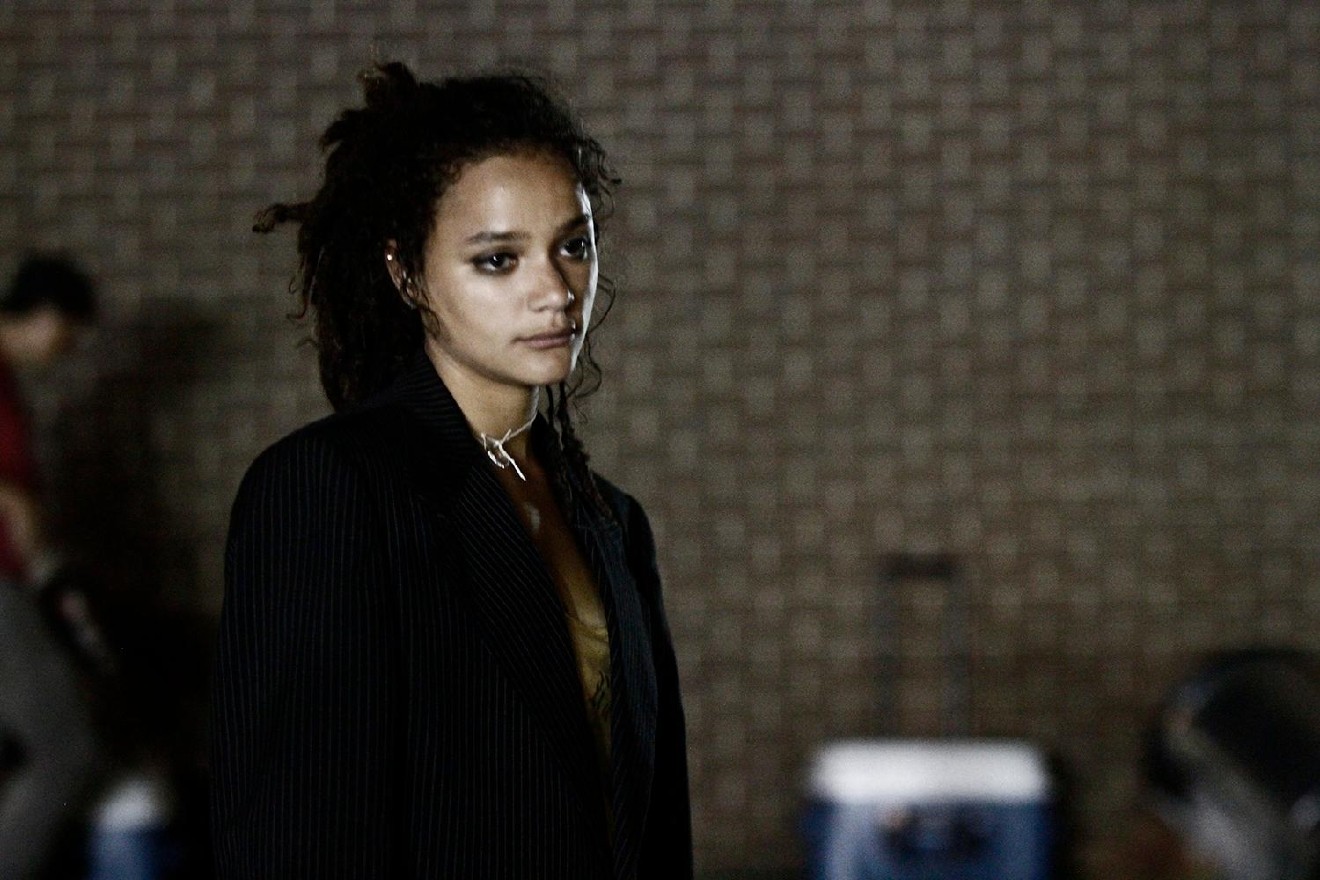 I find talking to myself quite helpful, to verbalise things. I gather a lot of people do that. Is it getting to a point where films have an obligation to start exploring themes like mental health.
Definitely. I feel like as people we have a duty to really look at who we are, and that we can consistently be the better half of ourselves. The world we’re living in today, I think a lot more people suffer from mental illness that has been known before. It’s very helpful to find a form of outlet to tap into and to deal with the things that we’re dealing with, and to show it in film because a lot of people learn from films, and learn about others and what they’re dealing with, and other perspectives and how people interact. So it’s good to put this film out there, especially something like hearing voices, it’s easy to think that person is crazy but it’s a very real thing, in bipolar and schizophrenia, to hear these voices, and they feel so real to you. Talking to yourself can really help people get through hard times. You feel like you’re talking to another side of you, and it’s a way for people to cope with their childhoods, they create these figures, or imaginary friends who then turn into their own demons. When you start to really see that, and not normalise it, but make it seem as being common and very, very real, then more people will start to understand it and maybe look for the signs and find better ways to help it, which is where therapy comes in. It can make mental health institutions better than just locking someone up. Like, how do you actually get to the root of the problem that way?

Did you ever have an imaginary friend when you where a child?
I didn’t have imaginary friends, but I used to read books in my closet all the time because I liked small spaces. My mind was kind of the biggest thing about me, and I spent a lot of time inside my mind. I myself have, for many years, dealt with voices, I’ve gone to therapy for it and it’s been a very big part of my life. I’ve had one pretty voice, but the rest have not been so pretty and not been so kind. I think an imaginary friend would’ve been better, because I had to basically talk to the voices and say, you know, we’re either going to work together or you’re going to have to leave because it wasn’t doing me any justice by basically listening to them and letting them rule me.

You’re acting alongside two versions of the same character. Acting is so much about reacting, but you had a tough task of learning not to react, because you were in a room with two people but had to pretend throughout that one of them was never actually there. Was that quite hard?
I feel like in a normal sense that would be very hard, but for me the voices have been very real in my head so I kinda used that as a tool. I’ve heard these voices before, and I’ve gone out in public while trying to maintain a face that suggests there isn’t something going on in my head that is telling me other things, so I used that in my performance. To just ignore, basically. You make your own thoughts and your actions and your voice louder than the one in your head, or the one that is behind your ears screaming. So to me it felt kinda normal I guess, and a bit oddly comfortable. I think it was one of the easier things to deal with, to bury everything behind.

I love the story of how you came to be involved in American Honey. How much gratitude do you still place on Andrea Arnold for giving you that shot? Because you get some incredibly, talented young performers out there who never get given that chance, and you must’ve been so thrilled that somebody took that punt on you, to take that gamble?
Oh definitely. I was in a very low point in my life and it felt like something was missing, and I felt very much alone for the majority of my life and very misunderstood, so to then have someone, who was a complete stranger, see so much in you and take the time to get to know you as a person, and that she could see something special there that she was willing to risk her entire film on it, just having her, and a lot of people who were a part of that film, give me that hope and that sense of affirmation, it obviously changed my life so much. So yeah, definitely, it’s something I think about a lot.

Do you ever think about what you might have been doing now, had Andrea not given you that chance?
The true honesty of that answer is that I didn’t see much of anything in my life after that. I was very low in that point and it really was a voice in my head, the pretty side of that voice, for the first time just saying ‘just hold on there’s more to come’. So I feel like if that wouldn’t have happened, to be honest with you, I didn’t see much of life after that. So I am very thankful.

Finally, we see you soon in Weetzie Bat. How has it been making a film when you know there’s such an expectant, pre-established audience in place? Is that quite a nervous proposition for an actor?
Oh yeah, obviously, especially in this day and age when a lot of people have a lot of things to say, and can be very passionate. Sometimes that comes out good, and sometimes it just comes out like they’re ready to critique you until the day you day. So anything that has a fan-base already is definitely quite nerve-wracking.