Lightning never strikes twice. Magic cannot be recaptured. The well yields less and less with each return visit. More often than not, this perceived wisdom is doubly true for movies as sequels so rarely live up to the promise and wonder of their predecessors. But exceptions exist (although we’re prepared to fight anyone who claims Aliens is better than Alien) and that’s what we convene today to explore. From the arthouse to the time-travelling phonebox, we ask as contentious a question as we’ve faced yet: what’s your favourite sequel?

Mark Grassick – BILL & TED’S BOGUS JOURNEY
Growing up as a rocker in a small Irish town of ravers and rappers, I felt woefully short on kindred spirits. My peers sneered at my love of Iron Maiden, Metallica and Anthrax, while my family despaired at the constant barrage of noise that emanated from my bedroom (my father occasionally turned off the power just for a moment’s peace). Bill & Ted’s Excellent Adventure felt like it was made for me, two metal-loving dudes created out of affection (unlike Wayne and Garth) and greeted with mass adoration instead of ridicule or suspicion. When the sequel came out, I wasn’t a seasoned enough moviegoer to expect diminishing returns, but it wouldn’t have mattered. It’s a rare case of the successor exceeding the original, doubling down on the surreal “woah, dude” insanity as Bill and Ted fled from the Easter Bunny in hell, fought evil robot versions of themselves, melvined the Grim Reaper and quoted Poison to God. Thanks to Wyld Stallyns and their triumphant version of ‘God Gave Rock N Roll To You II’, no one will ever convince me that loud guitars won’t save the world. Because people we have been given a gift. We have been given a role. And that role’s name is rock and roll. 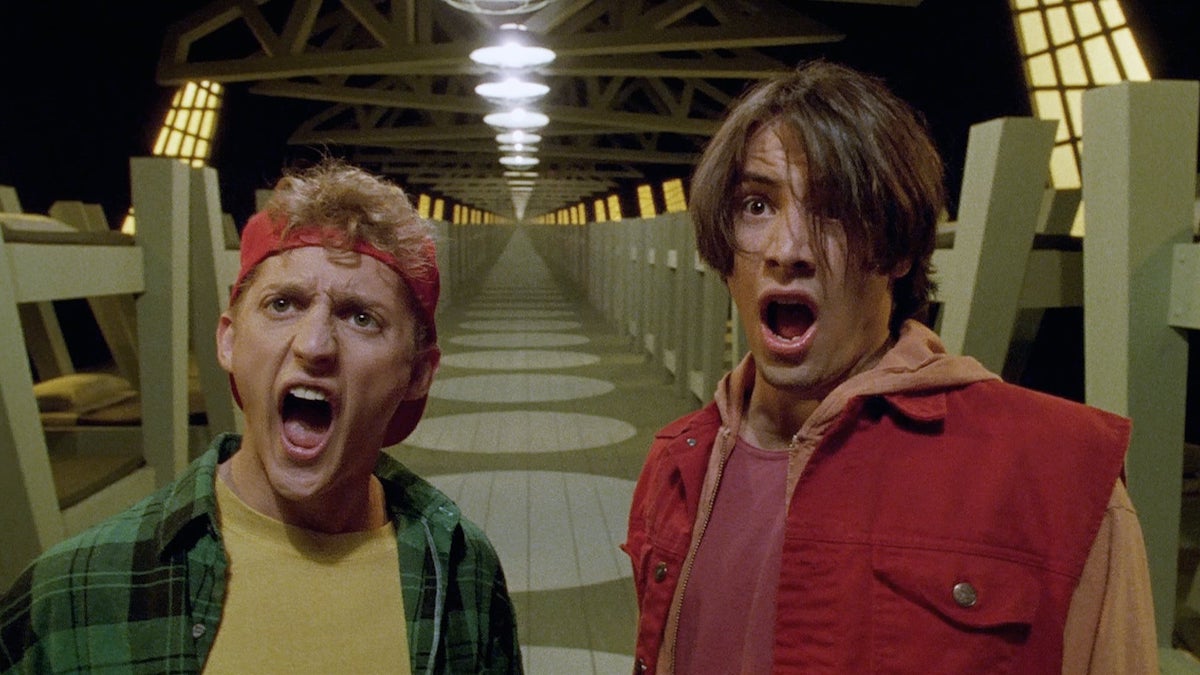 Adam Lowes – STAR TREK II: THE WRATH OF KHAN
It’s fair to say the Trek universe is currently thriving, but it almost came undone following Robert Wise’s big-screen reboot way back in 1979. Admired by some die-hard Trekkies, it was generally regarded as too ponderous and self-indulgent by many cinemagoers. The Wrath of Khan was exactly what the franchise needed. Even now, over 35 years since it was first released it remains insanely watchable – a rip-roaring seafaring-in-space adventure which never once flags and has the distinction of a hero and foe (played magnificently by Ricardo Montalbán) who never actually meet face-to-face. Director Nicholas Meyer doesn’t pay slavish lip service to the original series, and that is partly why the film has endured. Spock’s death at the end of Khan is one of the most moving moments in all of genre cinema, and I still get chocked up to this day whenever I hear Bone’s sombre “you better get down here, Jim” on the Enterprise intercom, following the short-lived victory against the titular villain. J. J. Abrams’ woeful Star Trek Into Darkness only helped demonstrate that filmmakers should never try and loosely replicate the formula of a beloved and genuine cinema classic. 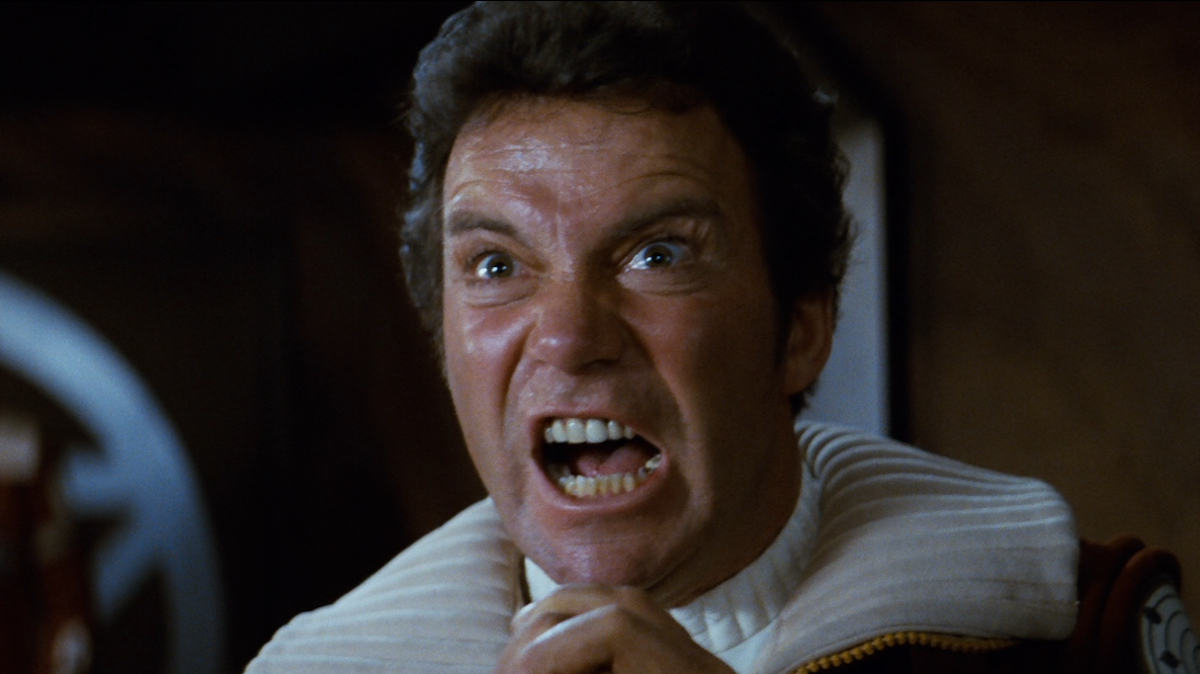 Greg Wetherall – THREE COLOURS: RED
You might well arch an eyebrow at how I’ve managed to sneak Krzysztof Kieslowski’s Three Colours: Red under the ‘sequel’ banner, but it (just about) charts the fates of characters present in previous chapters, so it counts. It’s a technicality, yes, but one I’m prepared to seek wholehearted refuge under. As for why I chose this film? I don’t even know where to start. Alas, even Tarantino thought Red should have walked away with 1994’s Palme d’Or in place of his own Pulp Fiction. The profile shots, the use of colour and framing, the meticulously thought-out detail, the French revolutionary ideals placed before colours of the French flag: it’s all there. Everything about it oozes class and substance. I had prevaricated over choosing Before Sunset, but that wonderful film was more of a happy accident than a mapped-out, carefully sculpted work of ‘ART’ (writ large, in neon, and to be plastered high and wide). Kieslowski announced his retirement after this release. Who could blame him? What an achievement. Methodical, but also warm, Red is laced with indelible imagery and life-affirming narration. The denouement is unforgettable, but other seemingly inconsequential motifs, incidents and markers are proven to be of huge significance to the whole trilogy upon conclusion and revisits. It’s the sequel that keeps on giving. Filmmaking from a superior hand and mind; of its time, out of time and for all time. Genius. 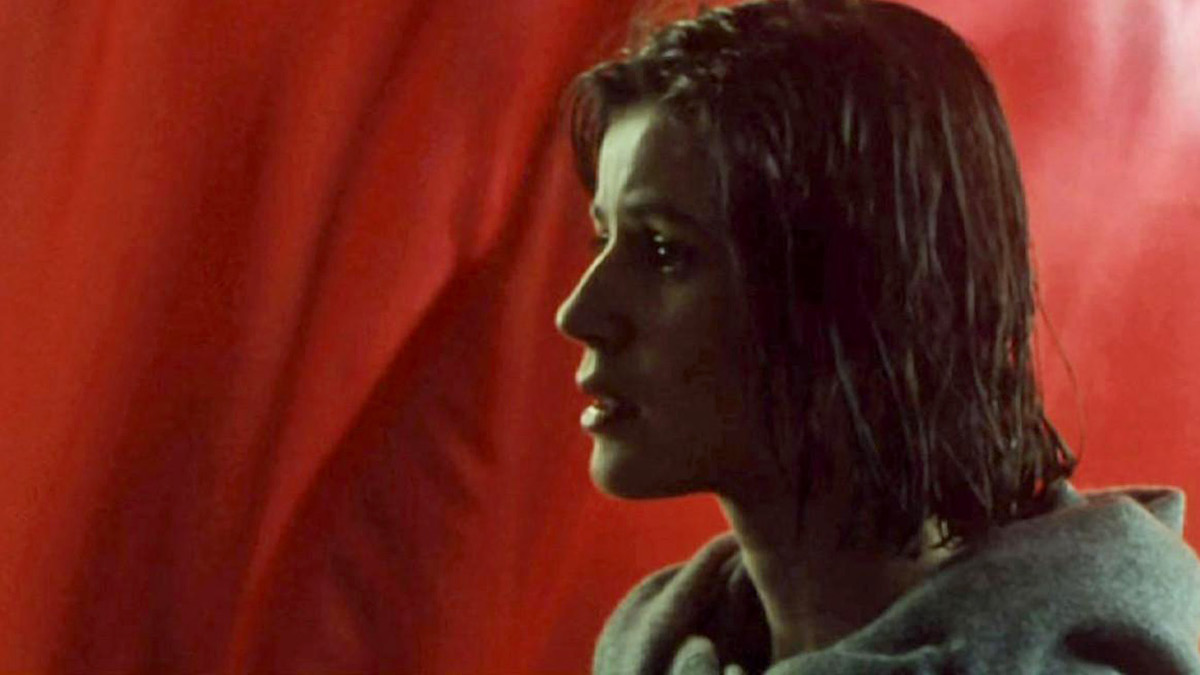 Jo-Ann Titmarsh – TERMINATOR 2: JUDGEMENT DAY
I briefly moved back to my small hometown in the summer of 1991. I’d become a bit of a snob at uni, banging on about The Unbearable Lightness of Being and the like. So, when I drunkenly watched The Terminator one night with my new housemate, it was a revelation. I’d been brought up on Star Trek and Dr Who, so tele-transporting and time travel were part of my viewing baggage. But that robot, the one-liners, the terror and even the brief moment of romance was a perfect sci-fi storm. When Terminator 2 came out, I went to see it with the same housemate (sober this time) and loved it more than the original. It was bigger, scarier, slicker. The twist of Schwarzenneger’s Terminator becoming the goodie, the slick special effects, the morphing nemesis, that booming music and Linda Hamilton’s lean, sinewy Sarah Connor meant that Terminator 2 had exceeded the excellence of its predecessor and I had been (partially) cured of my snobbery. 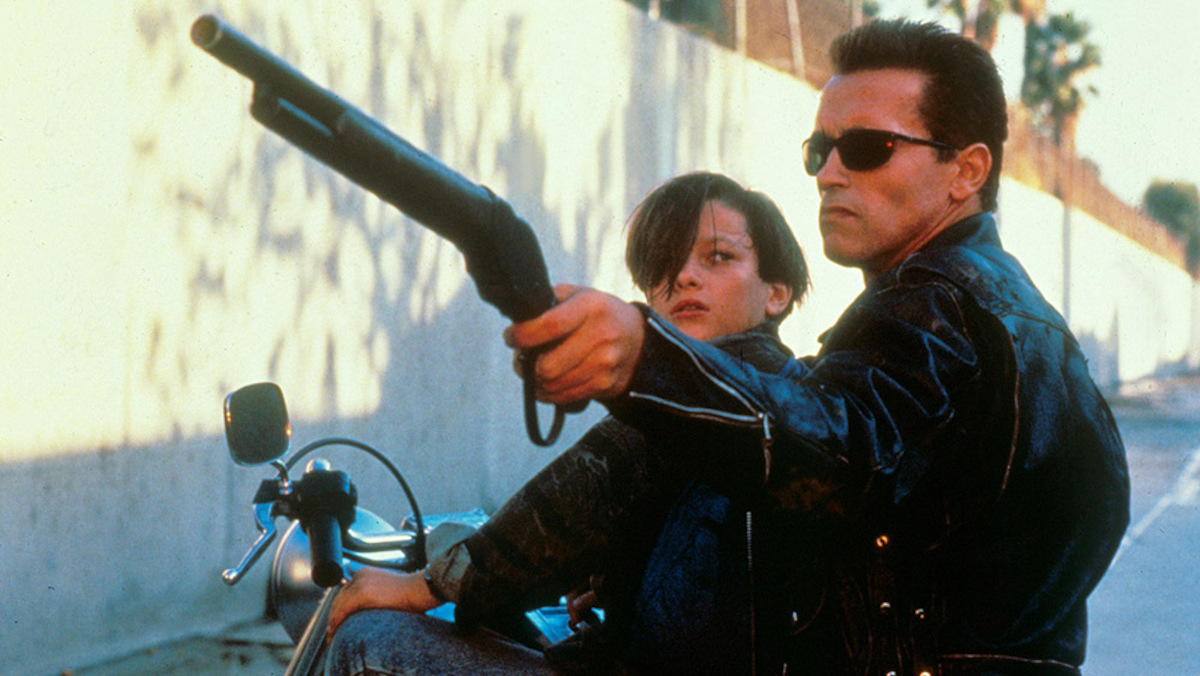 John Bleasdale – INDIANA JONES AND THE TEMPLE OF DOOM
Raiders of the Lost Ark was an amazing discovery. Like a piece of Mozart or a Beatles song, the first time you heard it, you already knew it. You’d known it all your life. From the Raiders march to the fedora-ed archeologist with a whip (!?), we’d dreamt him long before we saw him. And the sequel was coming out on my birthday. A gang of us went to see it on that blistering day in June, 1984. And it was amazing. James Bond at the beginning, Hammer House of Horror in the middle, a literal roller-coaster ride with chilled monkey brains, musical numbers, hellfire and crocodiles. Looking back, there’s the comic book racism and Kate Capshaw’s incessant screaming – but that glorious summer day my boyhood self couldn’t help but whistle ‘Anything Goes!’ on my way back out and into the sunshine. 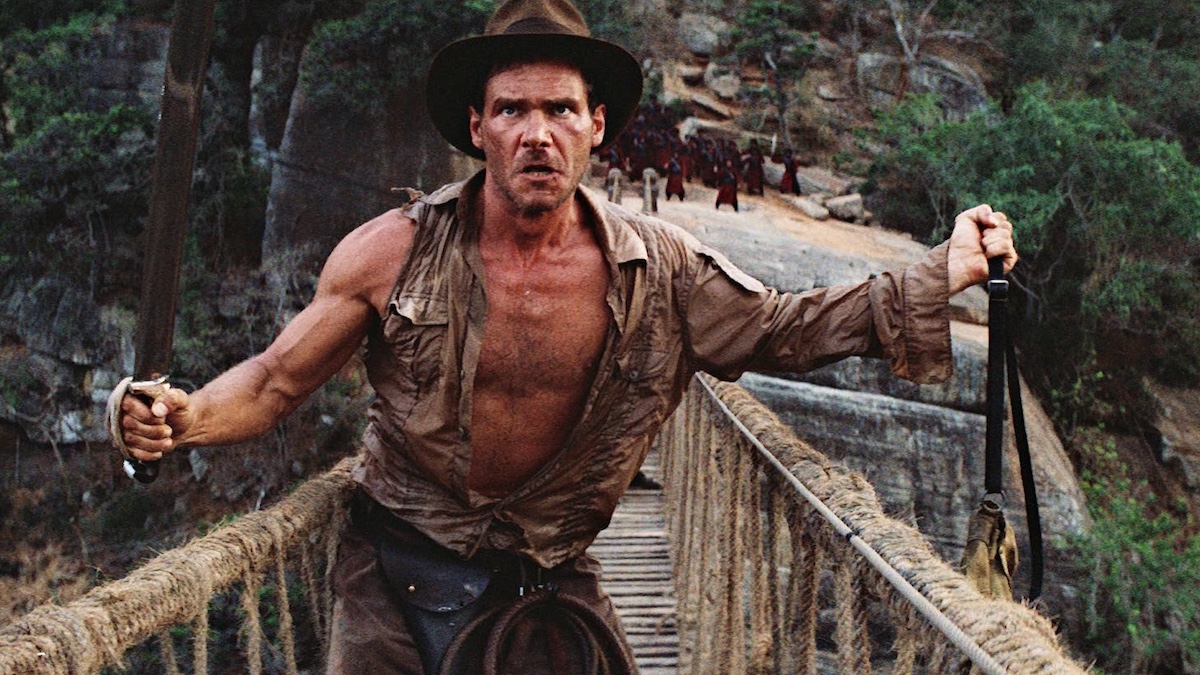 Stefan Pape – TOY STORY 2 and TOY STORY 3
You’d be hard pressed to find a better trilogy in the history of cinema. Perhaps it’s my age, I have grown up with the franchise, and the third especially arrived just at a time in my life where I was becoming an adult (well, to an extent) and taking on responsibilities, having to move onwards and yet to always remember to cling on to that ineffable sense of adventure. Rarely are sequels better than the original, but here they improve with each passing effort. They’re all so full of enchantment and pathos. I cry with noise when I watch them. In the third, I get so invested that even after several viewings, I always think they’re going to die in that incinerator. So now onto a fourth… I’d be lying if I said I wanted it to exist, for we don’t need another one, it’s perfect as it is. But if the other sequels are anything to go by, perhaps an element of trust is required here – and believe me, I will happily eat my words. 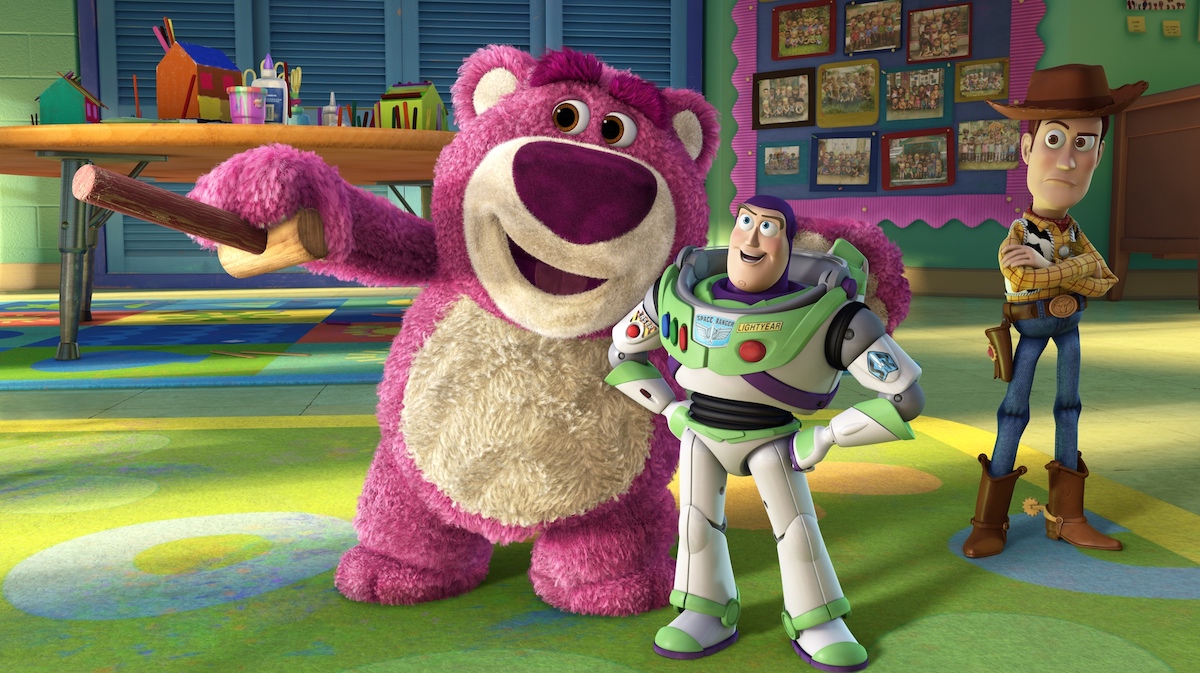