When dealing with filmmakers we always strive to find a continuing strand, a repeated theme that can be identified within their repertoire, that binds their work together. When scrutinising over the films of Damien Chazelle, who truly burst onto the scene with Whiplash, only to win multiple Oscars for musical La La Land. The strikingly talented 33 year old is now back with First Man, a biopic of the first man on the moon, Neil Armstrong. 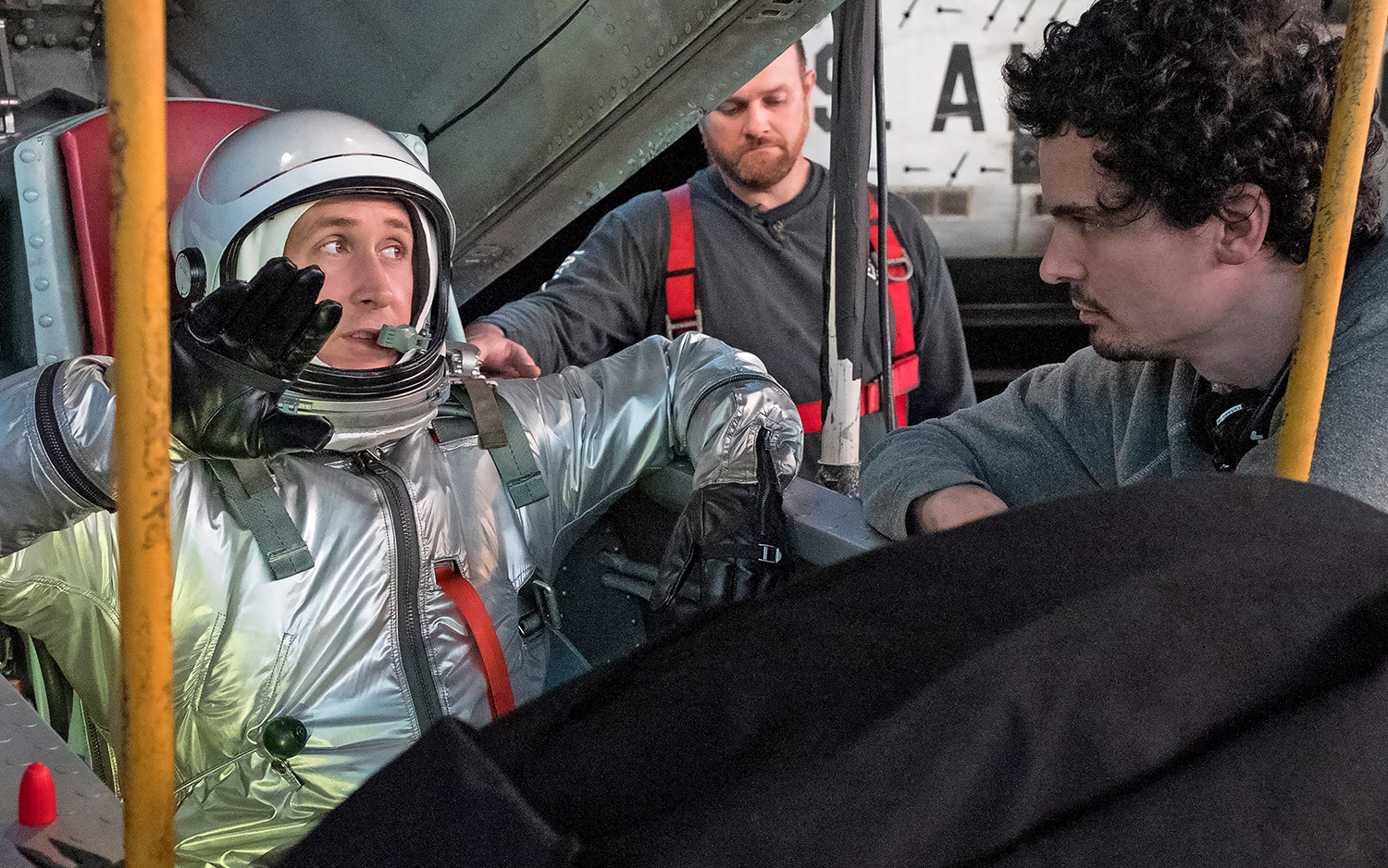 It’s pretty clear when analysing the three movies what theme it is that truly appeals to Chazelle, and it’s that of careerism, the notion of sacrificing so many things in your life; love, family, friendship, for personal gain, to move ahead and to be the absolute best you possibly can in your chosen field. It’s not done in a critical way either, but more from a point of admiration. For the protagonists, though undoubtedly flawed, always keep the viewer on their side. To be the best, be it as a drummer, an actress or a astronaut, those who excel often have to make these sacrifices, so this is not so much a condemnation but a comment on society, vying to comprehend exactly what people have to do to perfect their craft, to be a success, and what compromises are made along the way.

In Whiplash we see Miles Teller playing Andrew, a promising and talented young jazz drummer who pushes himself to the limit, with the help of a heavy-handed mentor, in a bid to realise his evident potential. Within the film he has to give up on any sense of socialising with his peers, including that of a young woman, played Melissa Benoist, who he feels he has to let go to avoid any form of distraction. In La La Land we have a double dosage of careerism, for we meet the star-crossed romantic duo of Sebastian and Mia, played by Ryan Gosling and Emma Stone, respectively. They fall hopelessly in love with one another, but his lofty ambitions of owning a jazz club, and her dreams of becoming an actress see them stop at nothing to get what they want. The latter stages of the film casts an eye over their decision and the sacrifices they have made to pose the vital question of whether it was all worth it. They both became hugely triumphant in their fields, but at what cost? Each other, it seems.

Going into First Man, which feels like such a different endeavour for Chazelle, a biopic for starters, and so far removed from the fantastical, romanticised nature of his preceding sun-kissed musical, and yet again the prevalent theme is the same. He’s delved into a career that only contains though who have made huge sacrifices. To be an astronaut, you spend so much time away from your family and what’s more, you flirt with death frequently. You risk having children grow up without a father. Within the film there are several causalities, and while Armstrong isn’t one of them, there are moments where he has to say goodbye to his family, for what could potentially be the last time. He was the first man on the moon, and to be granted such a title, you need to be high ranking at NASA and you need to be hugely dependable, and to have reached that stage Armstrong gave up an incredible amount. Suddenly, as the film progresses, comparisons to Whiplash and La La Land are patently clear.

It’s fair to say that all directors put elements of themselves into their work. In any form of art, that can be true of the artist, it’s impossible to avoid. So given Chazelle’s age, and what he has accomplished thus far in his career, it’s fair to assume he too is a careerist, somebody making sacrifices in his personal life to become the best he can be. Perhaps exploring this theme through his characters is cathartic for him. When we spoke to his regular collaborator Justin Hurwitz, a composer on all three of the aforementioned titles, he effectively confirmed as much.

“We’re very obsessive about our work and the things that we’re passionate about, we just get really into it and we give them everything we have, and that’s something that has been the case with some of the heroes of his movies along the way,” he continued. “Different levels of sacrifice, different types of sacrifice. I love the characters in his movies and how passionate they are about what they do.”

So there we have it, Chazelle’s films have this evident theme that ties them all together. But if they are therefore a reflection of himself, and a shade of his own personality, imbued into his work, then who we are we to complain, for his personal inclination to be the very best is creating pretty special cinema, and we’re reaping the rewards of his sacrifices. So, we’re sorry to those close to the man himself, but Damien, please continue.

First Man is out now