The original three angels were Jaclyn Smith, Farrah Fawcett and Kate Jackson, who were followed by Drew Barrymore, Cameron Diaz and Lucy Liu. Today, in the reboot of the Charlie’s Angels franchise directed by Elizabeth Banks, the new angels are Naomi Scott, Elle Balinska and Kristen Stewart. Just a few days ago the director shared a photo on her Instagram profile in which she presented the trio we’ll be seeing on the big screen next December. “’Charlie’s Angels,’ for me, is one of the original brands to celebrate the empowered woman since its debut in the ’70s,” Banks told Variety.

She said that she is returning behind the camera to tell an all-female story in the light of movements like #MeToo and Time’s Up. “Our film will be kind of a woke version of the original,” said Stewart, who you can see in Hot Corn’s first exclusive images from the set. “We want to show what we are capable of. Today nobody is surprised to see a woman fighting on the big screen. Our Charlie’s Angels will show everyone just what women can achieve when they join forces.” While we wait for the film’s release, here is the exclusive gallery brought to you by Hot Corn. 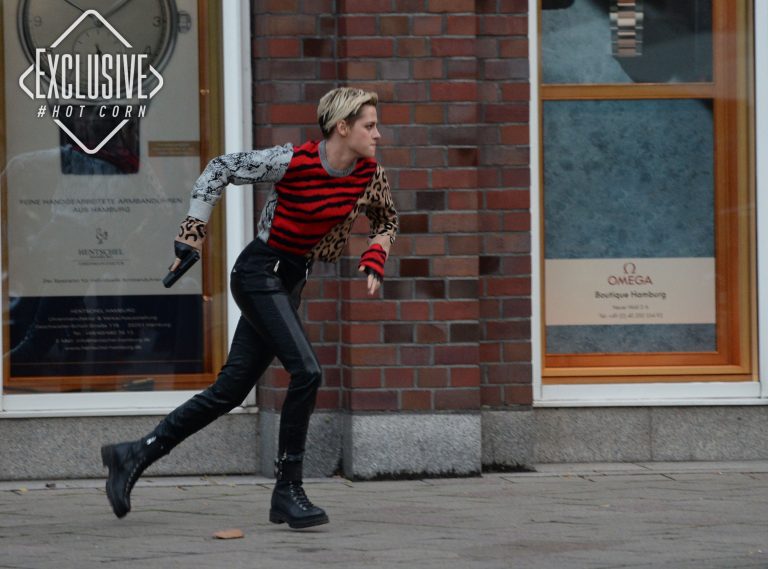