“I love working with Francis. Mainly because I trust him and he has amazing taste.” Red Sparrow, based on the Jason Matthews novel, sees Jennifer Lawrence reunite once again with director Francis Lawrence – with whom she worked with on the final three Hunger Games films – alongside a cast including Joel Edgerton, Matthias Schoenaerts, Charlotte Rampling and Jeremy Irons. In the movie Jennifer Lawrence brings to life a fearless heroine in the role of prima ballerina Dominika Egorova turned Russian spy and forced into the world of deception in order to survive. “I just don’t want to spoil anything because you need to see it.”

THE BOOK “Francis (Lawrence, author’s note) had introduced me to Red Sparrow on the press tour for the last Hunger Games movie. It was a book that he had been reading and he thought it would be an interesting movie. I think the first thing that we were discussing for Dominika is that this was going to be a person and a personality that’s completely different from anything I really knew. She’s really been put into a position of survival from a very young age.”

THE BODY “Dominika’s body has been used by the Government from the time that she was young. What with Ballet, being an athlete, being paid by the Government and then ultimately forced into the Sparrow program. I mean, when I first read the script and we talked about it, the Sparrow School scenes were terrifying.”

DOMINIKA “Dominika’s trained to use her body but, ultimately, prevails by using her mind. To me she seems like a complex modern heroine, she uses her own rules. Red Sparrow was going to be my first time really going, the full Monty if you will, but then after doing it there’s something that felt so freeing about it. Because I would never put my character into a situation that I myself am not comfortable being in. But as you can see in the movie it’s this moment where she gains power, where she turns the tables on the people that are trying to control her and I felt that power. I found that exciting.”

JOEL EDGERTON “I love Joel. He’s so talented. His accent was flawless, which was very intimidating for me as I tried to master a Russian accent. And he’s just fun, a really hard worker and he played the character perfectly. I can’t imagine it being anyone else. He brought so much more to the movie and so much to that role.”

THE DANCER “For the ballet scenes I did a lot of intense training. And even though I’m never going to get to the point where I’m going to be able to dance for the Bolshoi, it taught me posture and discipline and changed my body. I was certainly very hungry for those first couple of months. And then of course, as you can see in Red Sparrow, I had a snapping point after ballet and you can see me continue to grow throughout the film.”

JEREMY IRONS “I was so intimidated before shooting. I mean, it’s Jeremy Irons. He’s actually the nicest person, and so much fun to work with but doing scenes with him is so powerful. Even when I watch them back now I can feel how I felt when I was doing them with him. He just completely transforms.” 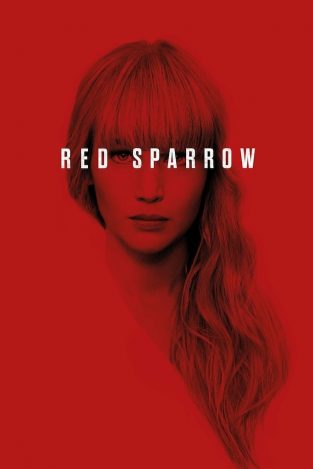