Perched upon scooters, hurtling through the cobbled streets of urban Naples, a pack of teenagers are on a rampage for change equipped with firearms and devastating intent. Fuelled by seesawing hormones, the unbridled fearlessness of youth and materialistic aspirations, they bulldoze their way through an organised crime hotspot in order to climb up the criminal food chain.

Piranhas is Claudio Giovannesi’s fourth feature film and based on ‘Gomorrah’ author Roberto Saviano’s book ‘La Paranza dei Bambini’. It is an assured work, but it is also a depressing temperature check against the socially and economically deprived areas of inner-city Southern Italy. Playing in Competition at the Berlin Film Festival, the movie ended up walking away with the Silver Bear for Best Screenplay.

We were fortunate to sit down with the talented Giovannesi to talk about the film prior to the accolade being bestowed. Amongst other things, we were eager to hear his reaction on how Piranhas could be seen by detractors as glamorising the appeal of violent organised crime to teenagers. His answer was thoughtful. Composed. For an insightful take on the politics of the region and Italian society as a whole, read on.

You have already worked with Roberto Saviano on the TV series of Gomorrah. Can you compare the experience of working with him on that and this?

Giovannesi: Our starting point was to do something completely different from Gomorrah the TV series, because that is of the crime noir genre with a typical fight for power. It’s a violent criminal world and the feelings of the characters are very simplified and in the background.

On the contrary, we didn’t even want to do a film on organised crime. We wanted to do a coming-of-age film: about innocent teenagers and how their unawareness regarding their choices will affect their life. 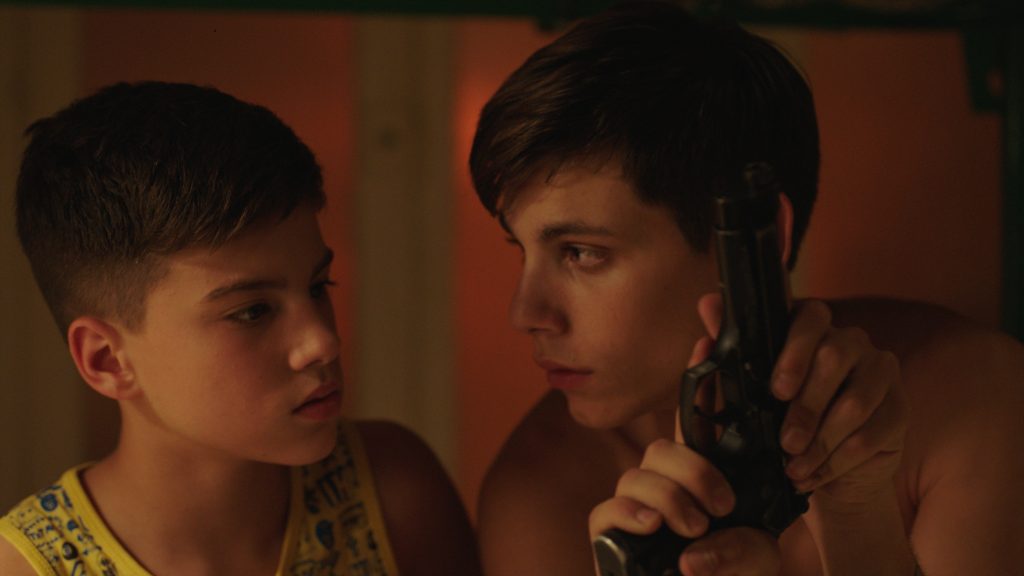 Do you have to worry about the ethics of making a film such as this? Is there fear that some might say you are glamorising the lifestyle?

I have never, ever wanted to glamorise these situations. Not at all. What I wanted to do was make a film that shows what changes can occur in the lives of these teenagers: how their feelings and their experiences change once they have chosen the criminal path. How there can be a certain succession of events where, in the end, there is no coming back.

That was the outcome that I wanted to attain. It was so that once kids see my film they understand what the consequences are. Not because my goal was to be pedagogical and teach something to children and teenagers. No, not at all. That’s a task that schools and families should carry out.

There is a tragic element to this film. Do you believe that if someone chooses a criminal life it is impossible to get out of it?

There is no way out once you have taken that pathway. This is the tragedy of their story (in the film). They have to do without their age. They lose all of the elements of being a teenager. Nonetheless, they choose this pathway with the innocence of their age. Everything is done in a very unaware manner. There is no good or bad. It’s just a point of no return. They can’t come back from that decision once it is made. 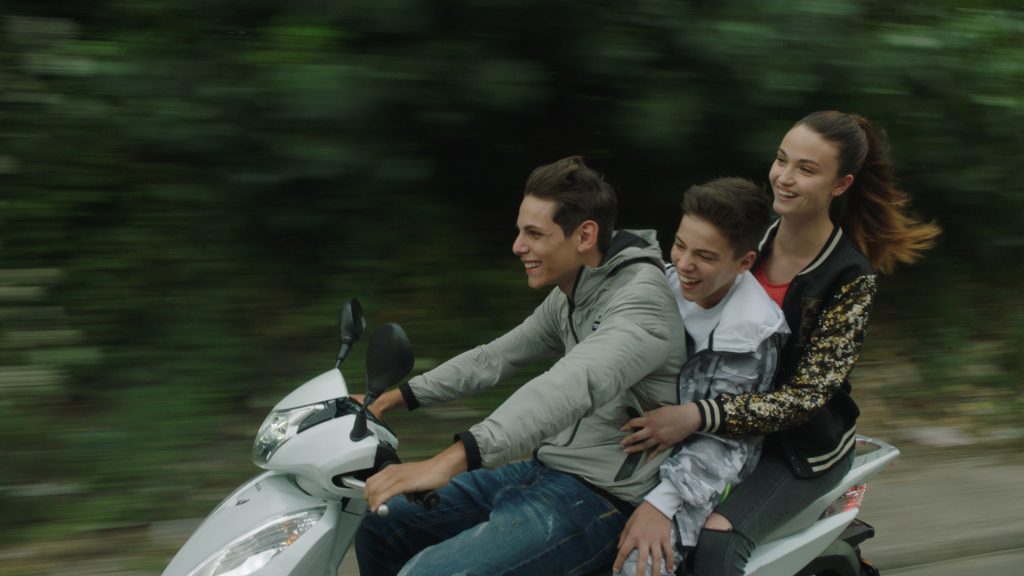 And do you think that it is perpetuated, passed down from generation-to-generation?

Yes, it is an ongoing thing perpetuated generation after generation, and this situation occurs exactly in those areas of the world where there is no State. Where institutions are not present. Places where there are no job opportunities and no prospects of employment. Places where you have to scratch your head and wonder, ‘how am I going to make it? How am I going to make a living?’

When I was 15, all I was asked was which high school I wanted to attend, whereas these kids of 15 have to decide whether to go and deal drugs or to work in a very badly paid job.

Do you believe that society’s focus on consumerism is what leads these kids to making this choice?

In a way, yes. It is the fetishisation of objects: of commodities, designer clothes, expensive watches – these are fetishes. Look at the society in the US. It’s not that they want the weapons to fire the weapons. They want to have the object. Their fascination is usually the weapon itself.

It’s like money too. The fetishism of touching money. My film is not really an accusation, it’s just an acknowledgement of what the situation is really like. 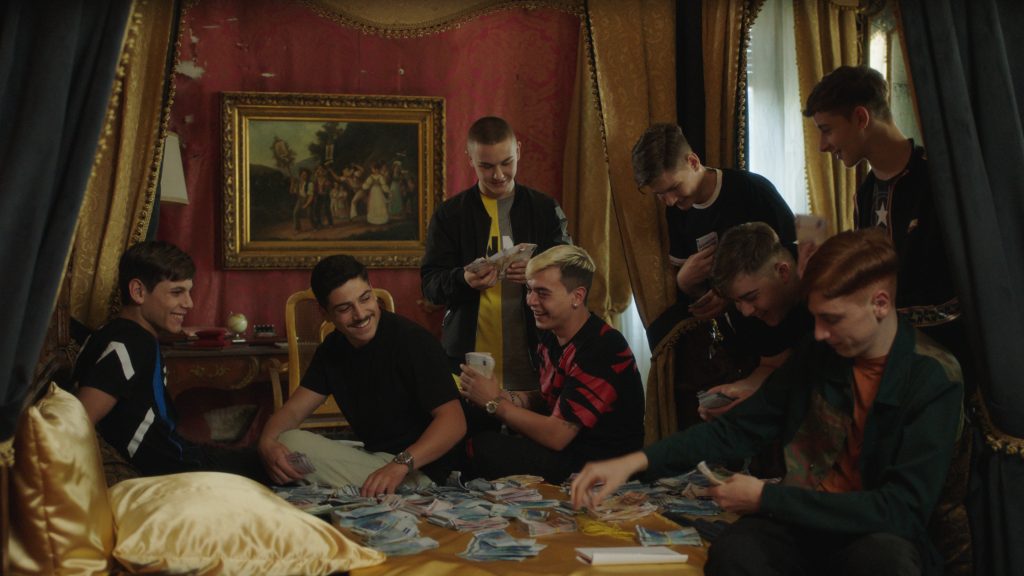 Do you have any ideas or suggestion as to how to tackle this criminal culture?

It is a choice and you can see that in the film. It is also given by the unawareness of what is entailed by entering the world of crime. Sometimes, it is also out of the need to work, to have a job and earn enough money to live by. In fact, my protagonist says, ‘I have to work. I need to make my money’. My character is also idealistic. He lives this paradox by trying to do justice in the neighbourhood of crime. And that can only be possible because he is a young teenager.

But if this cycle, whereby you went to school, you secured a profession and then were able find a job for which you have studied worked and everything was well-oiled, it would be perfect and crime would not be seen as an alternative. It is tragic that crime is the only alternative available when there is no job that these kids can do. They have to earn their living by dealing drugs and working in the underworld.

Do you feel that this tragic alternative path is still highly prevalent in contemporary Italy then?

The problem is there. It is a very big and felt problem, even if the present government says that organised is not the problem.

They tend to say that it is the immigrants that cause the problems and bring crime, but it is exactly the opposite: crime organisations thrive when there is a lack of presence of institutions within the territories.

Piranhas had its World Premiere at the Berlin Film Festival where it played in Competition. It was released in Italy on 13th February 2019 and will be released in the UK at a later date.