Decades before the phrase was put through the commercial wringer, hipster culture was brought to the fore via the films of singular US filmmaker Jim Jarmusch. A guiding light in the burgeoning US indie scene of the 1980s, Jarmusch’s work has remained resolutely idiosyncratic throughout his long and varied career. Coming hot on the heels of his 1984 breakthrough feature Stranger Than Paradise, 1985’s Down by Law really helped solidify the director’s unique cinematic sensibility. The exquisite black and white cinematography – via the late Robby Müller, who would go on to shoot five of the director’s features – gives the film a timeless quality, evoking in the first act a beautiful, noir-like atmosphere which the director further embellishes via the stylised dialogue and heightened delivery of it by his peripheral characters.

In many ways, Down by Law feels like the quintessential Jarmusch. It’s a perfect distillation of his endearing eccentricity – harvested via the director’s life-long passion for world cinema – which is very much evident in the standouts from his back catalogue. Included amongst those is his wonderful portmanteau effort, Night on Earth (1991). Taking place during the same night, the film follows the interaction between taxi driver and passenger in five cities from around the world – Los Angeles, New York, Paris, Rome and Helsinki. Tonally the film veers from broad farce (Roberto Benigni’s using the ride to confess his transgressive behaviour) to melancholy (a deeply sobering journey around Finland’s capital) all the while adhering to the director’s signature droll, laidback perspective.

Amongst his offerings, Jarmusch has occasionally toyed with genre. Dead Man (1995) is a slow and pensive self-styled “psychedelic Western” which features a career best turn from Johnny Depp, the type of luscious monochrome cinematography which was Müller’s forte, and a ragged, unforgettable guitar score from Neil Young. The existential crime pastiche Ghost Dog (1999) is a gangster film given the Jarmusch makeover with Forest Whitaker as the mysterious monosyllabic mafia-fronted hitman who follows the code of the samurai. His stab at horror with 2013’s Only Lovers Left Alive is considered by some fans to be amongst his weakest efforts, yet it’s still a detached cool and (un)deadpan treat.

The director’s last narrative film (Jarmusch has also made musical documentaries for the aforementioned Young and The Stooges) was 2016’s Paterson. The tale of a bus driver (Adam Driver) who surreptitiously logs the seemingly mundane aspects of his daily life and turns them into contemplative poetry, was considered a return to form and might be the director’s greatest work. It’s a quietly spellbinding piece with a zen-like mood and tranquillity absent from any contemporary motion pictures, arthouse or otherwise.

Paterson is also proof that even in his mid-sixties, Jarmusch remains every bit as popular and relevant a filmmaker in the several decades since making his 1980 debut, Permanent Vacation. It’s rare to find an auteur who hasn’t had to compromise their vision, particularly as both audiences’ tastes and the industry business model have changed significantly over the years. That alone should spur those unacquainted with Jarmusch’s work to discover this truly independent voice of alternative cinema.

They Don’t Make ‘Em Like That No More: Robert Mitchum 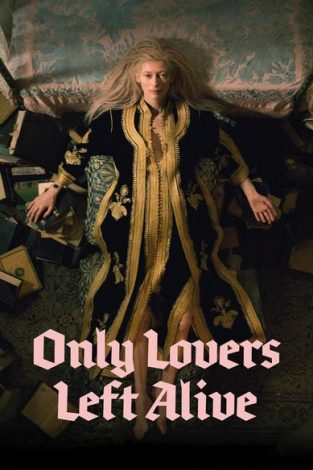