Joaquin Phoenix finally entering the comic book genre – It’s no secret that Phoenix turned down the role of cosmic sorcerer Doctor Strange, leaving the door open for Benedict (strained American accent) Cumberbatch. Although giving a very Phoenix-esque garbled explanation as to why he didn’t want to join to MCU, having to sign up for multiple films may have ultimately played a part in his decision. Marvel’s loss is definitely DC’s gain, however. If there was ever an actor who could take on an iconic role which has already seen a number of hugely memorable embodiments, Phoenix is it. Even in those glimpses in the first trailers, it feels like a unique take on Batman’s arch nemesis. 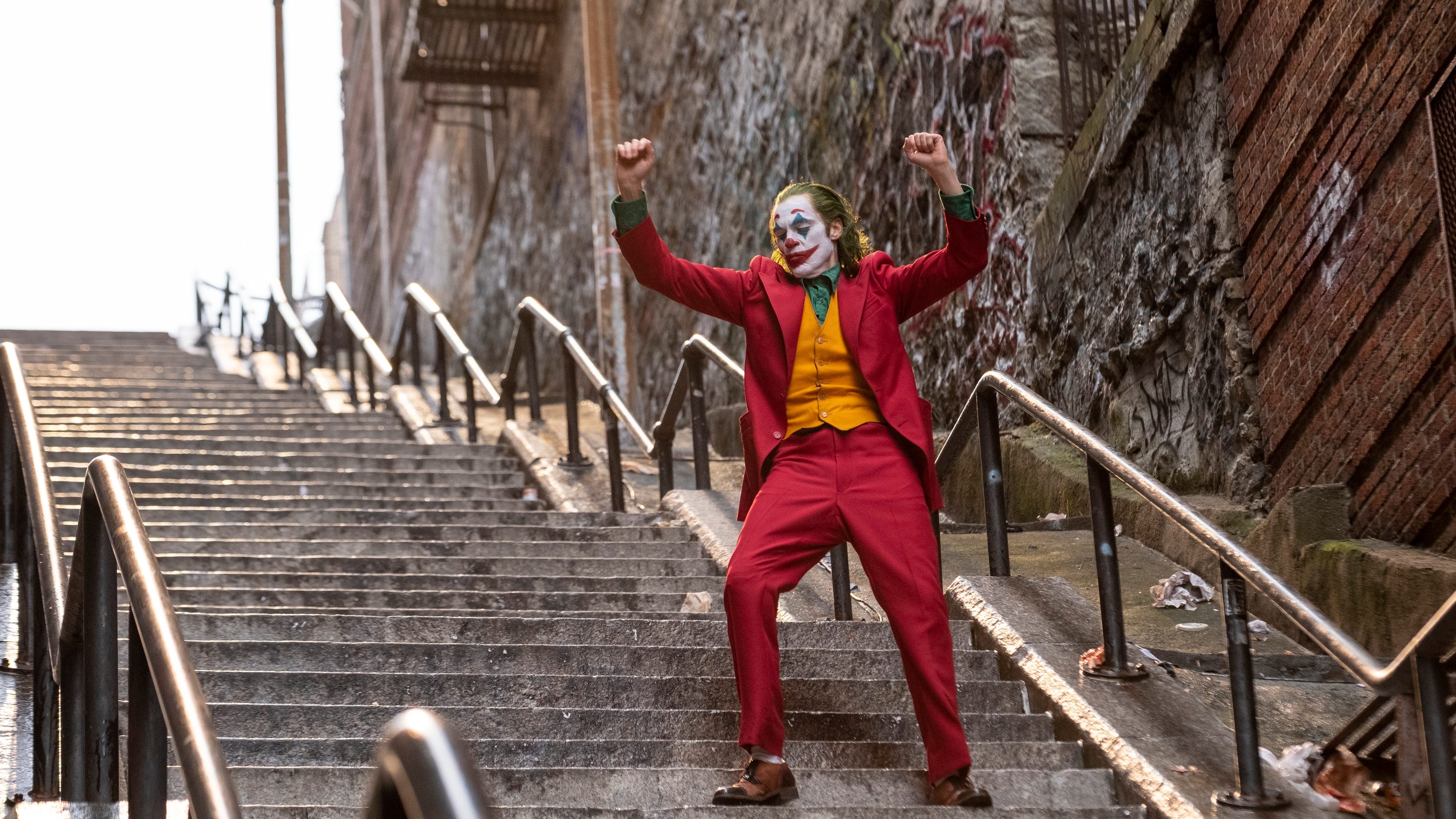 The film pays homage to The King of Comedy – There’s more than a few obvious nods to Martin Scorsese’s revered tragicomedy in Joker. The film takes place in 1981, the year Scorsese made his masterpiece and Phoenix playing the pre-deranged Joker as a struggling comedian with aspirations of stardom  mirrors the central protagonist in The King of Comedy. And the most obvious connection of all has to be in the casting of Rupert Pumpkin himself: Robert De Niro. It’s said the actor has a small but pivotal role as a talk-show host in Joker, essentially stepping into Jerry Lewis’ character’s shoes from Scorsese’s film.

DC Films taking a sizable risk with one of their most beloved characters – After witnessing their attempts at piggy-backing on the MCU model backfire, DC Films have retreated and taken a different tact, the results of which already show promise: Shazam! Anyone familiar with the Joker’s comic book backstory will be aware of how different an interpretation director Todd Philips and his co-writer Scott Silver (8 Mile) have devised for this film. And it could be this ingenious piece of retconning which might inspire DC Films to experiment further, distancing themselves from the cookie cutter world of Marvel.

Todd Phillips spreading his directorial wings – With the exception of his two early, edgy documentaries which helped establish his career (Hated: GG Allin and the Murder Junkie and Frat House, respectively) Phillips’ Hollywood work thus far has been made up of broad, R-rated comedies. He’s hardly the first name you’d think of in regards to bringing a comic book property to the screen, but this is precisely why he remains an interesting choice. It helps that there’s the occasional darkness and spitefulness simmering under some of the more outlandish humour in his films – Zach Galifianakis’ character in Due Date is certainly indicative of this – but Joker has obviously represented an opportunity for Phillips to really push himself in ways he hasn’t done so before.

The film has been chosen for competition at Venice Film Festival – In a rare move for a comic book title, Joker will be the vying for the top prize amongst such illustrious titles as James Gray’s Ad Astra, Pablo Larraín’s Ema and Noah Baumbach’s Marriage Story at the 76th Venice film festival early next month. While this might not be an immediate indicator that Joker is an unparalleled success, it does suggest that Phillips has fashioned something a little out of the ordinary – particularly for the genre – and even if the film itself fails to live up expectations, you can guarantee that they’ll be some memorable elements, not least Phoenix’s performance.