THE FIRST MOVIE YOU FELL IN LOVE WITH? Leon. I was 12 when I first watched the movie, the same age as Natalie Portman’s character Mathilda. At that age I wasn’t allowed to watch anything with too much violence/crime involved. My parents had rented it and one day when they left, me and my friend snuck into the living room and watched it. It really made an impact on me. I’m still in love with that movie and Natalie’s performance’.

THE ONE YOU NEVER GET TIRED OF WATCHING – The Royal Tenenbaums. I’m a huge fan of anything by Wes Anderson. Something about this one, I could watch it a thousand times and I’m probably getting close to that! I think every single character is so well written and so well acted and the humor comes so naturally. You could take a screen shot of almost any frame in the movie and it will make you laugh. Pagoda is one of my favorite characters, even though he barely speaks. I googled him and found out he wasn’t a professional actor but the owner of an Indian restaurant where Wes used to go. More proof that Wes Anderson is a genius!

YOUR FAVORITE SOUNDTRACK? ”Drive. In addition to the score, I fell in love with all the great songs in this movie – in particular Nightcall by French electronic artist Kevinsky. The lyrics feel like a perfect match to represent the film’s contrast between love and brutality. And the whole score really enhances the “tension and release” that the story puts you through”.

WHAT’S YOUR GUILTY PLEASURE? Top Gun. Even though it’s a little bit of a corny 80s action movie, I still get sucked into the drama of it and the romance between Maverik and Charlie. And I always get chocked up when Goose dies!

THE SCENE THAT MAKES YOU CRY EVERY SINGLE TIME? ”Romeo + Juliet by Baz Luhrmann. The scene where she walks down the aisle for their secret marriage; they’ve escaped from the world and only their love matters. It always gets me. And of course the tragic ending! I’m somehow still always on the edge of my seat hoping they’ll find a way, clenching my tissue. Obviously beautiful writing, and in the hands of one of my favorite directors”.

WHAT’S YOUR FAVOURITE DOCUMENTARY? ‘‘Man on Wire. In 1974 Philippe Petit walked a high-wire between the World Trade Center buildings without permission. I couldn’t believe my eyes and found myself sweating while I watched the whole thing unfold: from preparation to execution to arrest. This documentary in particular made me reflect on the power of the human will”. 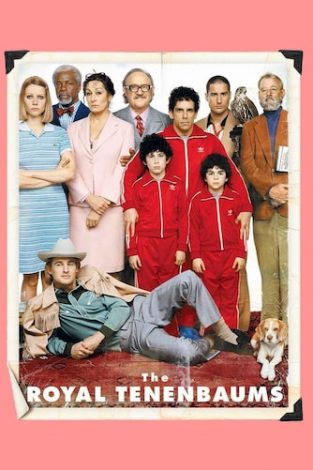