Russian actor and director Sergei Bondarchuk first made his name in the mid-sixties with his adaptation of War and Peace. It was an epic released in four installments which proved massively popular in the USSR while at the same time winning international acclaim included the Foreign Film Academy Award. With Bondarchuk himself playing Pierre, the version of Tolstoy’s novel effortlessly moves between the intimate philosophizing and romances of its main characters and the grandiose and riveting battle scenes for which it is justly celebrated. Dino De Laurentiis was one of its fans and chose Bondarchuk to film his epic Waterloo, which had originally had John Huston at the helm. 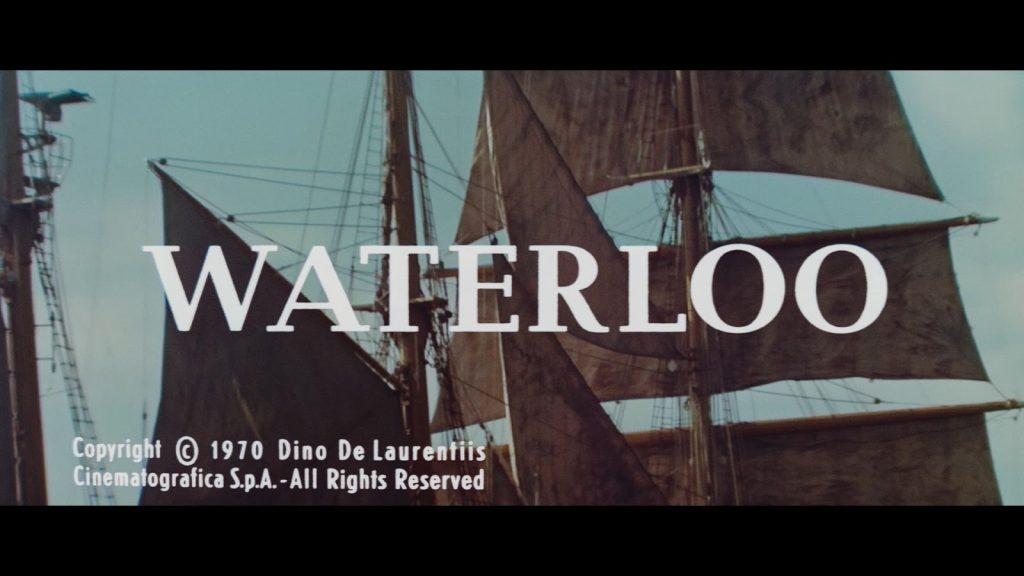 The film begins with Rod Steiger as Napoleon facing his first defeat and imprisonment in 1812. He faces his marshalls, seeing their efforts to get him to surrender as betrayal. Steiger plays him as a bully, occasional prone to pettishness and self-drama, but also a man of indomitable will. He has soon escaped his exile and returned to France where in one of the first of what will be many impressive set pieces, he faces down the army that has come to arrest him. Napoleon will soon face his nemesis the Duke of Wellington at Waterloo. Christopher Plummer plays Wellington as an austere and frankly dislikeable man, who however is unflappable in his conviction. We first see him at a ball and the magnificence of the candlelit scene is as impressive as the battle that is to come. 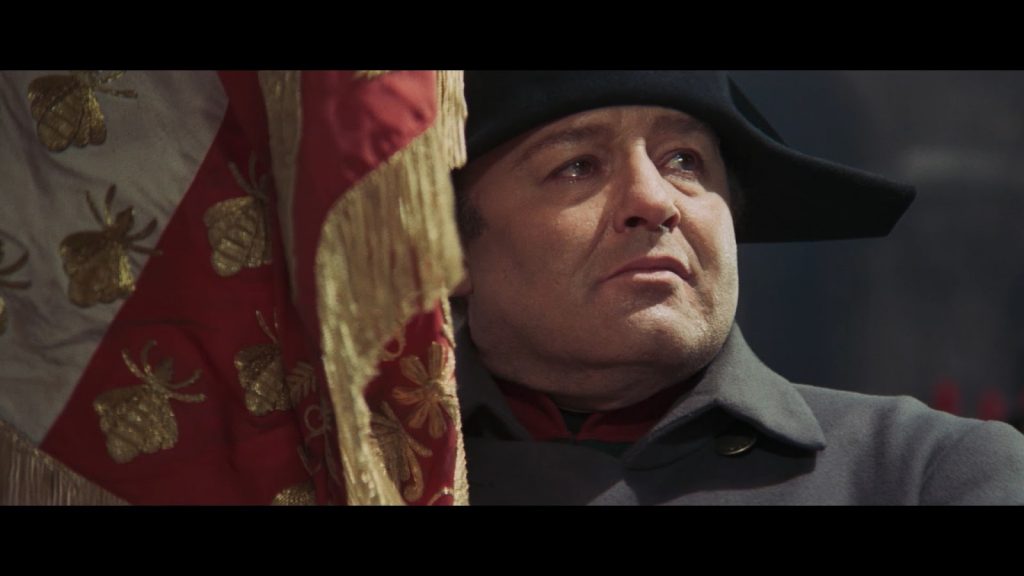 Officers vie for their own position in the battle to come, while the army marches towards the enemy not knowing much about what issues – if any – are at stake. The build up to the battle takes its time as armies position and generals breakfast. There is a sense that Napoleon himself, is not the man he once was. He is obviously troubled by ill health and he is uncertain of the men he commands. Wellington on the other hand feels confident of the field even as he decries the army itself as a bunch of scoundrels and thieves. Bondarchuk the Russian has little or no desire to build up these French and British heroes. Both are flawed men whose actions and commands will lead to the deaths of thousands. 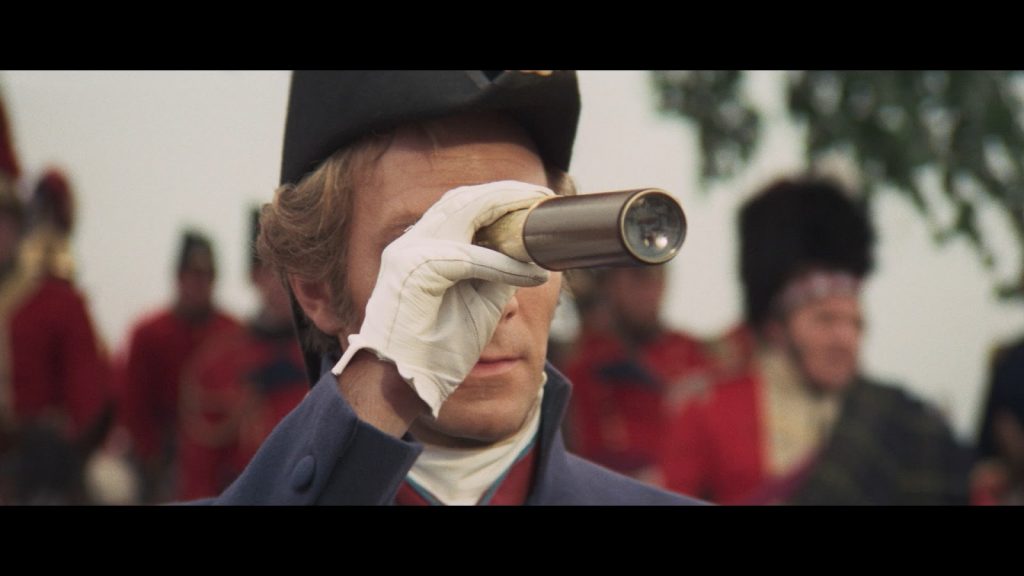 The battle during Waterloo moves through its stages and through the day with increasing ferocity. Despite a passing knowledge of history being a SPOILER, the film manages to recreate a tension as all hangs in the balance and the power shifts one way and then the next. The tension and drama is also evident in the consequences of the violence. People die, lose limbs, are burned, suffer and bleed. This is no glorification of war. And yet at the same time the massive grandeur, often seen from a god-like point of view is stunningly realized. Sometimes Bondarchuk recreates famous paintings, such as the charge of the Royal Scots Greys which was committed to canvas in 1881 by Lady Butler, with the title ‘Scotland the Brave’. 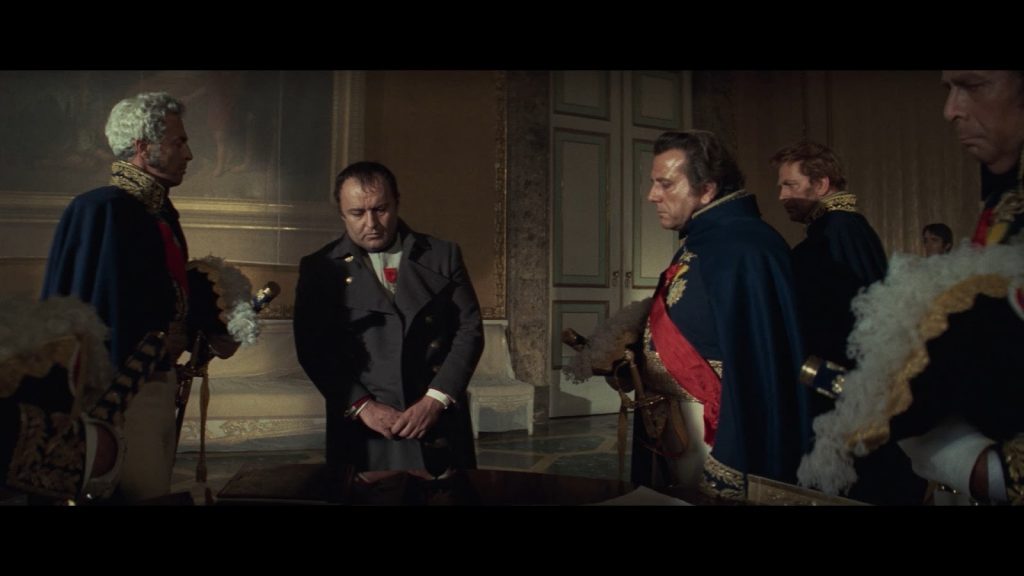 With a large budget and the use of eighteen thousand Soviet soldiers, Bondarchuk has created some of the most electrifying battle scenes ever filmed. His ability to portray vast numbers and then in a moment focus on some individual tragedy, a mere detail of the huge canvas, blown up as a human tragedy, means that the film never loses sight of the human cost of the battle. The shock and awe of spectacle gives way to men struggling to survive the onslaught. Ultimately, the film failed to recoup its budget. And that failure had the knock on effect of convincing Stanley Kubrick to cancel his own planned Napoleonic epic, which was to have starred Jack Nicholson in the role of the little Corsican. 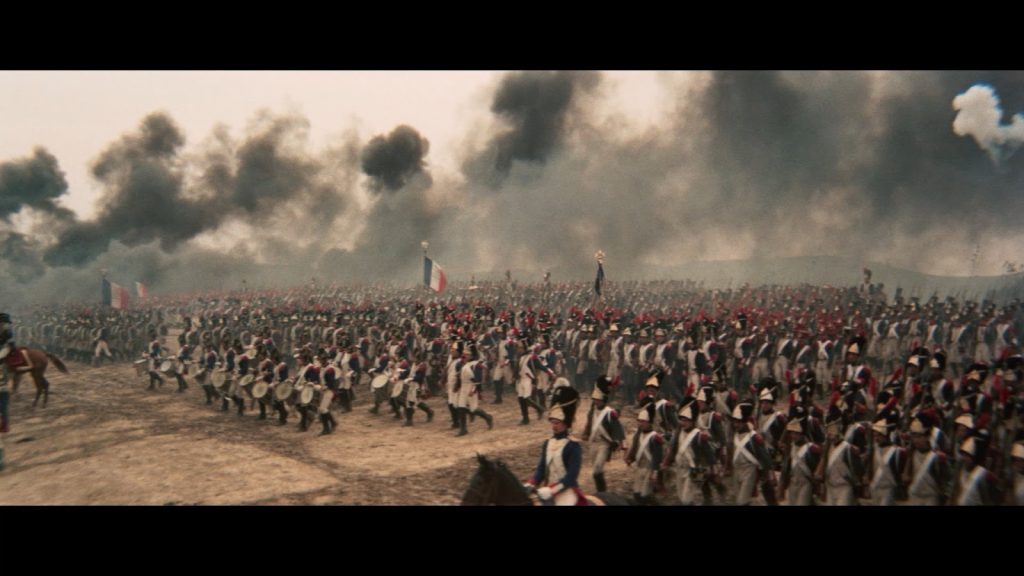 This commercial disaster was perhaps also due to Bondarchuk’s refusal to allow any romanticism in his film. There is precious little in the way of love interest and his cold appraisal of battle as a place with little in the way of heroics was not exactly crowd pleasing. His decision also to have his two main characters played as emotionless, inhumane men, also didn’t invite much in the way of sympathy. But the commercial failure is in this case an artistic triumph. Waterloo is without doubt one of the most brilliant depictions of warfare ever filmed.