You can tell we’re edging ever closer to the Academy Awards, as the strength in theatrical releases this week is incredibly strong. Our advice is to just sit in a cinema all day, there’s plenty to see and plus, it’s pretty cold outside, right? But when picking our favourite of the week we couldn’t not go for Robert Eggers’s The Lighthouse, a more than worthy follow up to The Witch. Tonally not too dissimilar, except this one contains a lot more farting.

The story is simple; two lighthouse keepers, playing with a striking conviction by Robert Pattinson and Willem Dafoe, are fighting to maintain their sanity while living in a secluded, remote environment, with only each other for company. Set in the 19th century, these two men resent one another, they’re manic, erratic and teetering on the edge of sheer insanity: and we’re merely watching it all unfold, as they remain imprisoned, both psychologically and quite literally, too. What transpires are two actors at the top of their game, and this character allows Pattinson to truly display his more unhinged sensibilities, as you get a real feel for their slow mental decline (though the accents are a little off-putting, in a way). They’re helped along by a very sharply edited piece, while there’s a unique slightly comedic edge to this title, working well alongside the darker, deeply atmospheric elements, to make a truly unmissable piece of cinema.

Our next recommendation couldn’t be more different, tonally, as Marielle Heller returns with A Beautiful Day in the Neighborhood – which delves into the life of the venerable American TV host Fred Rogers. Right when Tom Hanks was cast in the aforementioned role it just seemed so perfect: as though the nicest man in Hollywood had been employed to portray the nicest man in television. But while they share many similarities, there’s a stillness to Hank’s performance, this a subtle, nuanced display that is by no means a walk in the park for the revered actor. He’s helped along by excellent performances from the likes of Chris Cooper and Matthew Rhys, the latter an essential part in this film working. For he’s a journalist writing a piece on Mr. Rogers, and he, much like the viewer, is cynical. Why are we cynical? Because Fred Rogers was so nice, and naturally when we encounter people like this we strive to find their flaws, not believing anybody can be so pure. But he was, and as the character of Lloyd softens, as do we, as a film that truly does survive off the outlook of this man, and the unique way he perceived the world, through such a forgiving lens. Heller does a fine job capturing his demeanour and also in displaying father-son relationships, with a gentle, and delicate look into male vulnerability.

From one kind gentleman to another, our next film we wholly suggest you see is Richard Jewell, directed by Clint Eastwood. It’s the veteran filmmaker’s best film for years, and focuses in on a security guard (played by Paul Walter Hauser) who discovers a bomb, only to clear the area and save countless lives in the process. Based on real events, he becomes a national hero, there’s a book deal on the way and he’s the face of American bravery and spirit. But then, given the fact he’s something a peculiar fellow, the FBI make him their prime suspect – believing he planted the bomb just so he could then become the saviour. The media get wind of this turn of events and he’s villified, and his personal space – where he lives with his mother (Kathy Bates) and where he hosts his friend and now lawyer (Sam Rockwell) find themselves at the heart of scrutiny. There’s a sense of justice that this film be made and Richard Jewell’s tale told, for he was wrongly accused, and here Eastwood is exploring the notion of media culpability, particularly prevalent in a world of sensationalist, “fake news”. It’s also a fascinating look into our idiosyncrasies and quirks that define us, as the FBI and the press dig into Jewell’s personal life and history they find so many issues, but this celebrates the idea that any of us would seem strange, we all have our flaws, and that’s not a problem. The performances here are strong, and Bates in particular we just love. Like we always do.

Next we have Queen and Slim, a romantic road movie starring Jodie Turner-Smith and Daniel Kaluuya, directed by Melina Matsoukas. The aforementioned pair are on a date, and on their way home a cop pulls them over, only to interrogate them aggressively, and pull out a gun on the unsuspecting, innocent duo. During an altercation, Slim (Kaluuya) shoots and kills the cop. Suddenly these two young professionals, Queen being a lawyer, have had their world turned upside down. They have two options now, to turn themselves in and face the death penalty. Or to flee. They opt for the latter, and a manhunt across the nation ensues. The script is wonderful, written by Ready Player One’s Lena Waithe, with some great moments with such flowing, intellectual dialogue. But there needs to be more trust in the drama that their situation involves. There’s a tension that derives from the fact they are hiding in plain sight, and yet the narrative gets a bit too overstated at times. It’s a shame for the film is steeped in a raw socio-political context, and enriched accordingly – and yet it just gets quite absurd in parts, and deviates a little too far away from the realism that makes this film work. But it feels iconic, the outfits, the hair, their names. A real modern day romantic flick, in the same vein as Bonnie and Clyde, you feel like these are two names that will live long in the future of cinema. The two performances are excellent too (not to mention the incredible soundtrack) – and that helps.

Finally, and really the only film out this week we would advise to just steer clear from, is Rhythm Section. That’s not to say it’s a bad movie as such, just forgettable, and in a way where the artistry is so memorable, this is just one that should be saved for your next long-haul journey. Blake Lively plays Stephanie Patrick, a victim of a horrendous tragedy, as her entire immediate family were killed in an air crash. She turns to drugs and starts to sell her body, but a journalist approaches her to say he doesn’t believe the crash was accident, but a terrorist attack – and he knows who orchestrated it. She becomes obsessed with seeking revenge, and this is where the film becomes problematic. Not just because the film seems to enforce the idea of an eye for an eye, to fight fire with fire – but because she goes from a lowkey, hapless citizen, to a real killer, and that journey feels so incredibly rushed it’s hard to truly invest in. Lively is good, and there’s one really brilliant car chase sequence in Morocco, but ultimately it’s a film that just loses you on so many occasions, and struggles to win you back. 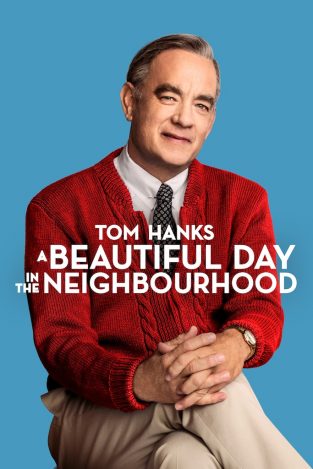