When we saw Waves, back at the London Film Festival last Autumn, it felt like a bonafide Oscar contender. Well, good thing we’re not in the betting industry, for the film has been left without a single nomination – though believe us when we say this, it’s more than good enough to be, and one you seriously don’t want to miss out on. Directed by Trey Edward Shults (It Comes at Night), the director teams up with actor Kelvin Harrison Jr. yet again, who plays a teenager trying to determine his place in the world. Pushed to the limit by his father (Sterling K. Brown), he lives in a relatively happy household, alongside his mother (Renée Elise Goldsberry) and younger sister (Taylor Russell) – though his tempestuous relationship with his girlfriend leads him down a dark path.

It’s hard to give much more away, for a film that is enriched by the element of surprise, as one that shifts gears dramatically, truly living up to the tag of being a film of two halves. It’s beautifully shot, and creative too, but here’s a movie that survives on the remarkable ensemble cast, with a quartet of quite astonishing central performances from the aforementioned family, not to mention supporting roles for the brilliant Lucas Hedges and Alexa Demie. The film is so visceral too, and strikingly immersive, and without wanting to give much away, it’s a film that truly ignites a physical reaction from the viewer, as even the more quiet of cinema-goers will find themselves gasping at certain scenes (and hiding their face during the protagonist’s wrestling scenes, given his dodgy shoulder). It’s a real modern masterpiece and one we couldn’t recommend more highly.

Next up is another film that excels thanks to its leading performances, as Michael B. Jordan plays Bryan Stevenson, a civil rights attorney who strives tirelessly to free men who have been wrongly sentenced to death row. His primary client is Walter McMillian (Jamie Foxx), and the scenes between the duo are a real powerhouse of acting, even if the film is somewhat flawed. But given the strength of the actors, not to mention a supporting role for Brie Larson – as well as the compelling, pertinent narrative, it’s a film worth your time, and while it may abide by the tropes of the genre at hand, sometimes there’s a comfortability in predictability – and this is case in point.

Now we move on to the new film by Terrence Malick, which can be reviewed in quite a simple way. Are you a Terrence Malick fan? If the answer to that is yes, you’re very likely to enjoy this movie. If the answer is no, however, perhaps stay well away, for this is Terrence Malick at his most Terrence Malick, exhibiting all of the storytelling sensibilities unique to his creative mind. Though where some of his more recent films have been somewhat existential, pondering grand questions like, who are we? Why do we even bother? This film follows a more linear structure, with a more palpable structure – focusing in on a conscientious objector who refuses to fight for the Nazis in the Second World War, and the film is all the better for it.

Another release – and this one is an Oscar nominee – is Bombshell, which has been recognised in three categories; Best Actress (Charlize Theron), Supporting Actress (Margot Robbie) and Make-up and Hairstyling. It’s an incredible relevant tale, set in the Fox News building, whereby female reporters are taking on their big bad boss, Roger Ailes (John Lithgow in a weird fatsuit), following allegations of sexual misconduct. It’s an important tale, and very much taps into the Zeitgeist following the #MeToo and #TimesUp movements, and there can be no denying the strength of this female ensemble, which also features Nicole Kidman. But tonally the film is somewhat messy, and while it’s a scalding and barbed take on real life incidents, and delivered in a hugely sympathetic way to the poor victims, it struggles as a film to know exactly what it’s trying to be, with shades of The Big Short in its meta, almost comedically inclined undercurrent, and yet the themes are perhaps deserving on a more sombre production. But that aside it’s an important film, and one we’re very pleased is out there, and being acknowledged so widely. Also, Theron really is amazing isn’t she? Not many better than her at the moment, and this film only enhances that sentiment.

And finally, we end on Bad Boys For Life. Now usually the film that closes this weekly feature is considerably weaker than the others, but maybe it’s a strong week for cinema, for we really rather liked this reboot; an affectionate, nostalgia-infused actioner that brings back Will Smith and Martin Lawrence. When dealing with delayed sequels, the cynic within us can see it as something of an easy money-maker, but here there’s a genuinely captivating narrative which ensures this film has a purpose, and isn’t reliant solely on old references (though believe us, there’s plenty of those too). But the one thing that hasn’t changed is the chemistry between the two leads, and they’re evidently having a lot of fun with this production, and we look into how age has taken its toll on them both, not quite able to undertake the same work they once could. It’s just enjoyable, there’s many words you can use to describe films, but that’s ultimately what comes down to, and it’s unashamed in its commitment to entertainment. Can’t complain with that. 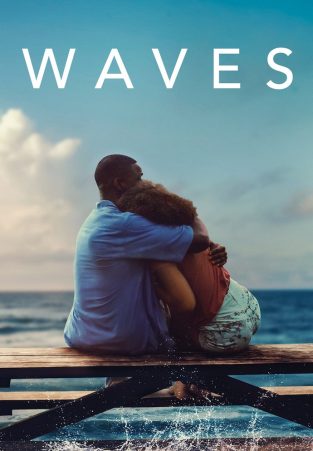