It’s quite strange even writing this, but coming to the cinemas this weekend is a sequel to The Shining. What’s even more surprising, is that it’s really damn good. Well we say surprising, that’s purely just because it’s impossible not to compare this new feature to the Stanley Kubrick masterpiece, which you could think makes Doctor Sleep destined to fail. But when you think about the fact that it’s based on an actual Stephen King novel, and combine that with the fact it’s helmed by one of the most accomplished voices in horror today, Mike Flanagan, actually the film’s quality feels somewhat expected.

King was famously underwhelmed (that’s putting it lightly) withKubrick’s vision, which placed Flanagan in a weird place, for he wants to honour the original text, and appease the author, of course – but he has an obligation to continue on the same familiar language that Kubrick had started, aesthetically dependant on nostalgic moments. And Flanagan delivers remarkably well, making a film that remains true of Kubrick’s vision, and yet respectful of King’s words. And for us, well just stepping foot back into the Overlook is overwhelming in parts, it feels like walking into a chest of cinematic treasures, images that have become so ingrained into our relationship with this craft, it’s exciting to see them back, cycling along the iconic carpet that adorn these spooky hallways. And yet this film is so much more than a mere nostalgia trip, it tells a compelling story, of the young boy from The Shining, DannyTorrance, all grown up and battling his own inner demons, both literally and metaphorically. Ewan McGregor does a fine job in the leading role, as a film that is, at its core, about addiction. But it’s scary too, there are some hugely memorable sequences, while we can’t finish this little review without commending the excellent Rebecca Ferguson, who stands out as the film’s primary antagonist Rose the Hat.

From supernatural horrors to those that are very, very much existing in the real world, our next pick of the week’s releases is Sorry We Missed You, by Ken Loach. Alongside writer Paul Laverty, the duo are shining a harsh and integral light on the hardships so many people in the UK are facing today, issues and problems it’s hard to believe are happening in our own country. But they are, and we don’t know anywhere enough about them, which deems this film hugely essential, telling stories about those so often overlooked, both in the arts and by the government. Though while undoubtedly pertinent, and important, from a filmmaking perspective the film does have its flaws, using relatively inexperienced actors brings a certain authenticity to proceedings, but some of the big dramatic moments are perhaps just a little beyond this cast. But no the lead Kris Hitchen, who shines in the leading role. It can be a little heavy-handed at times, Loach has always offered such a profound and barbed take on English life and culture, but has often done with wit and compassion but this deals only in the latter, and it can seems bizarre to expect any semblance of humour in a film covering these themes, but at the same time you do wonder about the characters in the movie and whether they ever talk about anything else other than their problems, whereas in England we’re known for that keep calm and carry on spirit, finding a lightness amidst the dark – whereas here perhaps Loach just forgot to turn that switch on.

Next up is an excellent little flick called Earthquake Bird, by Wash Westmoreland. Working with Netflix, luckily this film still has a theatrical release because it has such a classic big screen quality to it. It’s a very sensual, psychological thriller, harking back to 80s films, and uses its Tokyo setting to its advantage in this respect, not to mention the benefits that come from bringing that sense of loneliness to the lead character, a tourist in an unfamiliar landscape. That very tourist is played brilliantly by Alicia Vikander in a greatly internalised display, while she’s matched at every turn by her co-star Naoki Kobayashi, who is also responsible for one of the best dancing scenes from any film this year, up there with Ex Machina. Another Vikander film, and yet the poor thing didn’t get the chance to show off her moves in either sequence.

We then move from one female led thriller to a female led comedy, with Jillian Bell starring as the eponymous lead role in Brittany Runs a Marathon. It’s about a women, struggling with her weight, deciding to sign up for a marathon, and in the process feeling happier and healthier as she strides valiantly towards her target. On first impressions we felt like narratively perhaps this feel was lacking a greater dramatic edge, but then as time has progressed it’s grown on us greatly – because the real world doesn’t always have huge dramatic moments, and sometimes our own personal battles, be it with weight loss, with our mental health, with relationships, can mean everything, and this film triumphs in that notion, that while it’s not a film that on paper lends itself to a big cinematic imagining, it touches you, and inspires you and that in itself makes it a worthy piece of cinema. Plus, it’s pretty funny, too.

Another Sundance flick finds its way to UK cinemas this weekend and that’s After the Wedding, which tells the tale of a orphanage manager who heads back to New York from India to meet a potentially benefactor, not quite anticipating what is in store. It’s melodramatic, perhaps with just one too many storylines, but the performances elevate the material. Michelle Williams is, as always, just outstanding, and Julianne Moore shines too, with a performance that grows as the film progresses, with some hugely emotive sequences. It’s worth seeing just for these two power houses of cinema remind us all how bloody great they are.

Lastly we have a horror film called Tales From the Lodge (well, it is Halloween weekend, after all). Collecting a group of actors many of which are known for their comedy, such as Mackenzie Crook, Dustin Demri-Burns, Laura Fraser and Johnny Vegas, the viewer is lulled into a false sense of security as the film begins quite harmlessly, as we expect a character driven, relationship comedy of three couples all spending a weekend together in an isolated house to scatter their old friend’s ashes. The scares come by way of anecdotes they each tell to pass the time, but we always expect something bigger at play, and we’re not disappointed. The one downside is just that the aforementioned anecdotes aren’t very scary at all. So if you were looking for a Halloween date night film, this probably isn’t it. 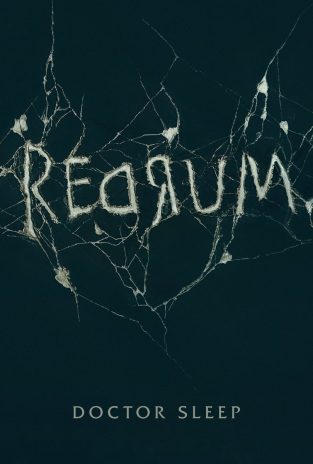