No sooner are we over Brad Pitt fixing a TV aerial on a rooftop in sunny, 1960s Beverley Hills are we treated to another dose of the actor – this time heading up into space, in James Gray’s sumptuous, profound sci-fi Ad Astra. Pitt plays Roy McBride, an astronaut who undertakes a top secret government mission to head deep into space in a bid to save the whole solar system from a potential threat – while vying to uncover the truth behind his father’s (Tommy Lee Jones) mysterious vanishing, who himself had set off on an expedition three decades prior – and never returned. This nuanced and poignant affair studiously lingers over a whole myriad of themes, tackling the notion of masculinity, of fatherhood, and loss. This brings out a pensive display from Pitt, subtle and internalised, it’s as though he’s showing Ryan Gosling who does it best.

And when you’re not getting your head around the existentialist aspects of the narrative, you can always just sit back and marvel at the indelible visual experience on show. The colour palette, and the beautiful way space is shot is just breathtaking. And in case you’re wondering, then yes, Pitt does get his shirt off too. But the real star here is the director, to craft something so epic in scale, effectively a superhero tale – this is about a man trying to save the Universe, it doesn’t get much more greater in scope than that – and to do this while remaining so strikingly intimate and entrenched in humanity is some accomplishment.

It’a not the only film worth catching this weekend either, as Lulu Wang’s festival hit The Farewell finally makes its way to cinemas in the UK. Based on the filmmakers real life experiences, we meet Billi (Awkwafina) who discovers that her grandma Nai Nai (Shuzhen Zhao), of whom she is extremely close to, is terminally ill. The problem is, everybody in the family seems to know except Nai Nai, as they organise a big family event just so everybody can secretly say their goodbyes. The film shows great promise for Wang, as it’s a masterclass in balancing pathos with comedy, and as you can tell from the almost farcical nature of the narrative, there is much scope here for lightness, and yet the notion of death is prevalent, a foreboding conflict with the tone of the film. Awkwafina carries this excellently on her shoulders, in a film that is also about identity and the idea of duality, as she moves between her Chinese family traditions and nuances, with her Americanisms.

So with those two you certainly have a big choice on your hands, each title offering much by way of feelings. Which, sadly, is something lacking from The Kitchen, the terrible new movie from Andrea Berloff, which looks into the wives of New York gangsters in Hell’s Kitchen in the 1970s. With their husbands banged up, Kathy (Melissa McCarthy), Ruby (Tiffany Haddish) and Claire (Elisabeth Moss) are left to fend for themselves on the unforgiving streets, and while expected to keep quiet and just do what’s expected of them, they take matters into their own hands, hoping to run the business in their family’s name. There’s a strong feminist angle to this story, and the casting of the three leads is spot on – but this film falls short in very basic terms: it’s very badly written, and just as badly made.

So generic and conventional in it storytelling, the hackneyed screenplay gives the actresses so little to do, and not a single one of the three comes out of this film well. Given the talent amongst the trio, that really does take some doing.Then there’s one final film out this weekend, which is Rambo: Last Blood. A film we’ve not seen as there have been very limited opportunities for press. You can come to your own conclusions on that front. But one thing we will say is that they sure have missed a trick not calling this film Rambo Number Five – and that’s almost unforgivable in itself. 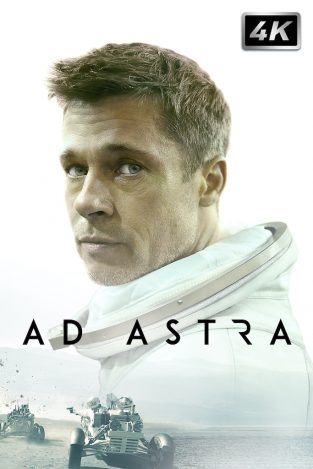