It’s been a busy old week in UK cinemas, and a strong week for independent ventures. So on that note, let’s dive straight into our film of the week, The Last Tree, by one of the most exciting new voices in British cinema, Shola Amoo. It’s a film that studiously lingers on the notion of identity, offering a truly authentic take on London life, and the internal struggles we all face during our impressionable teenage years, focusing on the notion of duality; how we wear different masks, donning different personas dependant on who we’re in the company of. Featuring a strong lead performance from newcomer Sam Adewunmi, his absorbing display is essential in this film working, as Amoo lets his camera linger on his protagonist throughout, and it’s a nuanced and subtle performance worthy of its filmmaker’s impressive vision.

Another film to hit our screens is Hotel Mumbai, by Anthony Maras, which tells the devastating true story of the terrorist attack at the Taj Hotel in 2008. It’s a thrilling piece of cinema, telling a tragic true story. Though starring Dev Patel, Armie Hammer and Jason Isaacs amongst others, sadly it’s almost too much of an ensemble, devoid of a true protagonist to shoulder the emotional heartbeat of the narrative.

Next up is Ready or Not, a film that really ought to be seen on the big screen – and with as many friends as possible. Starring an excellent Samara Weaving, this is all about a wedding that goes horribly, horribly wrong – and we’re not talking about an awkward best man’s speech. It’s sinister but with a playful edge, and while it has all the makings of a dark take of the game of Cluedo, sadly we move away from this concept a little too freely, as where we crave more game-like qualities, instead it just becomes your conventional survivalist slasher romp. But in that particular sub-genre, this is one of the good’uns.

From fun and ridiculous, to a film craving more adventure; it’s the adaptation of the hugely popular novel The Goldfinch. A famous critic Philip French once claimed critics would never say they’re bored, for no film should ever bore us. But regrettably, this film is something of an exception to that rule, for while it’s been put together in a perfectly accomplished fashion, it’s jusT quite tedious, and far too long. You feel as though you could get right the way through the novel before the final credits roll, and we can’t help but feel that would’ve been a better use of your time.

Jamie Bell leads the next release, entitled Skin – which we first caught out at the Berlinale earlier this year. With a similar narrative structure to American History X, while you can’t fault Bell’s excellent performance as a Nazi realising he’s an awful person, sadly we just place a little too much empathy on the character. This feels like a movie telling us to get behind him, as if to celebrate his sudden change of heart, but it doesn’t feel warranted, and perhaps we’re too easy to forgive, where American History X always felt as though we didn’t ever need to, for Ed Norton’s character could never forgive himself. This doesn’t have that same approach, and the film struggles as a result.

Now onto a small British indie, with major Hollywood backing. It’s Tomorrow, written by Stuart Brennan and Sebastian Street, who also take on the lead roles. This tale was evidently made with a lot of love, and as such attracted Martin Scorsese, who has an executive producer credit on the film. It’s flawed, certainly, moments you can’t help but feel would’ve been enriched by a tighter screenplay, or elevated by slightly more accomplished performers – yet it’s telling an important tale, shining a harsh light on issues such as PTSD and HIV, and for that this film must be applauded.

Finally we have Don’t Let Go; a archetypal detective thriller, except one that takes a rather spiritual, fantastic route into proceedings, when a grieving cop played by David Oyelowo, starts receiving phone calls from his niece – one of the victims of the crime. Her voice from the dead becomes a point of guidance for the man, not just from an emotional point of view, but a practical one too, for using her words he can try and piece together this crime and find the person who did it. It sounds quite silly, and to be honest, that’s because it really rather is. 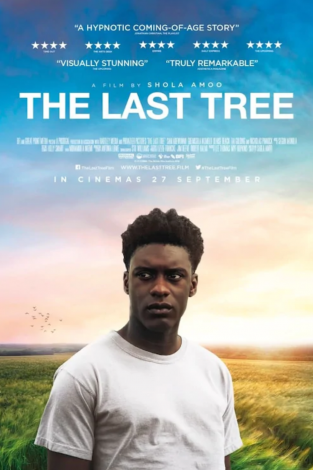