Some weeks it’s a real pain trying to determine which film can be crowned our hottest release of the week, as often we’re left with a whole host of creative productions that inspire us in a myriad of different ways. But this week is a peculiar one for there’s only really two films of note hitting our screens, and to be brutally honest, we’re weren’t particularly hot on either.

Those two films are Emma and Sonic the Hedgehog, and if we had to choose (which we do) then we’d opt for Autumn de Wilde’s fanciful, yet somewhat slight costume drama, based on the famous Jane Austen novel. There’s not an awful lot wrong with the film; the cast impress, boasting the likes of Anya Taylor-Joy as the eponymous lead role, with Josh O’Connor, Johnny Flynn and Bill Nighy, while the aesthetic is alluring, as you can certainly see the music video background from debutant de Wilde. And it goes without saying that the story itself is pretty strong, too. But the film doesn’t really pull up any trees, it’s agreeable, it’s easy to indulge in and the paramount romance at the core of the narrative has you compelled, but it just passes the time really, easy cinema without any true edge.

Now for many films that’s not a problem, but when adapting a novel that has been adapted several times before, to fully justify its existence you really ought to be doing something more innovative and resourceful, otherwise what’s the point? When Baz Luhrmann’s Romeo + Juliet was released it was easy to think, really? Another retelling of this same tale? But he tried something so different with it, you fully understood the need to bring the story back to the big screen. So when looking at the film in a socio-political context and understanding its place in a contemporary world, the one thing that is important is having a nuanced female protagonist. Emma is a great character for she’s flawed, and to be honest, somewhat unlikeable, and de Wilde is not afraid to shy away from this fact, and given how rarely we still see roles of this nature granted to talented actresses, that in itself is always worthy of praise.

Now let’s move on to the second and final release, which is of course Sonic the Hedgehog. The initial trailer came under much scrutiny when somehow the animators got the look of the titular character so wildly wrong, it barely resembled the character we grew up playing on our Sega devices. Luckily, and after a much-improved redesign, the film actually looks quite good now, it’s just lacking any real substance.

The video game thrived in the notion of simplicity, there wasn’t much of a storyline other than this incredible fast, electric blue hedgehog would run around picking up coins. In some ways this is a blessing for director Jeff Fowler, as it allows so much room to play with, no real barriers, and full licence to take this character wherever we want to go. It’s also a curse, for shoehorning in a semblance of a storyline feels contrived and deviates away from the essence of the game we loved so much when we were young. What’s also a bit bonkers is that this creature, known for its rapid speed, spends half the movie sit in the passenger seat of a car, driving along the highway.

When the film is irreverent it’s brilliant. Carrey is back to his 90s self, with an overstated turn, pulling facial expressions only he can, and hamming it all up really well as the lead villain of the piece. But rather than go full Lego Movie and become meta and self-referential, and play up to its absurdities in a playful and affectionate way, instead the film vies to have its cake and eat it, as it also tries to be sentimental at times, mostly around themes of loneliness and friendship. We just wish it hadn’t taken itself so seriously at times, because there’s a fun, dumb movie in here somewhere. After watching the trailer we sort of hoped we’d either absolutely love the film, or hate it (in a fun way) and yet frustratingly it falls in neither camp, it’s just okay? To be honest, we recommend just going to see Best Picture winner Parasite this weekend if you haven’t seen it already. Even if you have, just go and see Best Picture winner Parasite again. A recommendation that comes from truth, and also because we just like calling it Best Picture winner Parasite.

More of Sonic the Hedgehog 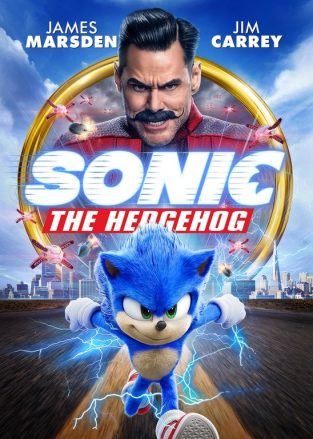