Sometimes we lose sight of one of the most important factors in cinema, and that’s entertainment. So often caught up in socio-political context, deeper meaning, even within the big blockbusters (see Joker), that it can refreshing every so often to just indulge in something that has an unwavering commitment to pure entertainment, which is exactly what Rian Johnson’s Knives Out triumphs in.

The film is centred around the death of a patriarch; the elderly crime novelist Harlan Thrombey (Christopher Plummer), with a dubious suicide that is fit for one of his very own novels. Naturally, all members of his eccentric family, which boasts an ensemble consisting of Chris Evans, Jamie Lee Curtis, Michael Shannon, Don Johnson, Toni Collette and more, are interviewed by the investigator hired to get to the bottom of this murky crime, bringing out a beautifully overstated performance by Daniel Craig as Benoit Blanc, who soon discovers that the key to this case could be the deceased’s nurse Marta, played by Ana de Armas. What transpires is a gloriously cinematic endeavour, a film so full of twists and turns, but delivered without contrivance, it’s a real experience, and such a fun one at that.

Naturally, Knives Out should be seen at the pictures, and should be seen with as big a crowd as possible, but the same can’t be said for The Two Popes, and while we certainly recommend seeing this film, if you can’t catch it in the cinema it’s coming to Netflix rather soon. But it remains our second favourite release this weekend, telling the sort-of-true story of the dramatic transition that saw Pope Benedict step down to be replaced by by Cardinal Bergoglio. It’s a film so reliant on the dialogue, almost akin to a stage play, which brings out two such wonderful performances from Anthony Hopkins (Benedict) and Jonathan Pryce (Bergoglio). But there’s more to this, it’s a real social commentary, and even though it’s light in parts, it’s about a shift in the Church that moved from an old-fashioned, controversial Pope to a younger, more progressive minded individual, and what transpires is a film that pits these two conflicting idealists against one another, scrutinising over the notion of traditions, striving to find a solution as we go behind the Vatican Walls.

It’s a pleasant film, which can’t quite be said of our next pick – Jennifer Kent’s The Nightingale. Having been behind the remarkable horror The Babadook, Kent now crafts a truly riveting, if completely harrowing revenge style drama, of a young woman who roams the Tasmanian wilderness, alongside an Aboriginal, to seek vengeance on a man who took everything away from her. It’s a difficult film to sit through, but in this case that’s a compliment, because if you find this film an easy watch you’re basically a sociopath. Aisling Franciosi turns in a star-making performance as the lead, while Sam Claflin is absolutely despicable as the film’s primary antagonist. It may not sound like it, but that’s a compliment too.

From one talented female auteur to another, another exciting new voice in cinema comes in the form of Mati Diop – the first black woman to ever have a film in competition at the Cannes Film Festival. That film is Atlantics, another Netflix production which makes its way to cinemas this weekend and it’s such a striking endeavour. Set in Senegal, this is a film that finds a remarkable balance between realism and fantasy, so gritty and dark in parts, yet enriched by this fantastical, surrealist edge. But at its core, it’s a love story, of two teenagers, one of which has been promised to somebody else. But what is most noteworthy is the tonality of the film, you instantly get a sense for Diop’s vision, there’s an indelible atmosphere, helped along by the excellent soundtrack, that ensures her name is one you ought to be paying very close attention to.

We then move over to another female-led production, albeit at the other end of the cinematic spectrum – at this is the Charlie’s Angels reboot, written and directed by Elizabeth Banks, who also stars in the film. There’s a sense of pertinence in this feature, this is all about celebrating the all-action female movie star, and in a world post MeToo, to give women the power is an essential thin, particularly for young girls to go and see. It can feel a little shoehorned in at times, and contrived in others, but this progressive actioner undoubtedly serves a purpose, especially in how much of the women’s victories in the film is just making the stupid, condescending male counterparts eat their words. The three Angels are on good form, it’s great to see Kristen Stewart back in a big studio blockbuster, while the rise of Naomi Scott and Ella Balinska is plain for all to see. It’s just a shame the film can’t avoid convention, just a little too obvious in its action set pieces, struggling to subvert cinematic expectations in a way we had hoped it might.

Finally, Kevin Smith fans rejoice – it’s The Jay and Silent Bob Reboot. Now first things first, this is not a film for newcomers, the aforementioned filmmaker has already admitted in interviews that he’s made this film purely for his fans, and with that in mind, those who grew up on the likes of Dogma and Clerks will certainly be pleased, for this feature is just full to the brim of references to Smith’s back catalogue, and just this comic-con-culture in general. It’s incredibly meta (too much so, at times) and while it spends vast amounts of the story affectionately bemonaing the industry’s inclination to just make reboots all the time, that is also a lingering issue with this very film and we feel almost like asking Smith not to keep reminding us, for its not doing the film any favours. But there’s enough in here to enjoy, with a whole myriad of cameos, and following Smith’s heart attack, it gives the film a certain profundity and poignancy, as a very personal endeavour, and while in some filmmaker’s case you’d argue it’s a little narcissistic, well, he almost died, so he can do whatever the hell he wants as far as we’re concerned. 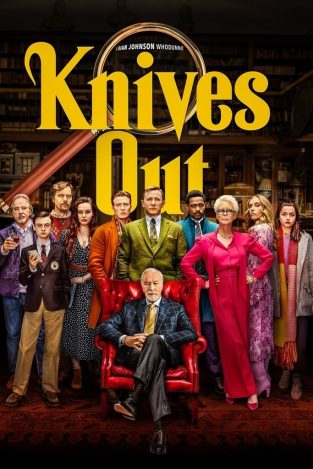