It feels strange that Parasite is finally coming out. For months it’s been a film on so many people’s lisp, it won the Palme d’Or at Cannes, and then it wowed audiences at festivals around the world, culminating in winning a BAFTA last weekend and on course to add a naked gold man to its collection at the Academy Awards this weekend, where it’s nominated for Best Picture among others. And now, after all the chat, it’s upon us – and everybody and anybody can go and see it. As far as we’re concerned, they really ought to.

It’s hard really to add anything new to the discourse, for so much has been written about this wonderful Bong Joon Ho production, but hey, we’ll add to it all the same. Much like so many of his films, following on from two English-language features in Snowpiercer and Okja, Parasite comes equipped with a profound and pertinent socio-political undercurrent, though this very much takes place in a world we recognise, unlike his preceding endeavours. It tells the story of a working class family, all unemployed and needing a change of fortunes, they take a peculiar interest in a very affluent family and find a way to integrate themselves into their lives, vying to be employed in different roles to help this family out, though what they can’t let slip is that they all know each other. The film takes such a myriad of twists and turns it’s difficult to write a brief synopsis, but here’s a tale that takes you on a exhilarating journey. Bong transcends genre tropes, for at times this film is a comedy, it’s a drama, then turns into a thriller, or a horror, and each time it’s just incredible, and seamlessly intertwined as we shift tonally. The aesthetic is striking too, the vast, open and grandiose rooms, and the way Bong places his camera is masterful. It feels like Hitchcock in his prime, yet comes with a distinctive sense of surrealism that has illuminated Korean cinema across the past few years. If this wins Best Picture this weekend, it will be fully deserving of such an accolade.

Another film out this weekend is Birds of Prey: And the Fantabulous Emancipation of One Harley Quinn. But let’s just call it Birds of Prey, eh? Set after Suicide Squad, and poor Harley Quinn, brought to life again with a wonderful conviction by Margot Robbie – in a performance we feel outdoes both of those she got BAFTA nominations for – has broken up with Joker, and now without his protection she becomes Gotham’s number on target, for she’s made a lot of enemies across the years. Director Cathy Yan does a really impressive job in ensuring this film be stylistic, but never as the expense of the substance. There’s an uncontrived implementation of female empowerment, unlike the cringey ‘girl power’ moment in Endgame – with well fleshed out protagonists that serve the story well, as well the talented bunch of actresses in the roles. There’s a great pantomime-villain like performance by Ewan McGregor too, who has a real free reign here to just be completely unhinged, and it suits the actor well. But the real stars are the female ensemble, and the big action set pieces and well-choreographed fighting scenes make for an engaging film that just looks great up on the big screen, like you’ve walked into strange neon-lit fever dream.

From vibrant, striking colours, to a bleak, impossibly white and harsh landscape, we move onto Agnieszka Holland’s latest film, the biopic of Welsh journalist Gareth Jones, who fought to uncover the tragic and devastating truth of the Holodomor, a famine affecting Ukrainian people under Stalin’s tyrannical regime. It’s not being reported about in the Western world, so Jones – played here by James Norton, who seems to share that same awkward sense of charm and naivety of the Welshman – sets out to hunt for the truth. In a world that consists of fake news, with the integrity and role of journalists in the line of fire by populist leaders, it seems a tale like this is needed more than ever, which has one purpose and one purpose only: to protect and honour the truth. Holland, who has been behind so many politically-charged productions, is in her element here, and while the film does get a little tedious in parts – perhaps needing a more shrewd edit job – it’s a film that just needs to be told, as Jones’ went through so much for us to know just what happened.

We end on Daniel Isn’t Real, a really fascinating psychological thriller by Adam Egypt Mortimer. Like so many horror/thriller movies, they work best when they’re placed very much in our minds, as our greatest adversary can be ourselves, and this taps into that motion. Plus we have the tried and tested formula of an unreliable narrator, an entry point we can never really trust. Luke (Miles Robbins) plays the aforementioned, troubled student who hears voices in his head, and they belong to his imaginary friend Daniel (Patrick Schwarzenegger), who had locked away as a child, but he’s creeped back in. In a constant battle against his own mind, this really impressive, and very dark feature is noteworthy for focusing in on mental health, and albeit in such a unique way, taking a rather backwards route into the notion, and dressing it all up in a genre movie format, it’s important to delve into themes like this, particularly from a male perspective. Also out this week are Dolittle, starring Robert Downey Jr., and Underwater with Kristen Stewart. Two films we’d love to review for you, but sadly haven’t been able to see yet. But don’t worry, you’d definitely have wanted to just go and see Parasite anyway. 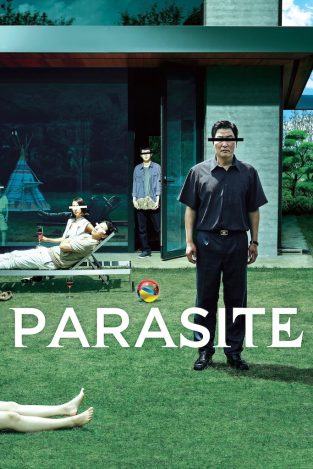