It’s a day we’ve been anticipating for the best part of a decade, as following on from Four Lions – arguably the very best British movie this side of the Millennium – finally Chris Morris returns to the director’s chair for his second cinematic endeavour The Day Shall Come. Now to say he raised the bar somewhat would be an understatement so naturally expectations were heightened massively so for this film, and while it may not reach the dizzying heights of his preceding feature, it’s still a truly exceptional piece of filmmaking that is equally as profound as it is comedic.

Though in this instance perhaps we deal even more into the former, as laughs are scattered, and somewhat sporadic and that’s really the only criticism is that maybe it could be even more farcical. But on a dramatic note, it’s a truly heartbreaking piece of cinema, it’s moving and striking in its barbed take on the socio-political situation in America. Of course this falls under the umbrella of being a satire and it is here that it excels, though you could level some criticism at the filmmaker for perhaps treading over too familiar ground, in what is another tale of hapless, idealistic extremists (even if these are being manufactured). The lead character is Moses, played by newcomer Marchant Davis, and he’s a man with lofty ambitions and an unwavering and destructive sense of hope. The FBI get wind of this man, and he finds himself far deeper than he may have intended.

Talking of Brits heading Stateside, American Woman is out too and shows off the sheer talent of Sienna Miller, who has reinvented herself across the Pond, and this may just be her finest performance to date. She’s such an underrated performer, like a chameleon in how you almost forget it’s her with credits ranging from Foxcatcher to Mississippi Grind to American Sniper, and she’s almost unrecognisable in them all. Here she plays a working class single mother who discovers one day that her daughter has gone missing. In a tale set across decades this truly is a portrait of a woman who carries a strength only a mother could, and Miller pulls it off and then some.

Next up is The Dead Center by Billy Senese, which has gone under the radar somewhat – and unfairly too, for it’s one of the scariest films we’ve seen all year. Not your archetypal horror, we delve into a psychiatric unit where a doctor – played by Shane Carruth – deals with a new patient who claims he has died before, but has been sent back carrying a rather malevolent force inside him. Using the triumphant ‘unreliable narrator’ trope, we watch on as the doctor starts to slowly lose his mind. Couple that with a staggeringly creepy performance from Jeremy Childs, and you’ve got yourelf one chilling little affair.

While Carruth was busy going from being a director to an actor, we now have the opposite, as Adewale Akinnouye-Agbaje presents his first film from behind the lens, and it’s of his own, incredible life story. Starring Damson Idris in the leading role, we look into a time when Nigerian children were ‘farmed’ to working class British parents. This young boy, struggling identity, went on to be the face of a racist, nationalist group of skinheads. I know, it’s a hard one to get your head around. Kate Beckinsale’s unconvincing cockney accent aside, it’s an accomplished piece of cinema, and given the themes being explored, it’s a film that we’re very pleased exists, following on from Shola Amoo’s The Last Tree we’re slowly starting to see more new voices in British cinema talking about race and identity.

Finally, we have Gemini Man, where Will Smith fights, well, he fights Will Smith. The story is nonsensical, the script is below-par and the acting is underwhelming – but in the action genre, sometimes that can be forgiven if the set pieces are impressive. But here? Well, with Ang Lee’s absurd inclination to keep shooting at a higher frame rate, the film is almost unwatchable. In a bid to place us right into the heart of the action, instead all he does is pull us right out of it. Please, Ang, no more. Also out this week are animation Abominable, and romantic drama The Sky is Pink. 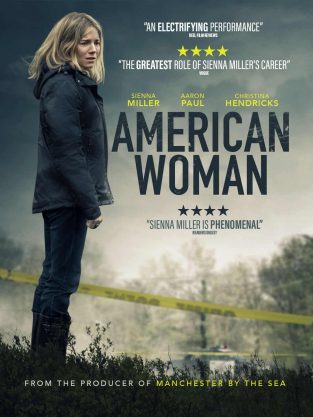