DEAN STOCKWELL in Blue Velvet – Having appeared as Doctor Wellington Yueh in David Lynch’s ill-fated Dune adaptation, the director once again tapped industry veteran Stockwell – he made his big-screen debut at the tender age of nine – for a deeply strange appearance as Ben – a criminal associate of Frank Booth (Dennis Hopper) and proprietor of the world’s least appealing brothel. Casually lip-syncing along to Roy Orbison ‘In Dreams’ is a surreal sight in itself, but Stockwell’s pale deathly complexion and camp mannerisms add to the bizarre and unsettling atmosphere. His performance is cut short when it provokes  one of Frank’s meltdowns. For a brief moment Stockwell achieves peak weirdness and even manages to out-creep Hopper’s unhinged, gas-inhaling gangster. That in itself is an impressive feat. First of our best movie cameos.

CHARLIE SHEEN in Ferris Bueller’s Day Off – For a performer who is more infamous now for his partying and destructive ways, this brief but hugely memorable turn in John Hughes’ hit comedy can’t have been too much of a stretch. But even the actor’s zombie-like appearance is reportedly to have stemmed from his method-y decision to stay up for two days straight prior to his one day of filming (and in the process, missing that morning’s shooting schedule). Sheen is thoroughly disarming here as the waster who helps Bueller’s uptight sis (Jennifer Grey) see the error of her ways. Showing the kind of nuanced comedic chops which were conspicuously missing from all his sitcom work, the film is also a painful reminder that Sheen was once a very fine and capable actor.

BILL MURRAY in Zombieland – It’s well documented that Murray wasn’t the first actor the filmmakers approached for this playfully meta part – the late Patrick Swayze was amongst those who were initially considered – but given the final result, it’s hard to envision anyone else bringing that same delightful drollness. The best moment in the entire film might be Murray’s wonderfully po-faced self-deprecation when he’s asked, just before succumbing to a gunshot wound, if he has any regrets in his career. Murray informally utters “Garfield, maybe” before his hilariously elongated last breath which causes Wichita (Emma Stone) to let out a guilty giggle when he finally expires. One of the best movie cameos!

CHRISTOPHER WALKEN in Pulp Fiction – Walken has the distinction of putting in brief but unforgettable appearances in two Tarantino-scripted work in the nineties. Firstly as wiseguy Don Vincenzo Coccotti in Tony Scott’s True Romance (“I haven’t killed anybody since 1984”) and the second in QT’s directorial game changer. In his almost five minute monologue, Walken as Captain Koons completely commands the screen as he gives the bemused-looking young Butch Coolidge an extensive history lesson behind the family heirloom (a gold watch) he’s returning to the child. As Koons’ story reaches the farcical pay-off (“five long years he wore this watch…up his ass”) Walken remains resolutely deadpan in his delivery. Tarantino really lucked out nabbing the actor for this part. He’s such an integral component in making Pulp Fiction the masterwork it is.

MARTIN SCORSESE in Taxi Driver – As we all know, the movie cameo isn’t limited solely to actors. By now, Scorsese has appeared numerous, often fleeting, times in his films, even cropping in meatier parts for other directors (Akira Kurosawa’s Dreams and Robert Redford’s Quiz Show are two which stand out). But one of his earlier brief roles in his own works wasn’t initially by choice. The role of Travis Bickle’s creepy passenger was due to be performed by actor who pulled out at the eleventh hour, thus forcing Scorsese to step in. However, the director does a fine job of playing the unhinged customer, who describes to Bickle in violent, lurid detail all the things he’s planning on doing to his cheating wife with his revolver.

Once Upon a Time in … Tarantino | Five great Tarantino moments 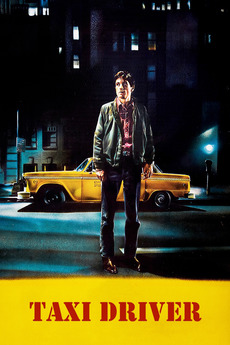