This week takes us back to last year – for our two picks of the week are films we first saw at film festivals in 2018. First up is Barnaby Southcombe’s Scarboough, which we saw back at the Macau Film Festival, bringing us a flavour of home in a foreign landscape – and the results were compelling. Southcombe, who impressed us with his debut feature I, Anna – a modern noir that featured his very own mother Charlotte Rampling in the eponymous lead role – now returns with a complex relationship drama based on a stage play with the same name. Unlike the film’s politics, the premise is relatively simple; it’s a double hander featuring two seperate romantic narratives, and we move seamlessly between both. They’re entwined by one theme: they feature teachers who have entered into an illicit relationship with one of their pupils, using the beachside resort of Scarborough as a means to get away from it all.

First up is Aiden (Edward Hogg) and Beth (Jessica Barden), the former a teacher, the latter his student – before we move into the tale comprising of teacher Liz (Jodhi May) and her student Daz (Jordan Bolger). It’s a tale enriched in complexity and nuance, and must be commended for somehow managing to maintain a semblance of empathy for all characters, something which, prior to watching the film, we hadn’t deemed possible (for the older half of each couple, at least). But this tale is entrenched in humanity, and has no agenda – it’a giving us an intimate insight into couples we otherwise only ever read about in the news, those we demonise. Naturally we still don’t agree with, or accept what we’re seeing, but the film has a remarkable capacity to just linger on both couples without too much scrutiny, and what transpires is a moving and mesmerising film that manages to avoid ever feeling like an adaptation of a stage production: a hurdle that many films of this nature stumble on. Add to that the beautiful aesthetic and stirring score, and we’re left with a strikingly cinematic piece.

On that same note – though covering wildly different ground – we have Benjamin Naishtat’s Rojo, a politically charged thriller from Argentina – and this one we first caught out in Toronto, this time last year – finally finding distribution thanks to the ever-dependable New Wave Films. It all starts with an argument in a restaurant, and this single moment has repercussions that set the tone for the film to thrive off, with a whole myriad of themes explored, steeped in socio-political context, in a films et back in 1976. It features exceptional performances, specifically from both Dario Grandinetti, and Chilean Alfredo Castro – the latter often playing John Cazale-esque figures in his films, now given free reign to go full-on Al Pacino, and this move from Fredo and Michael Corleone suits him down to the ground. But it’s just a truly creative endeavour, so atmospheric and visceral, taking so many risks, to make one of the most striking and indelible features you’ll see this Autumn.

And now for something a little more familiar, it’a the return of everybody’s least favourite clown Pennywise, in IT: Chapter 2. This impressive sequel’s first giveaway that it’s of a pretty high standard is the cast that has been assembled, as we move into the present day where the kids from the first film and now all grown up, and played by the likes of Jessica Chastain, James McAvoy and Bill Hader. Clocking in at not far off three hours in run time, this is an ambitious, epic-scaled horror that transcends the genre at hand. In fact, while it’s certainly scary in parts, this feels like it;s not to be restricted to any genre, it’s a film that covers so much ground, steeped in nostalgia, facing up to demons past, it’s about friendship, love, loss, and facing up to bullies. And, naturally, it’s still bloody scary so if that’s your main reason for going, you’ll leave pretty satisfied on that front too.

Finally we leave with Sprinter – a drama hailing from Jamaica about a young athlete destined for the top. Directed by Storm Saulter – and with an executive producing credit to none other than Will Smith, we delve into the world of the nation’s next biggest track and field sensation; Akeem Sharp (Dale Elliott). Though this film follows the tropes and familiar beats of the sports-movie formula, it’s a coming-of-age tale at its heart, about a young boy having to overcome many obstacles in his personal life to achieve his goals. His mother is now living in the States, his father is an alcoholic and his older brother – a one time sprinter himself – is embroiled in the shady underbelly of the local community. Facing much adversity on the way we watch on as Akeen defies the odds. It’s a story of hope, primarily, and features a little cameo from a certain Usain Bolt. If he gets into acting, having already shown us that while being the fasted man of all time he’s even a decent footballer, we will start to question if this man can quite literally do anything he wants.

More of IT Chapter Two 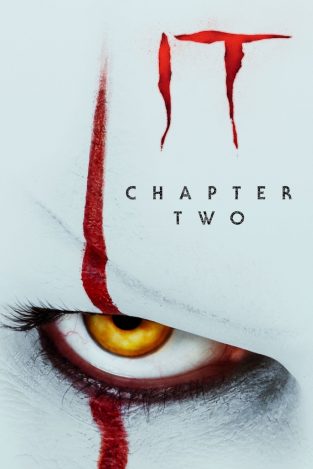