Meeting Hilary Swank came on a strange week. She was receiving a Lifetime Achievement Award at the Locarno Film Festival in Switzerland. Undoubtedly deserved – the actor has scored two Oscar wins with two nominations – only six other actors have ever done that – it still feels a bit weird to talk about lifetimes in your mid-forties. She’s two years younger than me! But then again she has appeared in a wide range of films, from cult indy work like Boys Don’t Cry to big budget Hollywood like Amelia and the underrated The Homesman. But when we met, her latest film – the Blumhouse produced horror The Hunt had just been attacked by President Trump in a typical twitter tirade and we were told not to ask questions. The next morning Universal would cancel the release. And yet the stress was not evident. Swank was funny and happy to answer what she could.

You started in sports. Swimming and gymnastics. What did they teach you?

I had a gymnastics coach who said to me, ‘can’t’ means ‘won’t’ and ‘won’t’ means push ups. So I quickly learned to use can’t in my vocabulary even though I don’t mind doing push ups because I like to exercise, but not all day.  So I find it that we are our own biggest obstacles and, if we can get out of our own way and just work hard, I think we can really achieve anything.

You first started in Hollywood as an actor working on TV shows like Beverly Hills 90210. Was it a blessing you got fired?

No, I wanted to stay on the show. [laughs] Yes, it was a huge blessing.  And that’s what I was always saying, it’s such a reminder that when something that happens that is deemed a negative, you just learn from it and obviously I was not happy to be fired, especially when no one was watching the show anymore. I thought I wasn’t good enough for a show no one watched.  But then this other opportunity came two months later that was not career changing, but life changing, because it was such a great opportunity for me to learn as a human being and have this experience to be the spokesperson for the Hetrick-Martin Institute, but I look back at my TV experience, the first nine years of my career, as a great learning experience, that it just prepared me for the opportunities, the great opportunities that came later.  You know that saying that the definition of luck is when preparation meets with opportunity?  My career in TV in the beginning was that preparation really. 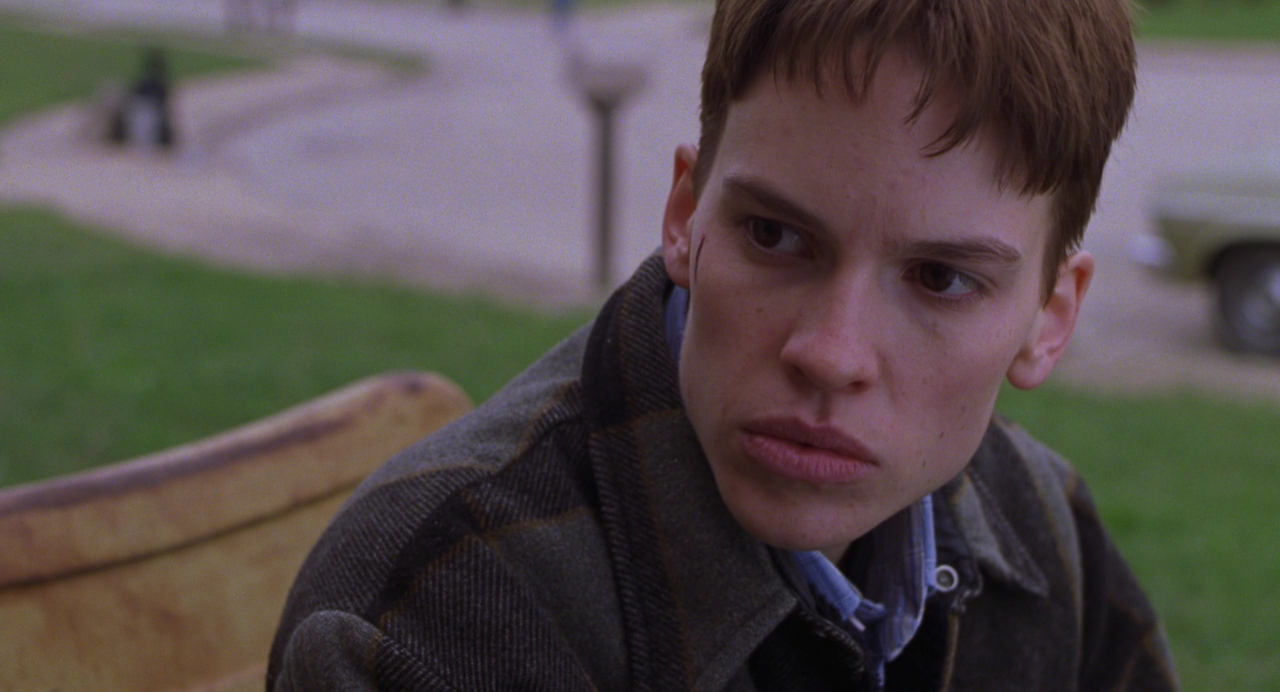 So Boys Don’t Cry came out 20 years ago.

How relevant is the film to the debate about transgender identity and LBGT-Q rights today?

People still come up to me and say thank you, Boys Don’t Cry either saved my life or gave me the ability to communicate who I feel I am inside.  And that is so huge to me.  It’s not something I would have imagined as an actor.

At the time when Boys Don’t Cry was made, there wasn’t a lot of conversation about Trans people. It was just all this vocabulary and there still is vocabulary that has to be used correctly.  And I think there’s more vocabulary now than there was then. But what I will say is that the gay community wasn’t inclusive to the Trans community. It was very defined, like you are straight, you are gay, we are not inclusive of anybody who is different than us.  And that has changed.  We still have a long way to go, but that was the start of a conversation that was very important.  And what’s interesting is a lot of people from that community said, I’m so happy that you are straight and you told that story, because had it been someone that wasn’t, I don’t think it would have been as well accepted throughout all different types of views. It would have been a Trans story rather than transcending gender in a way and just being about love, giving and receiving love.  But now it’s more of a conversation and it’s more inclusive of all different genders. It’s really nice to see that the Trans community is getting opportunities to act and tell their own stories, it’s really beautiful that we can now say that because that was definitely not the case 20 years ago.

If Boys Don’t Cry was made today, do you think that a Trans actor would play the role?

I think, I mean you can go back and say a lot of these things, but I think that if it were made now had it never been made, I think definitely it would be great if a Trans person was telling their story.

Was there a difference for you in winning the first Oscar for Boys Don’t Cry and the second for Million Dollar Baby?

You know, it’s still astounding to me that I have one, let alone two.  When people say it, I’m like what? what do I have?  Just because it being a by-product of something that you love so much, it feels like that’s already the gift, that’s already the award, and then you have this.  I sit in that auditorium with all of these people that I admire so greatly, and remember in Sesame Street, that one part where it was like “one of these things is not like the other” and then they point out the one thing that isn’t, I was always like people are going to go hey you, what are you doing here?  But it’s just a crazy, crazy feeling. It just blows my mind.

You once said you spoke two languages, English and storytelling. Are you in more control of the storytelling now as a producer?

That’s a great question. Being a producer, you definitely have more creative say.  As an actor solely, you can have input, but in the final cut it might not make it. But certainly, as a producer you not only have the ability to help craft the story, but you get to choose the artisans with which you collaborate.  So it’s going to make a huge difference for sure.  And having that ability to find the stories that you want to tell is wonderful.

Which are the stories that you want to tell now?

I have a couple of ideas, a couple comedies that are just silly and fun that I am in the middle of developing.  But I have also another story about a Syrian refugee that I want to tell, that is an unbelievable story about forgiveness and perseverance, a true story.  I mean I am constantly looking for content and I’m constantly inspired by people, I am blown away by true stories and I find that true stories are, you wouldn’t believe them if they were fiction.  So, it’s just, there’s constant ideas everywhere but getting those rights are harder and harder nowadays, because there’s so many people who want to tell stories.

Does living in the context of the Donald Trump Presidency affect the stories you want to tell?

No. I mean, my desire to tell certain stories has always been the same no matter who the President is.  I think the choices that I’ve made pretty much informs who I am as a person and that’s not going to change no matter what’s happening.  I definitely make stories about the underdog and I stand up for human rights.

You’ve many films with a feminist perspective like The Homesman for instance. How do you feel as a woman in the industry during the #MeToo era?

Well, I do think being a woman feels like you are a second-class citizen. But it’s been great that women have really, I think come together in solidarity to support one another in a way that they probably haven’t since the American times when women stood together to get the right to vote in the late teens up until 1921. That was a great time of solidarity and women are doing that now to help for just equality and inclusivity and equal pay.  I mean to this day, I still don’t get paid the equal to my male counterpart and that hasn’t changed.  And I don’t think that there’s fairness in that.  But this isn’t just in the industry, this is happening in everyone’s industry across the world.  But I do think that now, we are getting more opportunities for sure and not just gender equality but I think race equality.  We are seeing stories being told of all different walks of life.  And that’s great because clearly the business for so long was run by white males.  And so those were the stories we were seeing more of from their point of view and there’s so many other ways to see things.

And you seem to be returning to genre now to tell stories.

Well no, I mean I wouldn’t say going back to, I would say throughout I have always peppered in some genre stuff. And I think that that’s part of being an entertainer, is just doing stuff that is different and gives me the opportunity to challenge myself in a different way really.  And also lighten it up, sometimes doing these true stories, where they end in a really sad way, it takes its toll on my soul.

Are there any roles you passed over that you regretted not taking?

Well there are times, no, I mean, usually if I have not something, it’s because I have really deeply thought about it because I really think about the choices that I make.  There have been movies that have been really successful and the actresses have had success with the movie, but they were better cast and my passing was the right decision.  And so I don’t look at it and go oh, if I would have made that decision I would be in a successful movie now, I look at it and say wow, like I was fired from 90210, there’s a reason why I didn’t do that role and they did.  And I think that also have happened in reverse with me, other people have been offered an opportunity and they passed and I did it, and I do believe that fate doesn’t work in such mysterious ways.