Annihilation’s narrative was well-defined before a single film fan had seen a single frame. Not the narrative of Natalie Portman et al. and their expedition into the mysterious and deadly Shimmer, but an external narrative. Alex Garland’s follow-up to his tremendously well-received Ex Machina, had been touted as a victim of Paramount’s cold feet, a maligned opus that was too bold, too undefinable, too ambitious for a studio that had already been burned by Darren Aronofsky’s similarly enigmatic mother! Paramount reportedly balked at the final film, fearing another divisive film that would drive an even larger wedge into the gap between critical adulation and commercial success, and offloaded it to Netflix.

Once the phrase “too unconventional for mainstream audiences” is uttered, the imagination swings towards other unfairly maligned masterpieces that were rejected: Warner’s reaction to Wilco’s Yankee Hotel Foxtrot, Fox’s taciturn rejection of Boogie Nights and so on. It creates an unhealthy level of expectation. If it’s too smart for the masses then it must be brilliant. So, now that we’ve had time to watch, digest and rewatch Annihilation (one advantage Netflix has over the cinema), which is it? Maligned masterpiece or overhyped ordinariness?

The truth, at the risk of being a non-committal fence sitter, is somewhere in the middle. From the trailer on Netflix (and seriously, Netflix, get to grip with your trailers. Showing a bunch of clips in sequence is not a trailer), it would seem that even they didn’t entirely trust the existential angst of Garland’s film. The impression given is that Annihilation lies somewhere between Predator and Lake Placid (that’s a film I’d pay good money to watch). Again, more misleading expectation, crippling the film from the get go.

Garland has said that rather than reread the novel that the film is based on, he wrote the script from his memories of the book. That approach is evident in the dreamlike way the film unfolds, like someone desperately trying to explain a vivid but elusive nightmare that defies conventional logic. Annihilation starts relatively coherently. An unnatural phenomenon called the Shimmer has appeared in swampland in the American south and it keeps expanding, threatening to eventually take over the entire planet. Only one person who ventured into it has returned and he’s in a critical condition, with no memory of what happened to him.

Natalie Portman volunteers to join a band of women heading into the Shimmer to reach a lighthouse, the phenomenon’s origin point. From there, things get progressively weirder, leading to a crescendo that is grimly beautiful but elusive in its meaning. Annihilation appears to be asking similar questions to Ex Machina in terms of the relationship between the natural and unnatural and what it means to be human and to have a sense of identity.

But in Ex Machina, those questions were asked clearly and concisely. Where it felt streamlined, well-defined and cinematically impressive, Annihilation feels smaller and frustratingly obtuse. It’s still a haunting, thought-provoking, film and one that is highly recommended, but it has undoubtedly suffered through reputation. Approaching it with tempered expectations will result in a much more rewarding experience. 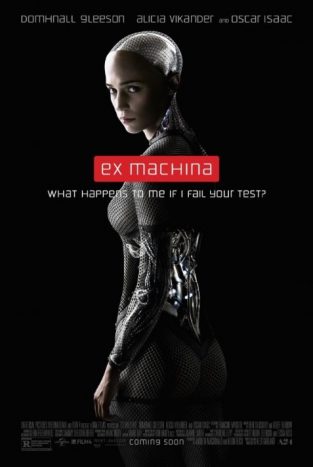