I WON’T HURT YOU – The West Coast Pop Art Experimental Band. From Isle od Dogs. Wes Anderson’s movie tells the story of Ataru Kobayashi, 12-year-old ward to corrupt Mayor Kobayashi. When, by Executive Decree, all the canine pets of Megasaki City are exiled to a vast garbage-dump, Atari sets off alone in a miniature Junior-Turbo Prop and flies to Trash Island in search of his bodyguard-dog, Spots. Academy Award winner Alexandre Desplat wrote the score but the movie also includes a long list of songs. One of our favourite track is I won’t hurt you by The West Coast Pop Art Experimental Band, an American psychedelic rock band formed in California in 1965.

THE FIRST SCALP – Max Richter. From Hostiles. Written and directed by Scott Cooper, Hostiles takes place in 1892 and tells the story of an Army Captain (Christian Bale) who reluctantly agrees to escort a dying Cheyenne chief (Wes Studi) and his family back to tribal lands. On the journey, they meet a widow (Rosamund Pike) whose family was murdered on the plains and offer their help. As the former rivals make their way from an isolated Army outpost in New Mexico to the grasslands of Montana, their relationship moves from antagonism to compassion, demonstrating humans’ capacity for change. Max Richeter wrote the movie soundtrack using mostly piano and electronic elements, adding also a tribute to the Native American’s music tradition.

FLOWER FESTIVAL – John Powell. From Ferdinand. La-La Land Records present the original motion picture score to the feature film Ferdinand, starring Kate McKinnon, Bobby Cannavale and David Tennant, and directed by Carlos Saldanha. Acclaimed composer John Powell (Kung Fu Panda) unleashes a wondrous orchestral score that expertly harnesses all the joy and adventure within this blockbuster classic tale of a captured bull with a big heart, who is determined to return to his family. Produced by John Powell and Batu Sener, and mastered by Patricia Sullivan at Bernie Grundman Mastering, this CD release is an astounding listen.

THE CHANGE SUITE – Paddy Kingsland. From The Change. On 20th April, Silva Screen Records will digitally release The Changes, cult BBC tv series from 1975 with music by electronic pioneer Paddy Kingsland, who went on to score The Hitchhiker’s Guide to the Galaxy and Doctor Who. The show, a British children’s sci-fi television serial, was directed by John Prowse and is based on the trilogy written by Peter Dickinson: The Weathermonger, Heartsease, and The Devil’s Children. Kingsland’s soundtrack will be also released on double white vinyl LP for Record Store Day 2018.

SHETLAND – John Lunn. From Shetland. Set in the subarctic archipelago north east of Scotland, the series, based originally on the novels of Ann Cleeves has received major critical acclaim and a BAFTA Scotland award for best TV drama. John Lunn’s music possesses a wonderfully unique voice that spans a wide spectrum of musical styles. Classically trained, yet contemporary in attitude, he combines a highly intelligent and sensitive approach with a sound that always hits at the emotional heart of a piece. He is probably best known for scoring Downton Abbey for which he received two Primetime Emmy Awards. On 23rd March, Silva Screen Records has released Shetland, John Lunn’s Gaelic inspired classical score to BBC’s murder-mystery series.

IMPROVISACIÓ 1 – Booby McFerrin. From The Square. The Square, satirical drama film written and directed by Ruben Östlund, is set in a renowned museum where an artist exhibits an installation meant to promote altruism, providing people with a symbolic space where only good things can happen. The movie’s protagonist, Christian, is the manager of the museum who hires a ruthless PR firm to build some buzz around the installation but things get out of hand when the museum’s PR team goes too far with their publicity plans. The soundtrack, released by Milan Records, features Justice’s Genesis, as well as tracks by Curbi, Amok, Claes Bang, Andreas Franck and the amazing Improvisació 1 by Booby McFerrin.

MAIN TITLE THEME – Alan Silvestri. From Ready Player One. From Steven Spielberg comes the science fiction action adventure Ready Player One, based on Ernest Cline’s bestseller of the same name, which has become a worldwide phenomenon. The film is set in 2045, with the world on the brink of chaos and collapse. But the people have found salvation in the OASIS, an expansive virtual reality universe created by the brilliant and eccentric James Halliday. The music is by Oscar-nominated composer Alan Silvestri (the Back to the Future films, Forrest Gump) who wrote an orchestral composition using strings and percussions.

RUNAWAY – Yeah Yeah Yeahs. From Jessica Jones 2 Created for Netflix by Melissa Rosenberg, based on the Marvel Comics character of the same name, Jessica Jones, has reached its second season. The show is set in the Marvel Cinematic Universe, sharing continuity with the films of the franchise and stars Krysten Ritter as Jessica Jones. All episodes are full of music. We’ve chosen a song, Runaway, by the American indie rock band from New York lead by Karen O. The track was released in 2009 for their hird studio album It’s Blitz!.

I WANT TO ACT – Mac Quayle. From Feud. La-La Land Records present the world premiere CD release of renowned composer Mac Quayle (AHS, Scream Queens, Mr. Robot) original score to the acclaimed 2017 FX special limited series presentation of Feud, starring Jessica Lange, Susan Sarandon and Stanley Tucci. Drama, humor, tension, emotion and inspiration burst forth – all of it expertly captured, supported and unleashed by composer Mac Quayle’s amazing score – a work that draws influences from classic Hollywood movie music – echoes of Herrmann, Goldsmith, Mancini and more – and fashions all of it into an original musical tapestry that is as respectfully, gloriously retro as it is breathtakingly contemporary.

MERI KHAMOSHI – Anupam Roy. From Pari. Pari is an Indian supernatural horror film directed by Prosit Roy in which a man attempts to help a woman named Ruksana (Anushka Sharma Kohli), an abuse victim, who he found chained up in a hut. Indian lyricist, music composer and singer Anupam Roy, best known for his song Amake Amar Moto Thakte Dao – which appeared on Autograph’s soundtrack – wrote the movie score. 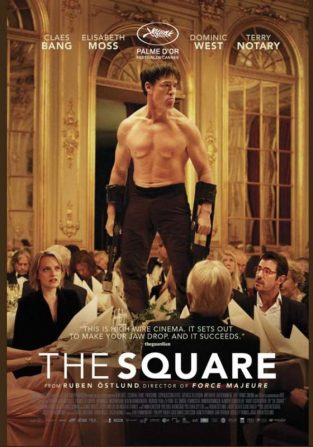