GLORIOUS – Macklemore feat. Skylar Grey. From Empire 4. The American musical drama tv series has reached its fourth season. Created by Lee Daniels and Danny Strong, the show centers on a fictional hip hop music and entertainment company, Empire Entertainment, and the drama among the members of the founders’ family as they fight for control of it. The fourth season, consisting of eighteen episodes, stars  Terrence Howard, Taraji P. Henson, Bryshere Y. Gray and Trai Byers. Empire’s soundtrack includes a long list of songs. One of them is Macklemore’s Glorious, the lead single from his second solo studio album, Gemini. The music video, directed by Jason Koenig, featured Macklemore’s grandmother, Helen, on her 100th birthday, with the two doing activities together such as egging houses, karaoke and driving around the city.

THE GHOSTS – Murray Gold. From Doctor Who Season 9

Premiering in September 2015, the ninth series of Doctor Who featured Peter Capaldi in the title role in his sophomore season as television’s favourite time traveller. Five time BAFTA nominee Murray Gold recently confirmed that he is stepping down from composer duties on the show after 12 years of providing some of the finest music to be heard on contemporary television. This is also the 12th Silva Screen release of his music from the 2005 revival onwards and underlines the breadth of Gold’s composing skill across over two and a half hours of music.

Following on from the worldwide success of 2014’s Annabelle, which frightened the worldwide box office to a gross of $257m comes another chilling story of the possessed doll causing sinister havoc once more. Composer Benjamin Wallfisch is recognised as one of the leading lights of his generation, working with film-makers of the calibre of Steven Spielberg, Gore Verbinksi and Lars von Trier. He has been a Golden Globe, Emmy and Ivor nominee. In a career spanning over a decade and 60 feature films his recent credits include Hidden Figures and A Cure For Wellness. A regular collaborator with Hans Zimmer he features on the soundtrack to Dunkirk. His last project was the long awaited big screen version of Stephen King’s It.

The Exorcist is an American anthology horror drama television series starring Alfonso Herrera, Ben Daniels and Geena Davis. The show is based on 1971 William Peter Blatty’s novel. A sequel to the 1973 film of the same name, it is part of The Exorcist franchise. It follows three priests dealing with cases of a demonic presence targeting a family and a foster home. The second season of FX’s horror show features a bone-chilling score by composer Tyler Bates (Guardians of The Galaxy, John Wick, Atomic Blonde). The soundtrack also features the main title theme composed by Daniel Hart.

Chappaquiddick recounts the tragic events of the 1969 car accident involving U.S. Senator Ted Kennedy and a young, female campaign worker who died at the scene. Kennedy left the scene of the accident and didn’t alert authorities for ten hours. What happens over the ensuing days, reveals how one of the most powerful and influential political family dynasties in U.S. history orchestrated the truth behind the death of Mary Jo Hopechne. The film, directed by John Curran, stars Jason Clarke, Kate Mara, Jim Gaffigan, Ed Helms and Bruce Dern. The soundtrack is by Brooklyn based composer and double bassist, Garth Stevenson and will be released by Varese Sarabande on April 6.

OSR I – IV – Daniel Pemberton. From One strange rock

One Strange Rock is a National Geographic Channel documentary series consisting in ten episodes. The series, directed by award-winning filmmaker Darren Aronofsky, tells the story of how life survives and thrives on planet Earth, as told by eight astronauts from their unique perspective of being away from Earth. Hosted by Will Smith, the documentary features contributions from astronauts Chris Hadfield, Nicole Stott, Jeff Hoffman, Mae Jemison, Leland Melvin, Mike Massimino, Jerry Linengerand Peggy Whitson. A thrilling journey that explores the fragility and wonder of planet Earth—one of the most peculiar, unique places in the universe. The score is by English composer Daniel Pemberton, best knows for in The Counselor, Steve Jobs and All the money in the world.

Just few months after Ridley Scott’s All the money in the world, Trust – the American anthology drama tv series created by Simon Beaufoy –  follows the trials and triumphs of one of America’s wealthiest and unhappiest families, the Gettys. The series begins in 1973 with the kidnapping of John Paul Getty III, an heir to the Getty oil fortune, by the Italian mafia in Rome. Directed by Academy Award winner Danny Boyle and starring by Donald Sutherland, Hilary Swank, Harris Dickinson and Brandan Fraser, the show is full of music. One of our favorite track is David Bowie’s The Jean Genie, the lead single for his sixth studio album Aladdin Sane.

Directed by the The Academy Award winner Anders Walter, I Kill Giants is an American fantasy thriller film based on the Joe Kelly and Ken Niimura’s award-winning graphic novel. The movie tells the story of a girl named Barbara who struggles with life by escaping into a fantasy life of magic and monsters. The film adaptation stars Madison Wolfe, Imogen Poots, Sydney Wade, and Zoe Saldana. The soundtrack features music from London Grammar and score by respected French composer Laurent Perez del Mar (The Red Turtle).

The period drama tv series created by Joe Weisberg for the FX has reached its sixth and final season. Set during the Cold War, The Americans is the story of Elizabeth (Keri Russell) and Philip Jennings (Matthew Rhys), two Soviet KGB officers posing as an American married couple living in the Northern Virginia suburbs of Washington, D.C., with their two children. The events of the sixth season, onsisting of ten episodes, begin in 1987. One of the song used for the first episode is Fleetwood Mac’s Gold Dust Woman. The track is from British-American rock band album Rumours and was written by the “Queen of Rock and Roll” Stevie Nicks. 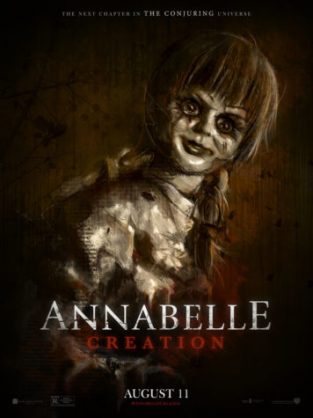