LIVING THE DREAM: Life of the Bollywood Actor – Mark Bennington Living the Dream: The Life of the Bollywood Actor is a visual story with 112 pictures of those who try to make it in the world’s largest film industry. These pictures shot in a unique candid moments and features every actor in the industry right from those starting off to those who have tasted super stardom. Most portraits are accompanied with short interviews of the actor and catch the true essence of those thousands of people who every year come to Mumbai for one single thing – To pursue their Dream. As Karan Johar puts it in the Foreword, “What this book captures is something we have never seen before – it is what life really looks like for an actor in Bombay.” The Life of the Bollywood Actor recently got been published and released as a coffee table book by Harper Collins India. 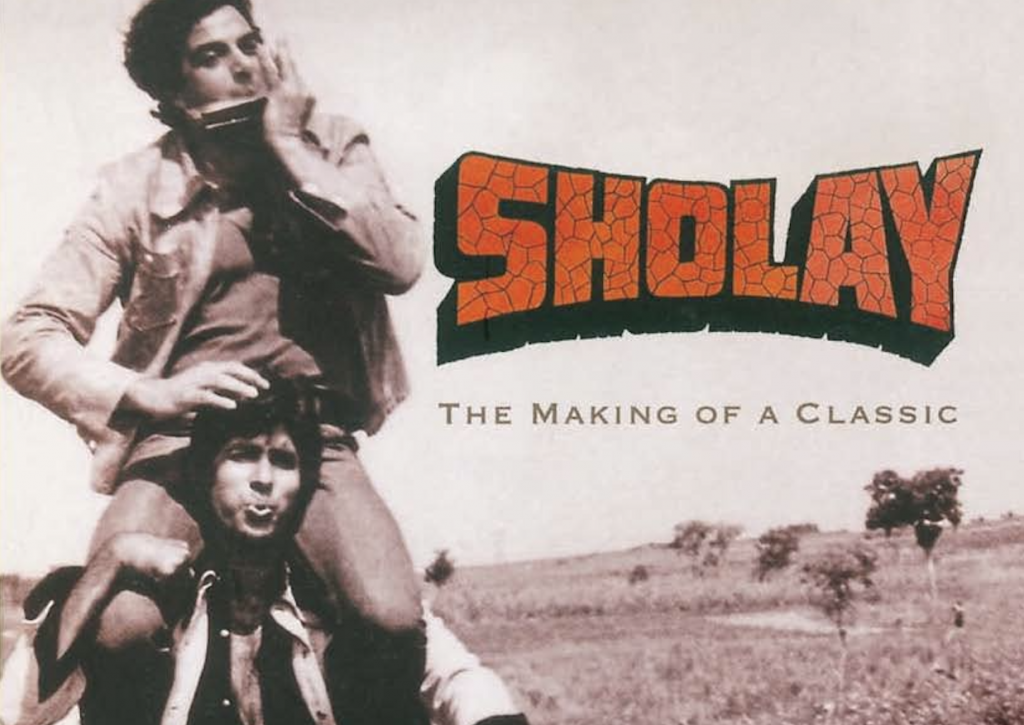 With the skill of a consummate storyteller, Anupama Chopra describes Amitabh Bachchan’s struggle to convince the Sippys to choose him, an actor with ten flops behind him, over the flamboyant Shatrughan Sinha; the last-minute confusion over dates that led to Danny Dengzongpa’s exit from the fim, handing the role of Gabbar Singh to Amjad Khan; and the budding romance between Hema Malini and Dharmendra during the shooting that made the spot boys some extra money and almost killed Amitabh.

BOLLYWOOD: The Films! the Songs! the Stars! An illustrated guide to the world of Bollywood movies, this book provides a visual tour of the glamour and color of Indian cinema along with film stills, plot timelines, star and producer profiles, historical insights, lesser-known facts, and behind-the-scenes gossip. Published by DK with contributions from none other than Amitabh Bachchan himself, this book is surely a page turner! Prepare to be enchanted by the glamour and colour of Indian cinema in Bollywood, a lavishly illustrated celebration of the world’s biggest film industry. Known for their glittering costumes and epic song-and-dance routines, the charming movies produced in Mumbai have captured the hearts not just of Indians but of people the world over. Bollywood takes you on a tour of the many highlights of Hindi cinema, from early films to modern-day creations. 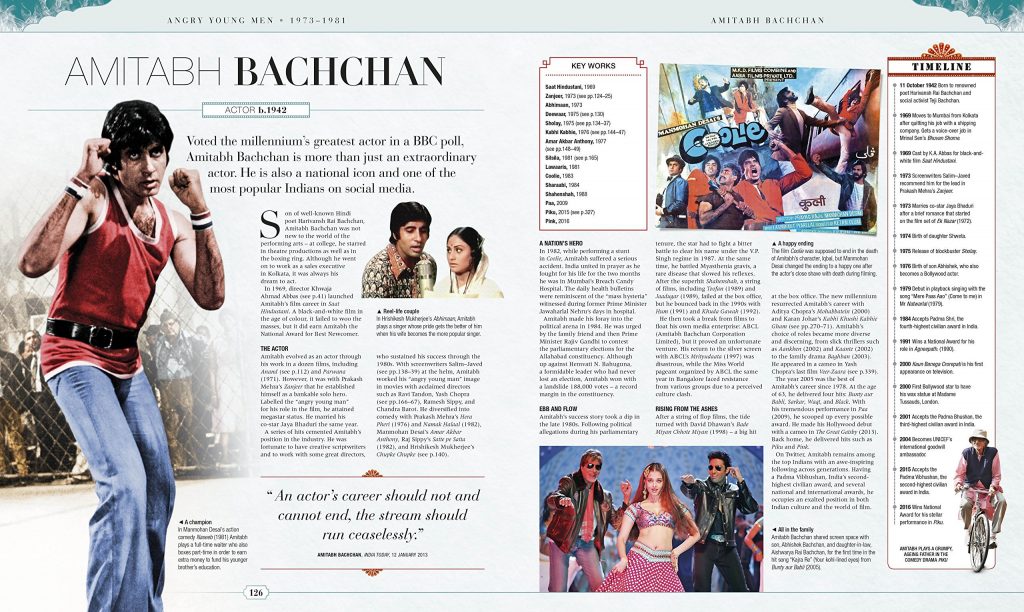 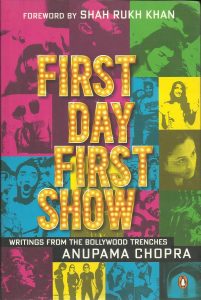 She takes us into the lives of the stars and into the struggles of those who never make it to center stage; she lets us participate in the making of legendary hits like Sholay and Dilwale Dulhaniya Le Jayenge and also the hard-won successes of independent film-makers; she shows us the glamour as well as the murky links with the underworld. There is also the odd story of the royal bodyguard of Bhutan who became a scriptwriter; of the embarrassed Pakistani soldiers at Wagah border who did not allow their favorite Indian superstars to shoot. This book has all the ingredients of a Bollywood hit: there is friendship, love, despair, hope, heartbreak and triumph.

INDIAN CINEMA: The Bollywood Saga – by Dinesh Raheja An encyclopedia of Bollywood films, this book takes readers from the silent era films to the latest box-office hits of the current year. 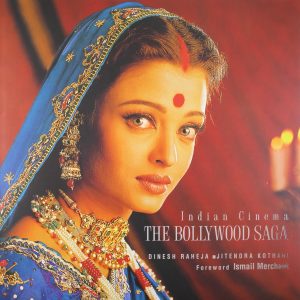 Indian Cinema: The Bollywood Saga a 155 pages coffee table book is written by two of the finest film journalists, this lavishly illustrated title features some rare archival photos collected from all over the country. Special features include pen-portraits of famous actors, trade details, interviews of eminent film personalities and more.