“Giant steps are what you take walking on the moon/ I hope my legs don’t break walking on the moon” Ever since the beginning of cinema, filmmakers have been fascinated with the Moon and space travel (remember Georges Méliès?). With Damien Chazelle’s First Man about to hit cinemas, we take a look at some of the best Moon movies. 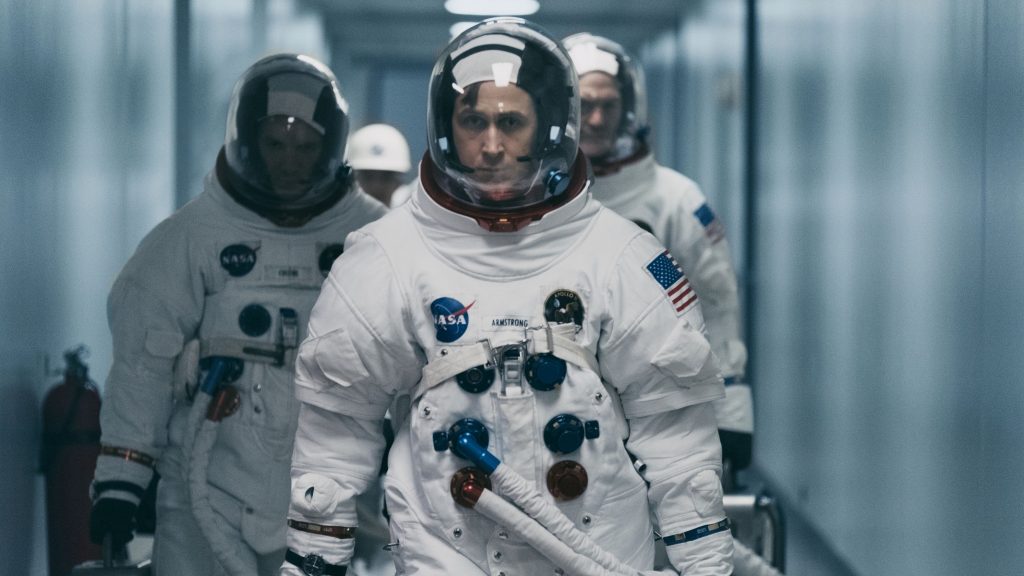 FIRST MAN – Amazingly, this is the first time that Neil Armstrong’s story has ever been turned into a feature film. The title is a little tongue-in-cheek, as Chazelle is keen to show audiences that there were many men involved in the space race before Armstrong. Chazelle takes us through the years leading to the giant step for mankind, and while it’s not the greatest film about the Moon, Chazelle’s movie honours the many men behind the one of the greatest achievements of the 20th century. Gosling and Claire Foy are particularly excellent as Neil and June Armstrong. 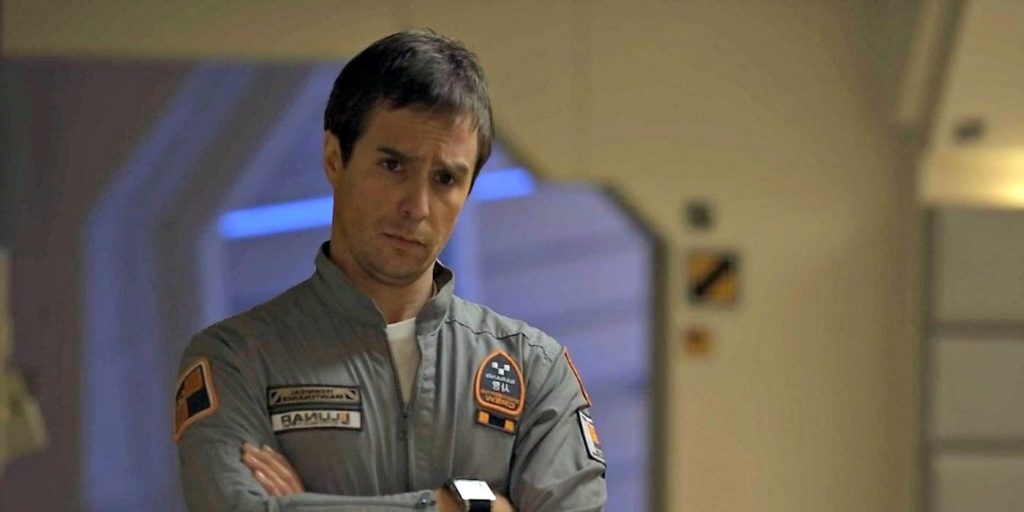 MOON – Duncan Jones’s dad was famous for hits such as ‘Starman’ and ‘Space Oddity’, so it seems fitting that this talented director should make such a great feature debut with a film about the Moon. Starring Sam Rockwell as a man working on the far side of the Moon with only a robot (voiced by Kevin Spacey) for company, this film is at once both scientifically plausible and emotionally engaging. Rockwell is fabulous as a man fighting a losing battle against the awfulness of solitude. 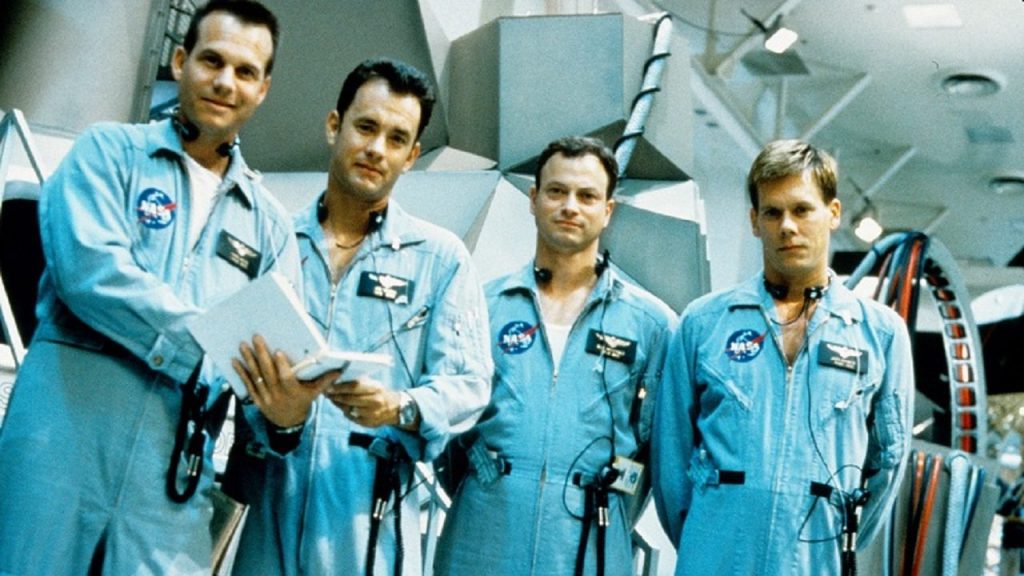 APOLLO 13 – This film pre-dates First Man by over twenty years, but follows the true story of the Apollo 13 mission, which launched just one year after Armstrong walked on the Moon. The mission was a disaster and director Ron Howard focuses on the crew (played by Tom Hanks, Kevin Bacon and the much-missed Bill Paxton) marooned in space working with Houston to find their way home. Howard shows us the amazing ingenuity of the men involved as well as the resilience of the women waiting for their husbands to come back to Earth. It’s a riveting piece of filmmaking that has real emotional power. 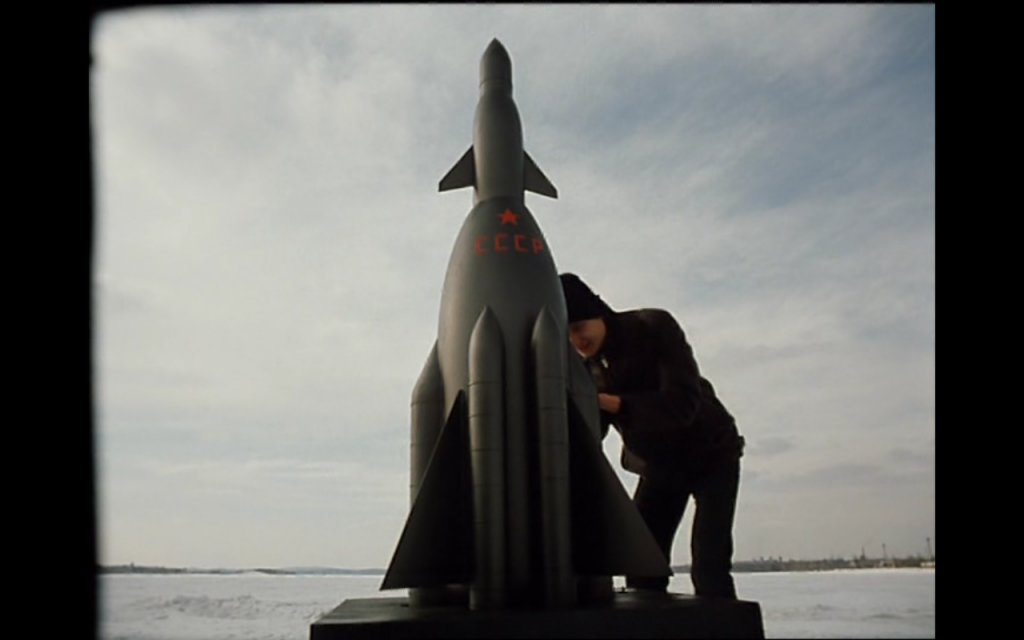 FIRST ON THE MOON – A personal favourite, this black and white beauty is by Russian filmmaker Aleksei Fedorchenko. The mockumentary – much of it in stilted, grainy film – shows that the Russians were indeed the first on the Moon, way back in the 1930s. We see pigs being shot into space after imbibing a bottle of wine, the rigorous selection and training process of the cosmonauts, and the Russian ship approaching the Moon. The film touches on Stalin’s purges, the absurdity of the space race and the intrepidness of those first astro-pioneers. It’s at once both utterly barmy and completely absorbing. 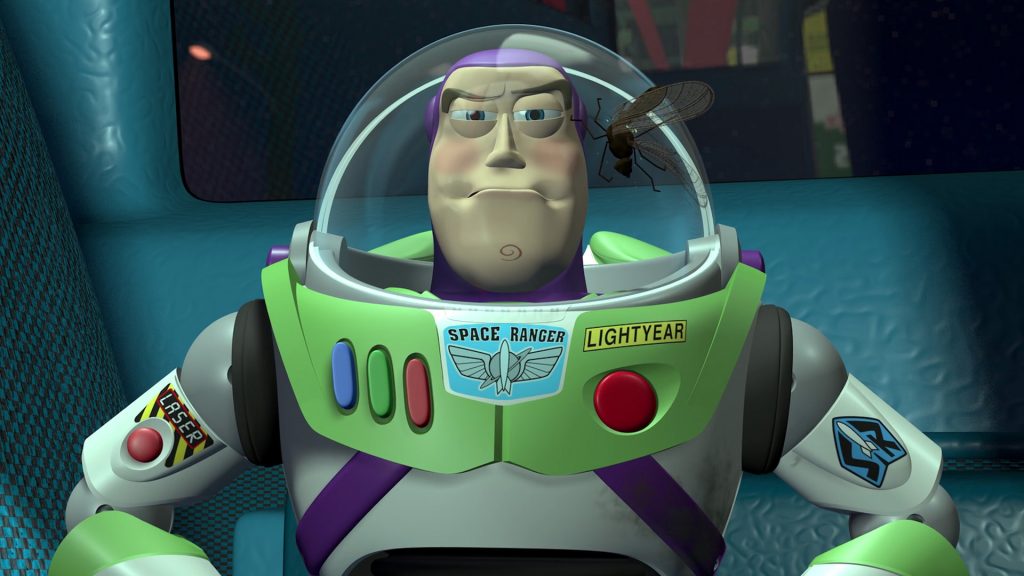 TOY STORY – Though not about the Moon at all, the story has all the elements covered in both First Man and Apollo 13: we have the uneasy cameraderie of the heroes which eventually turns into true friendship; we have a team that pulls together in order to bring its men safely back to home base; it shows the genius of inventiveness in seemingly impossible situations; and we have an actual astronaut in Buzz Lightyear, named after Buzz Aldrin, who of course was the second man to step onto the lunar surface back in 1969. 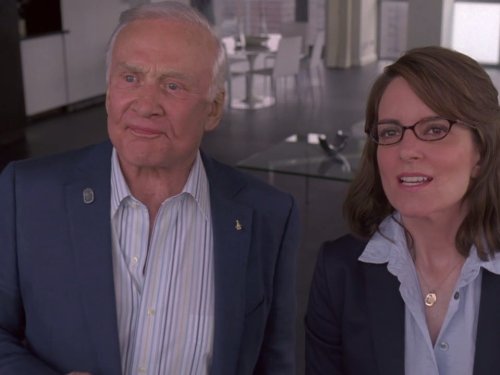 SPECIAL TV MENTION – This goes to the episode of Tina Fey’s brilliant 30 Rock in which Liz Lemon visits Buzz Aldrin to talk about his relationship with her mother. Aldrin has a ball playing an utterly pompous arsehole version of himself, and the scene of him yelling insults at the Moon – “I walked on your face!” – is a comedy gem.