Third entries into popular film franchises are notoriously difficult to get right. For every Toy Story 3 and Bourne Ultimatum there are the second sequels to Blade, Spiderman, X-Men and The Terminator, all of which failed pretty spectacularly in both matching what had come before and successfully building upon their established worlds. Alien 3 was unquestionably a big departure from the previous film’s ‘Nam in space’ action-packed extravaganza, disappointing both fans and critics upon initial release. Yet this third film briefly bucked the ‘more is more’ sequel mentality trend, offering up a brooding and decidedly existential piece of mainstream sci-fi cinema which audience in 1992 simply weren’t expecting or prepared for.

If the ending to Aliens had a fairy-tale quality to it – the survivors all finally safe, tucked up in bed and earth-bound, Ripley wishing her surrogate daughter Newt sweet dreams – the opening (and indeed the entirety) of Alien 3 is akin to a waking nightmare. Any chance of living happily ever after for Sigourney Weaver’s iconic character is suddenly ripped from her when she becomes the sole human survivor after her escape pod when it crashes down on planet Fiorina ‘Fury’ 161. She awakens to find herself in a shaven-headed, all-male penal colony, comprised of some seriously hardened criminals, many of whom have now taken the religious path in seeking atonement for their egregious crimes. Exactly how many finicky studio heads were in attendance when this story was greenlit and the film scheduled for a summer release slot?

In many ways, Alien 3 is the antithesis of Cameron’s bombastic sequel. For starters, there is only one xenomorph stalking the men. Also, owing to the fact that this is a prison planet, all forms of firearms have been prohibited, rendering the inhabitants as essentially sitting ducks. The battle-hardened space marines back on LV-426 were able to destroy an enclave of aliens with one round from their pulse guns. Here, the prisoners have to resort to luring the creature into a series of traps in a plan pulled together by Ripley, who herself has to content with the fact that she has the embryo of an alien queen growing inside her.

It’s rarely you see any film, let alone a big-budgeted sci-fi picture, filled with such unremitting grimness and a genuine sense of impending doom. It’s well documented that director David Fincher had a nightmare of a time on this, his debut feature, clashing with the studio and having to contend with endless day-to-day rewrites. It’s to Fincher’s credit and considerable skills that he was able to still craft something so unique and memorable out of all the troubles and maintain a vision of sorts, however compromised that may have been. 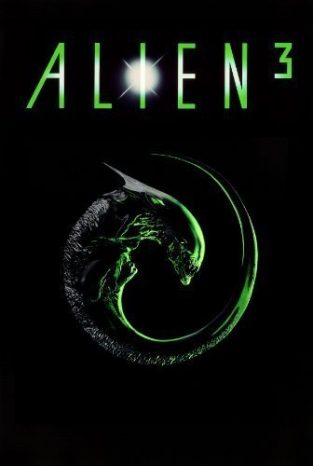