BORN ON THE 4th OF JULY – Many of John Williams’ score have a sweeping, heartfelt majesty, and this is certainly the case with Oliver Stone’s 1989 gut-wrenching Vietnam biopic of patriotic soldier turned wheelchair-bound anti-war campaigner, Ron Kovic. If the theme song starts with a single sobering military trumpet, it soon goes full-on Williams, which is very much in tune with the film’s emotional arc of idealistic adolescence, to the horror of war, back to the rehabilitation and redemption of a disillusioned veteran. The composer received a Best Original Score nomination at the 1990 Academy Award for his efforts here, and rightly so. Williams has since collaborated with Stone on 1991’s JFK and 1995’s Nixon.

HOME ALONE – Much like his Indiana Jones theme tune, it’s hard not to think of Home Alone without William’s impish and whimsical score seeping into your subconscious. Initially, the film’s director Chris Columbus had hired The Monster Squad’s Bruce Broughton to compose the music for his film (Broughton’s name is actually noticeable in some early promo art) but scheduling conflicts meant John Williams came aboard much later in the mix. Outside of his most iconic work this score feature some of the composer’s most beloved work. It also proved yet again that his minus touch hadn’t left him when the film became a surprise mammoth box office hit.

SUPERMAN – Williams’ work for Star Wars and Indiana Jones is the stuff of Hollywood legend, but hovering right next to those at the very top is his astonishing score for the film which legitimised the cinematic superhero mythology, director Richard Donner’s 1978 superlative big screen interpretation of that Americana pop cultural icon. Up there with the greatest scores ever to emerge from the Hollywood dream factory, Williams’ used those similar thundering, epic cues he’d put to devastating effect in Lucas’ space opera to help tell a similarly out-of-this-world fantasy yarn. The promise suggested with the film’s tagline of You’ll Believe A Man Can Fly was undoubtedly achieved, in large part to the composer’s thrilling, grandiose composition.

THE FURY – Contrary to the majority of his work, it hasn’t always been all fun and lightness for the composer throughout his career. That’s precisely why his score for Brian De Palma’s daft but effective 1978 science fiction horror remains a memorable entry into his oeuvre. It hints at something a little darker and foreboding, which represented somewhat of a departure for Williams at that time. But it isn’t all dread. Scattered around the score, there’s definitely more than a playful hint of John Williams mining those kind of older B-movie, Twilight Zone-esque sounds, including the use of a Theremin for added spookiness. An underrated effort from the maestro.

ANGELA’S ASHES – Having brought his talents to films of a much more adult, grown-up nature (he bagged his fifth Academy Award for Best Original Score with 1993’s Schindler’s List) Williams turned his attention to Alan Parker’s 1999 adaptation of Frank McCourt’s gloomy Ireland-based memoir. This was Williams scaling it back considerably, and his austere piano work chimes perfectly with the downbeat subject matter of poverty, alcoholism and failed dreams. John Williams bagged himself yet another Oscar nomination for his efforts here, and the score once again showcases his versatility and skills at sculpting something very different outside of that populist, audience-pleasing Spielberg pairing. 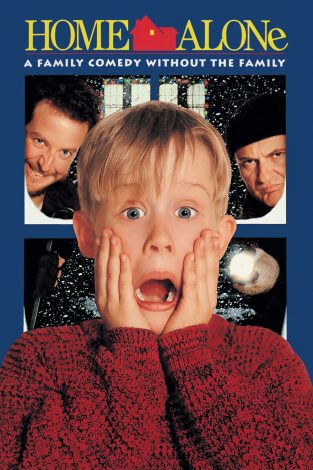